In theory, I should like the North Vancouver ICBC building - it adds diversity to the normal slabs of concrete and glass.  But it's a tough building to love.  For one thing, it looks like it is built out of some kind of enormous child's construction set, maybe a failed competitor to tinker-toys.  The building itself is hidden by the thick white (or formerly white) tubes that seem like obese scaffolding or maybe immense udon noodles.  There are so many white tubes at various angles in some places that you wonder if the architects actually calculated the forces, or just thought "If we put in enough braces, it's bound to remain standing."  On the other hand, it is cheerful to paint a sky-blue building on a day when the sky is concrete-grey. 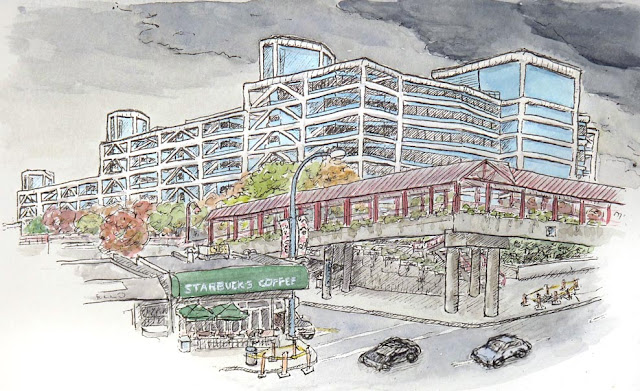