The Cypress ski area reported that they had 151cm of snow, which means there was actually 30cm.  Their exaggeration factor is 5 in the early season, but it declines to about 2 later in the winter.  The snow was frozen solid after rain last week, so I walked to the Bowen Island lookout and to the Howe Sound Crest trail carrying my snowshoes.  It was warm in the sun at the lookout, until the bank of fog seen in the distance here swooshed in.  It was paint-freezing cold in the forest when I drew the huge cedar snag, so I left it uncoloured.  A sapsucker was working the hemlock tree I was sitting under.  He apparently thought I too was frozen solid, so he came within 6 feet of my head. 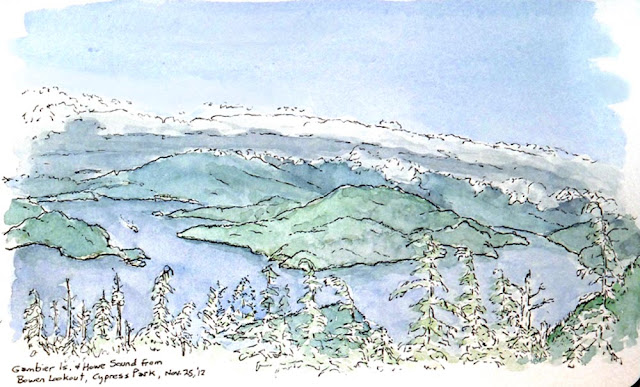 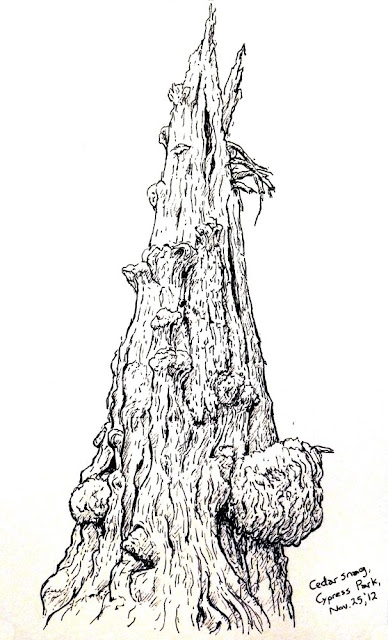