I was in Edmonton a couple times in the last two weeks.  It was nice fall weather, and I was on the top floor of the hotel both times, so great views.  It was still getting light early enough that I could do some drawing and painting before heading off to all those very important meetings in windowless rooms that occupy most of the daylight hours.  The first drawing is pen one morning and watercolour the next.  I was going to do that again on the second trip, but the sunrise further to the east was too spectacular (and fleeting) to resist on the second day. Even with just two weeks, there was a lot less time for drawing between dawn and off-to-meetings on the second trip.  Pretty soon the days will be short enough that it will be dark going into the meetings and dark coming out. 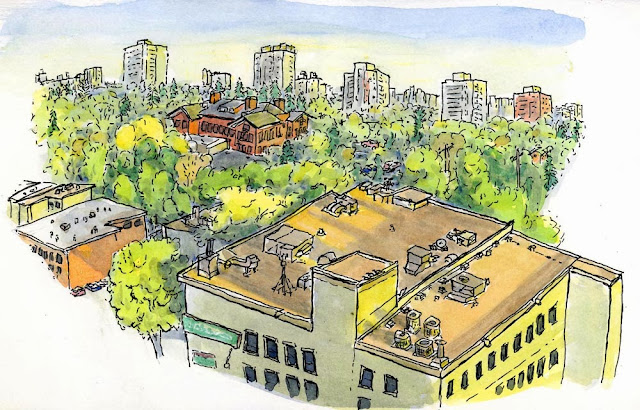