For those who missed the lunar eclipse early Tuesday morning, here it is.  It was cloudy - as expected in Vancouver - when I first checked, but a strong, warm wind came out of the south and started breaking up the clouds just as the edge of the moon emerged from the Earth's shadow.  The shaded part was still a brownish red, mirroring Mars, which was not too far away in the sky.  It was a memorably surreal scene as the city-lit clouds streamed by. 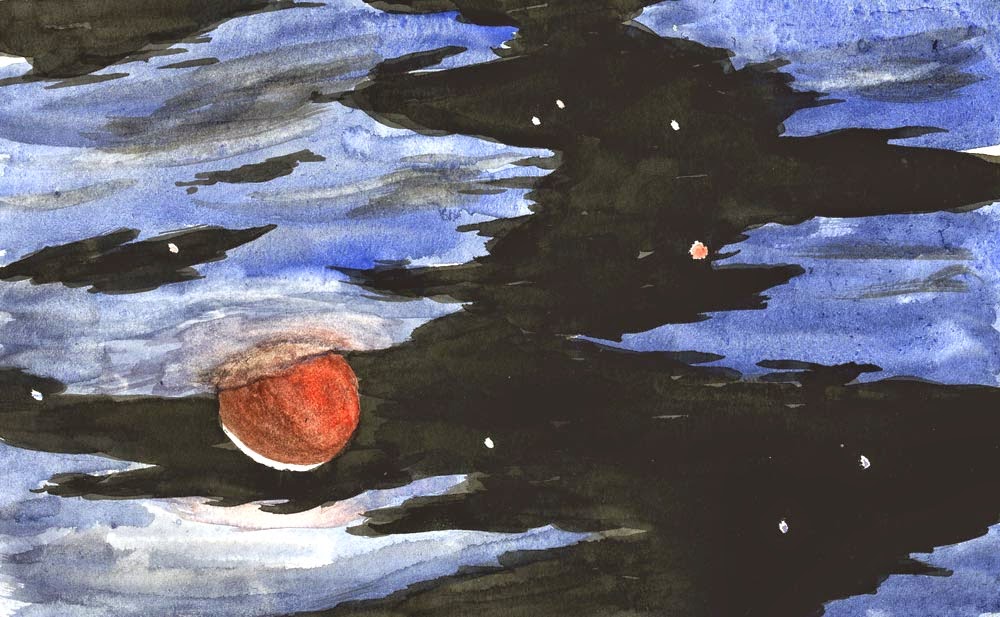