A tale of two habitats

I did my annual bicycle pilgrimage up the Seymour River on the weekend.  It's the easiest place to ride to to hear blue grouse for my annual non-motorized bird list (birds seen or heard in places you get to from home without involving a motor).  There is also a stand of truly magnificent Sitka spruce trees.  I drew an area of "habitat enhancement" (according to the sign).  It was cold and damp, and downright gloomy, with the only signs of life being two chickadees, a forlorn mallard and one water strider.  It's really meant to be enhancement for salmon and trout fry, and even they were missing from the lifeless black water.  My drawing was quick, because it wasn't a pleasant place to be.  I then moved to a natural side channel on the river, and it was full of creatures: mergansers, rough-winged swallows, band-tailed pigeons, flickers, sapsuckers, several warblers, two vireo species, flycatchers, robins, jays, a kingfisher, two deer, and tracks of a bear and a weasel.  It didn't hurt that the sun finally came out when I was there.  But I think there's a lesson about trying to engineer something like "habitat" that nature is pretty good at making herself. 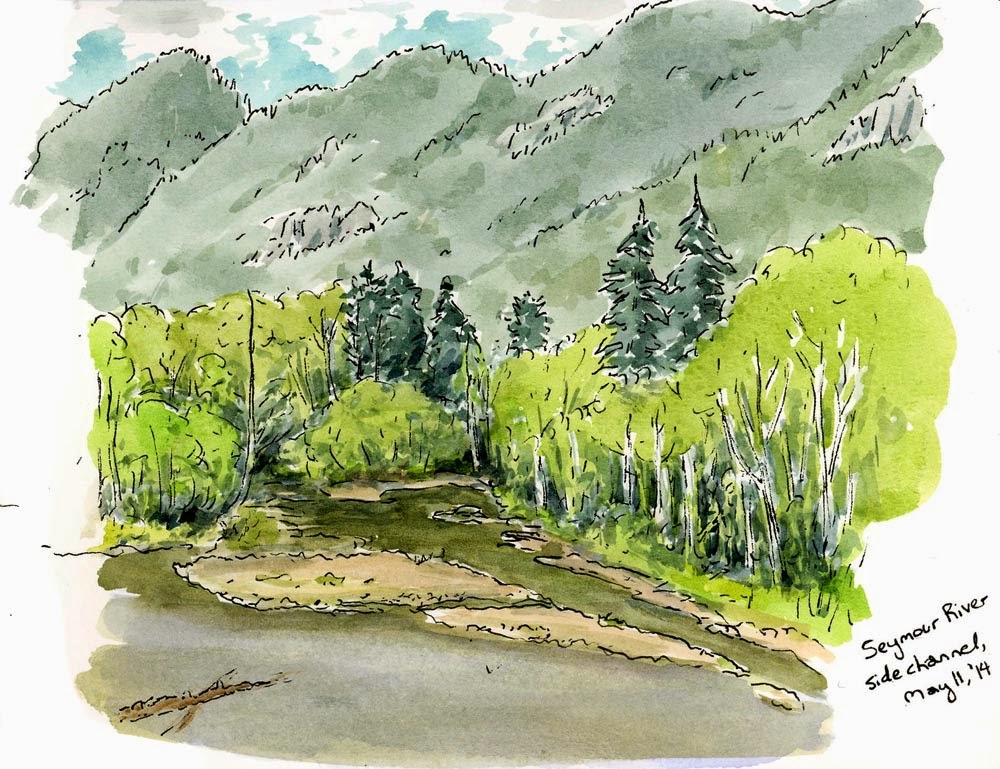