New Mexico: Georgia on my mind

We spent a weekend in and around Abiquiu, long-time home of Georgia O'Keefe.  It was wonderful to stay at the Old Abiquiu B&B on the Rio Chama, with the entertaining hostess and a well-known Taos artist as the other guest.  Both had one-step removed stories about their famous compatriot, told by people who worked for her when they were young.  She was, perhaps, not the most easy-going person.  It was equally wonderful to be able to paint, in my limited way, in the same places she painted, including the White Place (Plaza Blanca) and Ghost Ranch.  Her legacy continues, not just in the way that people see landscapes (and skulls, and flowers, and views from planes), but also more directly: Abiquiu has a population of almost nobody, 39 of whom are artists who had their studios open that weekend.  A place you don't have to feel the least bit self-conscious pulling out a sketchbook. 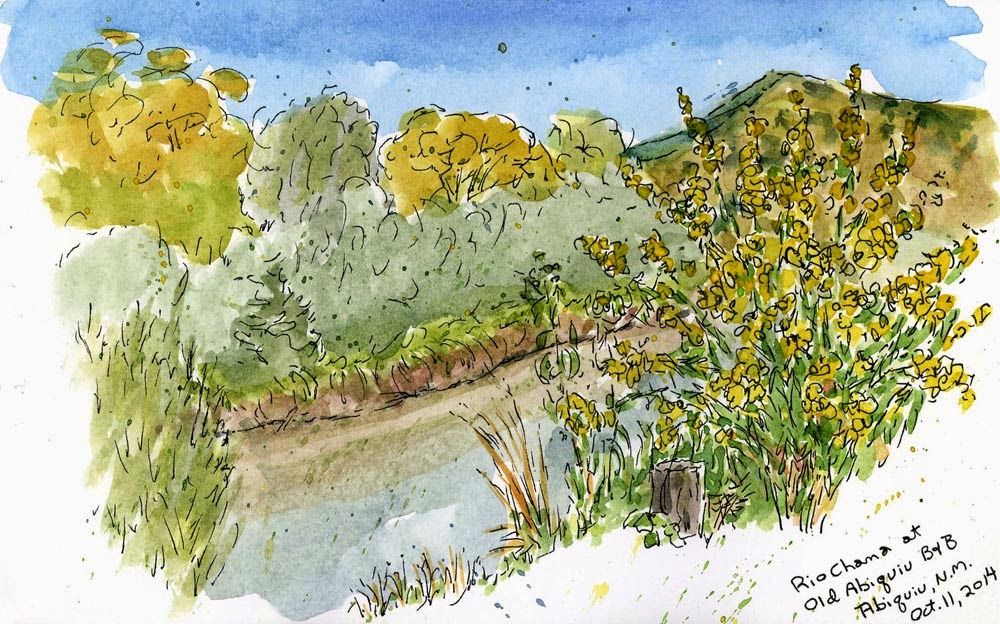 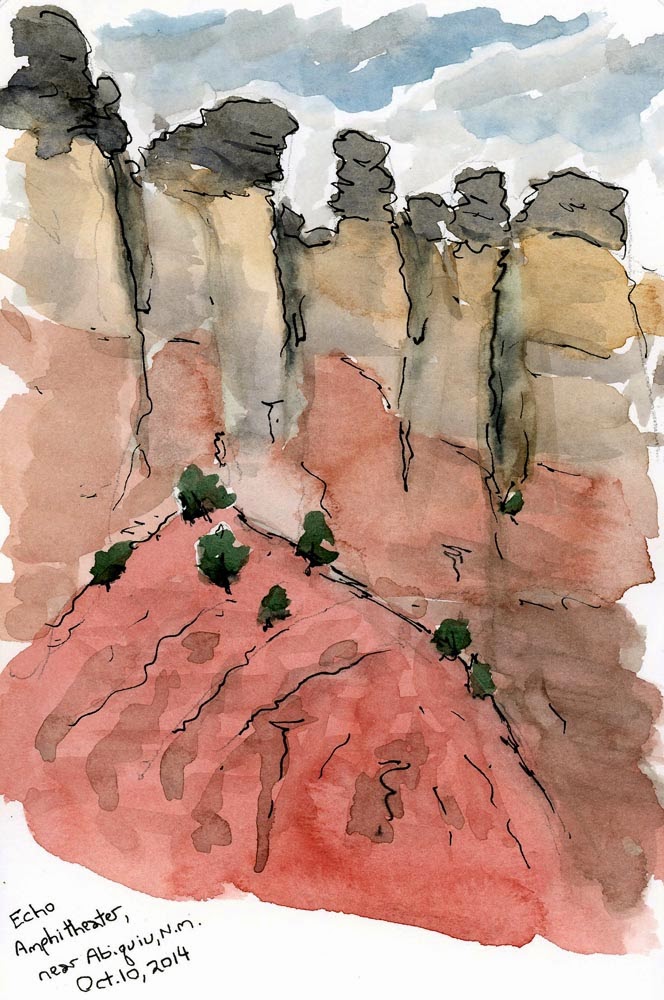 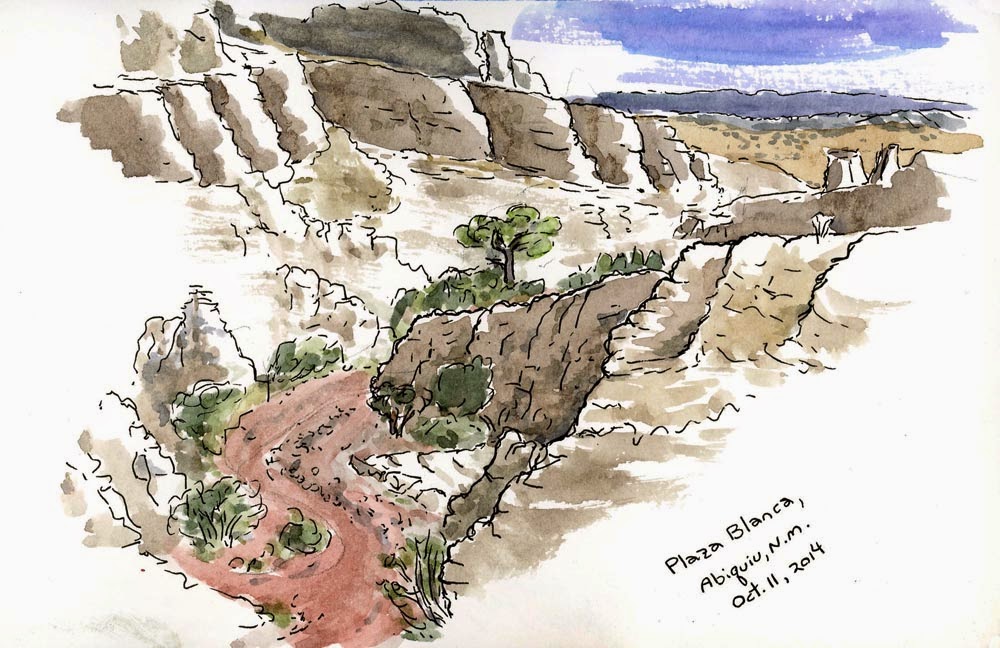 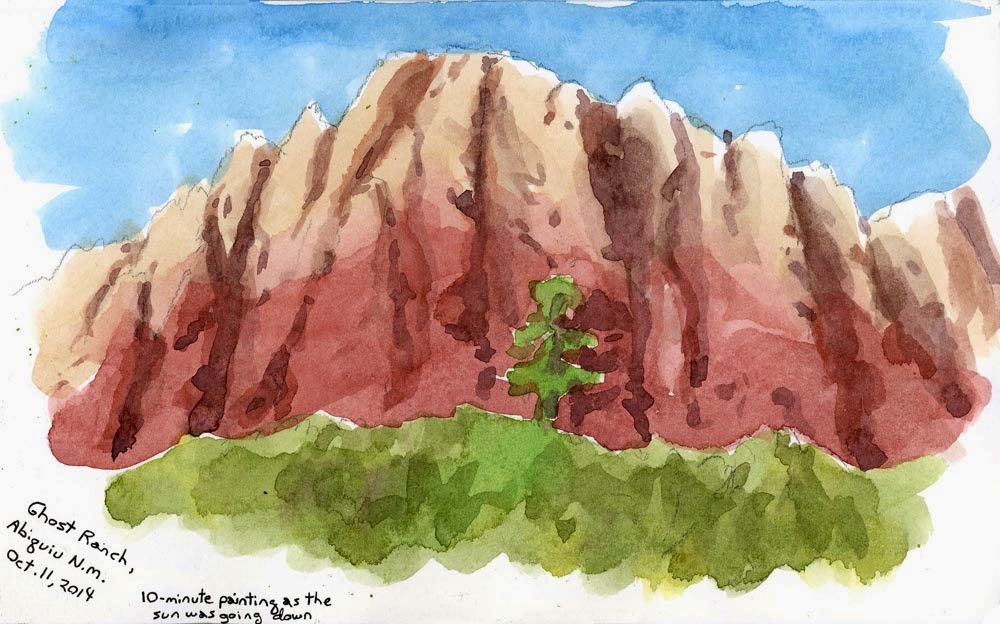 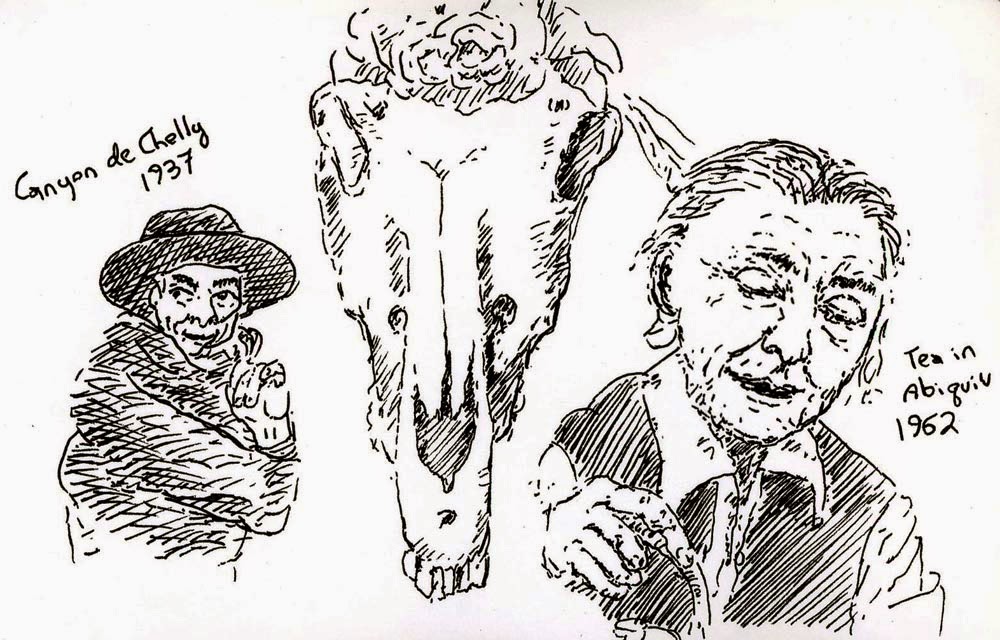