Up and down a sunny Lonsdale

Warm sunny holiday Mondays don't happen very often in February, so you have to pack a lot in, including 3 blocks of Lonsdale sketching.  I did all three in water-soluble pen and watercolour - a combination always right on the edge of big-black-blob disaster, but it forces me to keep the lines simple and it's just not an option to overwork the watercolour.  I got all three done within two hours, including riding time.

The top of the three was above 29th St, home of the Queen's Cross pub.  It's mentioned in Spirit of the West's The Crawl, so the verbal part of my mind was "We're good old boys, we come from the North Shore..." the whole time. 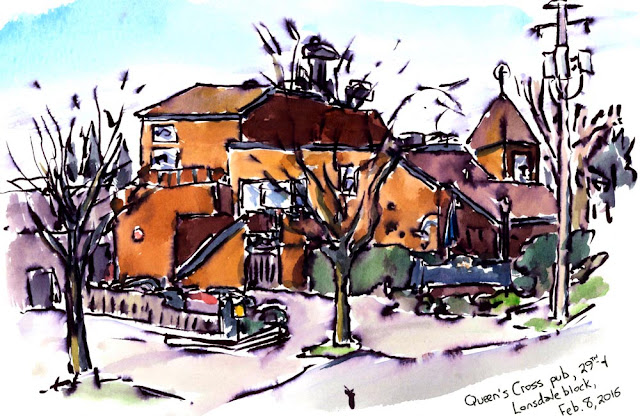 Then ten blocks down to 19th, where there are - remarkably for North Vancouver - five restaurants in a row without a single sushi place. Just Thai, Szechuan, pizza, candy (not really a restaurant, and for lease - it will probably become a sushi place) and Malaysian. 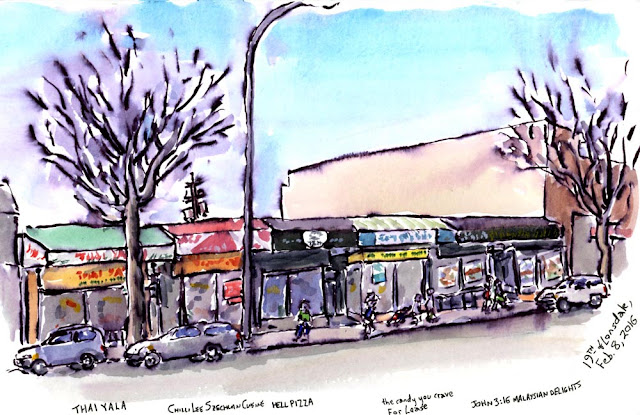 And all the way down the hill to the block above Esplanade.  Aldo Leopold wrote "The sadness discernible in some marshes arises, perhaps, from their once having harbored cranes."  The sadness discernible in this building arises from it once having harboured Paine's Hardware, a place with as much history as the rest of North Vancouver, and which always had the obscure bolt you needed, on the top of a shelf in the basement, where it had been waiting for you for 50 years.  It burned down (accidentally?) several years ago, and is now just a facade in front of condos, with a spa and an "integrative pharmacy." 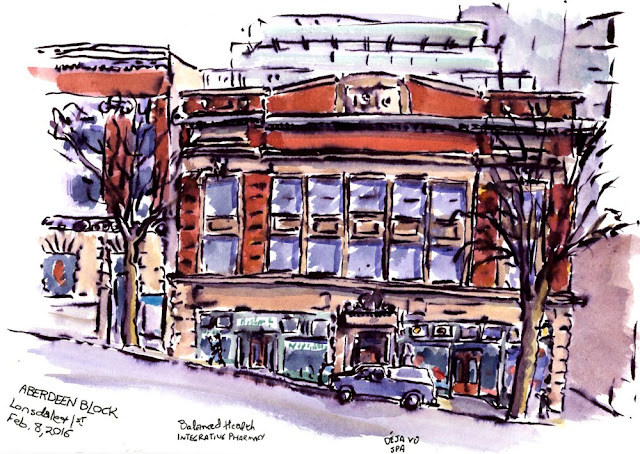