I got to our Southampton on Thanksgiving weekend.  A local bylaw states that at least 75% of anyone's artistic output has to include a lighthouse, of which there are three nice historical examples.  I did 4 drawings, so I was allowed to do one of the lighthouse-free one-block main street, on the Day After The Summer People Leave.  It must be a great day for the local residents, although they certainly didn't show it by parading up and down the main street. 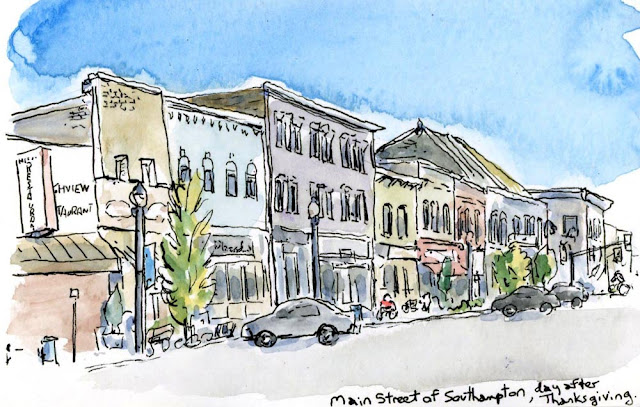 The lighthouses are classic - a large old stone one on Chantry Island offshore, and a wooden one on the dock at the mouth the Saugeen River.  I drew the island from dunes at the end of the beach, which were scraggly things when I was a kid but are now a flourishing ecosystem after active restoration. 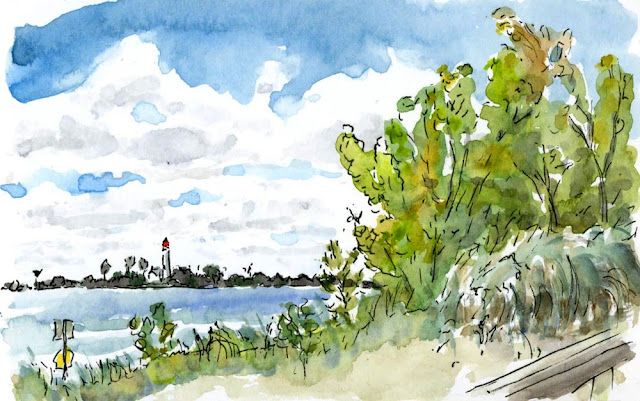 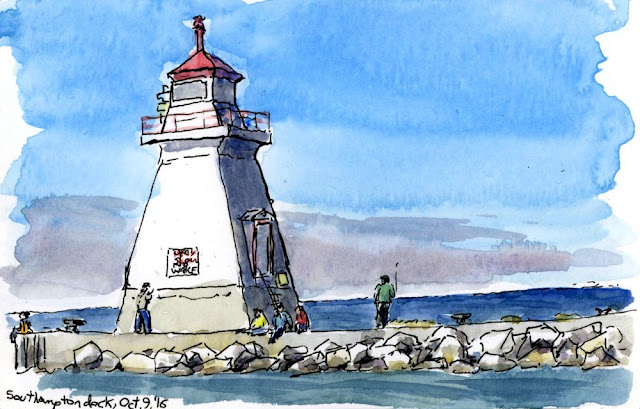 And following that other rule that says you have to finish a slide show with a sunset picture, here's a quick sketch of one over the lake.  (The little vertical line at the far left is a lighthouse, so I'm okay there).  I used a technique I saw in an Alan Fletcher book - putting an intense drop of paint right at the horizon when the washes for the lake and sky were still wet, and letting that give you whatever sunset you happen to get.  It's hit or miss. 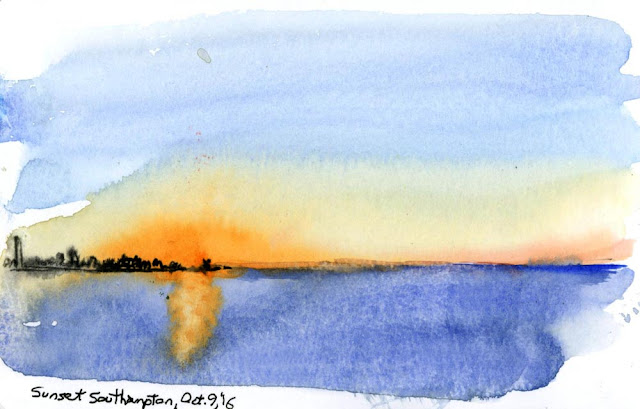