I spend a lot of time at Maplewood Flats this time of year, watching the passing waves of migrating birds.  It's funny how different habitats have different psychological feelings.  The Swamp is flooded in spring, the willows and alders twisted and covered in moss.  It seems forbidding; the word "dismal" comes to mind when you look at it; there's something primeval, or at least medieval, about it.  The West Pond, on the other hand, is a happy little habitat.  Turtles bask, dragonflies flit, ducks do ducky things.  It always seems to be cloudy, rain threatening, when I walk by the swamp.  Two minutes away, the pond glints in warm sunlight.  These feelings make no sense, except that we are also creatures of habitat - something bad must have happened to some distant ancestor in a swamp somewhere. 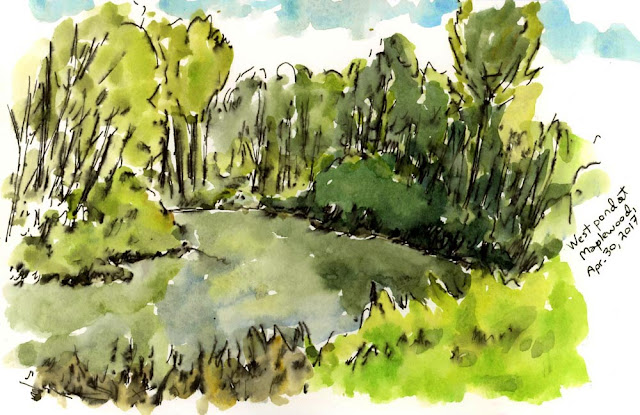 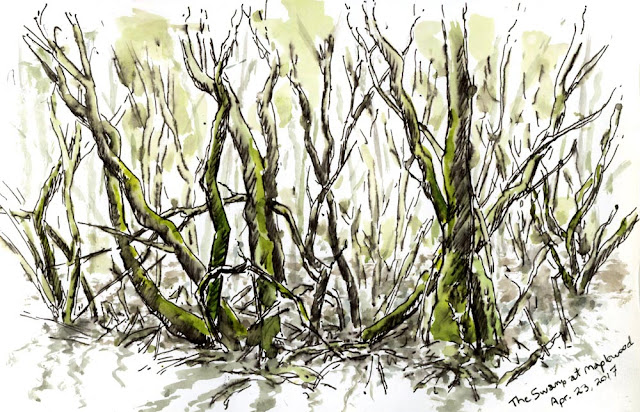 On a different theme - "Draw your food" - here is a Maplewood delicacy, the fertile fronds of the giant horsetail.  Essentially nothing has eaten horsetails for the last 300 million years, and for good reason - they are full of silica, so it would be like eating a sheet of sandpaper.  An exception is the young spore-producing stalks of the giant horsetail.  When the dark brown bracts are removed, the stem is crunchy, juicy and vaguely celery-like.  Which is actually not very exciting, and you probably wouldn't want to eat too much of something tough enough to survive 200 times longer than our species, but it is worth a nibble at least to celebrate the spring season. 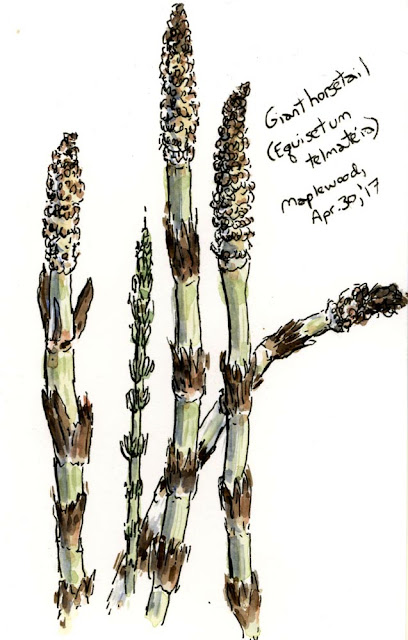