Last of the snow?

It was a fairly epic snow year on the local mountains (as I'm sure the ski areas said many times).  Nothing like when the old-timers were kids, of course, but nothing is.  The summer sun is finally starting to win, and the snow line was just below our Hollyburn cabin last weekend.  But the peak is still covered in deep snow, and the skiing is awesome (to again quote the ski areas).  It was colder drawing the last patches of snow in the Marr Creek valley than it was on the peak - cold air was pouring down the gully, even as the sun warmed the top of the slope.  The peak was bright, sunny and warm, with views in all directions including the ocean to the west.  Hoverflies were staking out their minute territories on the peak, waiting for that hopeful day when the last four or five meters of snow melt. 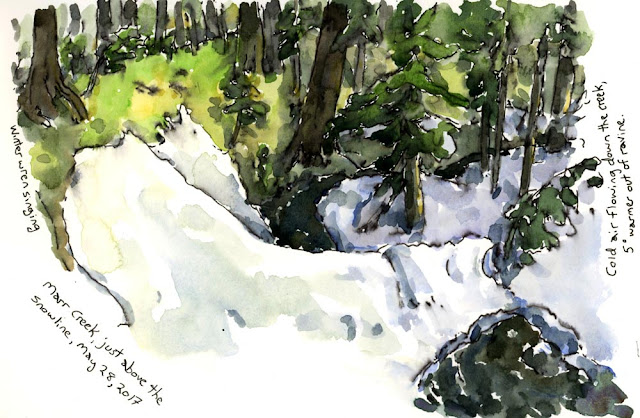 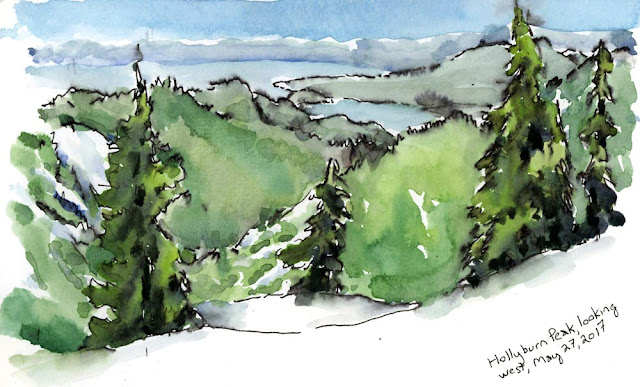 Down below, the world is full flower.  At Maplewood, the purple lupines are competing with the yellow buttercups to see who can be more complementary.  And at home, the hawthorn is briefly hiding its deadly thorns with a huge mass of little white flowers. 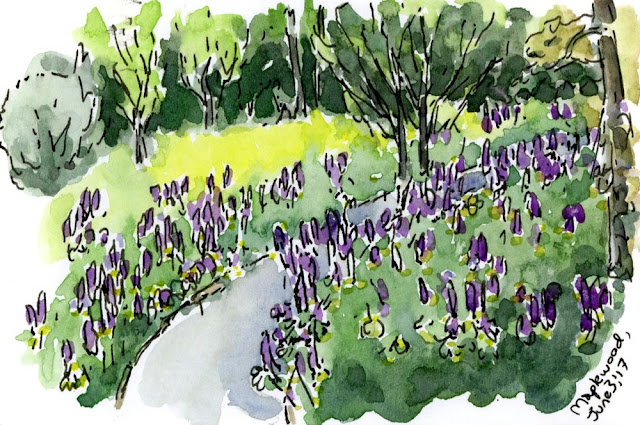 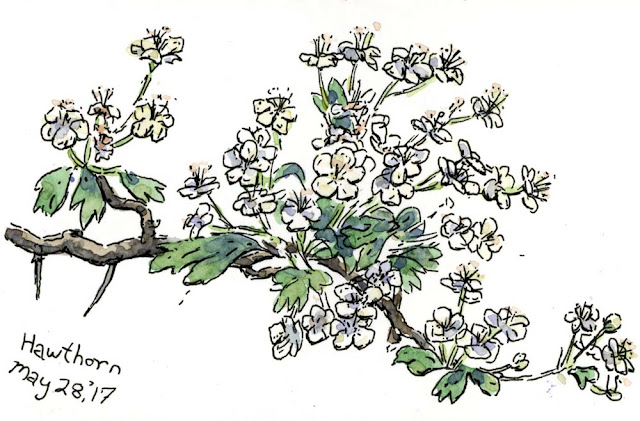