The longest journey starts with ... an even longer flight delay.  But, really, that's just an extra four and a half hours of drawing time (except for the two hours spent waiting in lines to try unsuccessfully to get on an earlier flight).  The Air Canada service people showed remarkable consistency, at least for us economy-class passengers: 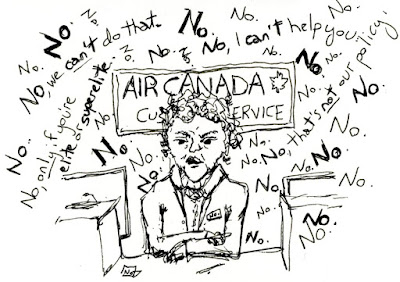 Airports are much like one another, but the view is nice in Vancouver.

There was just a little daylight left once the flight finally got going, enough for a quick sketch of clouds over the mountains in British Columbia. 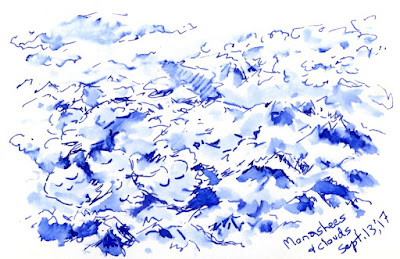 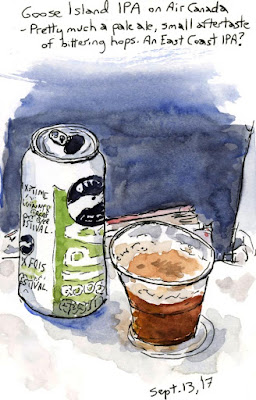