Grand Boulevard in North Vancouver was laid out in 1906.  At over 100m wide, it was meant to be the widest boulevard in the world - apparently a point of pride for some city planners.  More practically, 1906 was also the year of the San Francisco earthquake and fire, so the wide boulevard would (will?) also serve as a firebreak.  There was a rule stating that houses had to cost at least $4,000 to build, to keep out the riff-raff.  That's about what an upscale birdhouse costs in the area nowadays.
Grand Boulevard is also home to some grand trees.  The huge beech was almost certainly planted during the initial development.  I'm not sure about the katsura, but it is an impressive tree - the first to change colours in the fall and the first to lose its leaves. 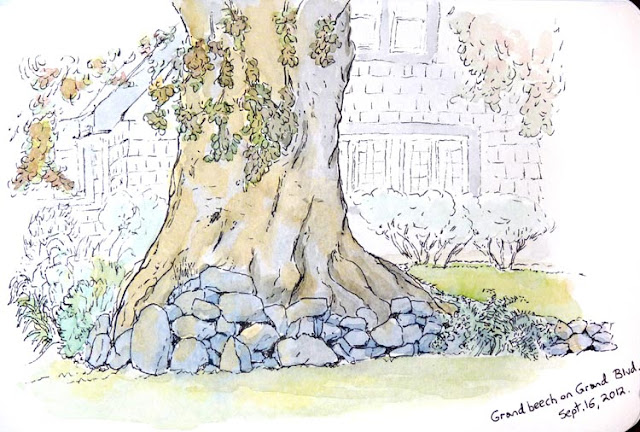 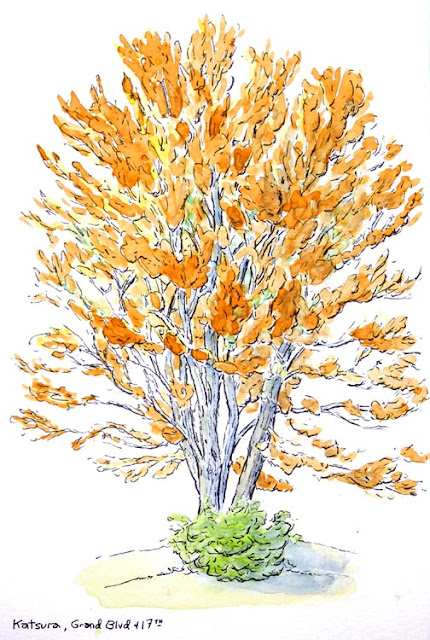