Our local elementary school is one of the oldest buildings in North Vancouver, built in 1911.  It recently underwent a 2-year "seismic upgrade", which removed and replaced almost everything except the front facade and the clock tower.  (This included 2 weeks unaccountably spent lifting large boulders with the construction crane and then dropping them - making authentically local gravel?).  It was easy to say "They could have torn the whole thing down and rebuilt it in half the time."  But when I drew it, I realized how many layers upon layers of details there are in the brickwork and masonry - probably no one has the skills, let alone the budget, to do that anymore.  We probably wouldn't have separate entrances labelled "Boys" and "Girls" anymore either.  The two sequoias out front must also be around 100 years old, and are pretty amazing in their own right. 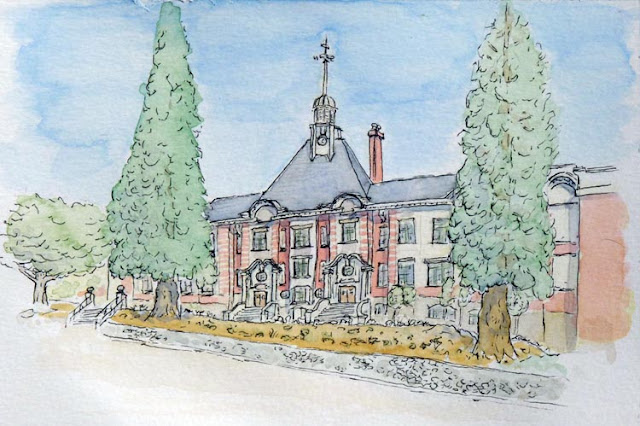 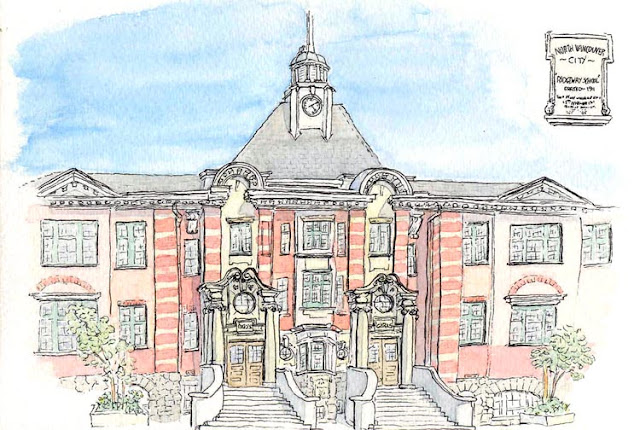