The old airport in Quito was right in the city, with a short runway surrounded by buildings and roads, not to mention mountains.  A much safer new airport has recently opened outside the city.  The only downside is that they haven't built roads to it from Quito yet, and none of the existing roads in the mountainous area go in any one direction for long.  This makes a long, slow and highly unpredictable journey from airport to city.  So our first and last nights in Ecuador we avoided the city altogether and stayed in the little village of Tababela near the airport.  It seems like a prosperous little place, soon to be more so, as the spare bedrooms in every other family's house are becoming "Quito International Airport Suites", "Airport Hotel Quito", or some variation thereof.  Our version was cheap and good, and the friendly owners arranged a cheap pickup ride for us to Otavalo the next morning. 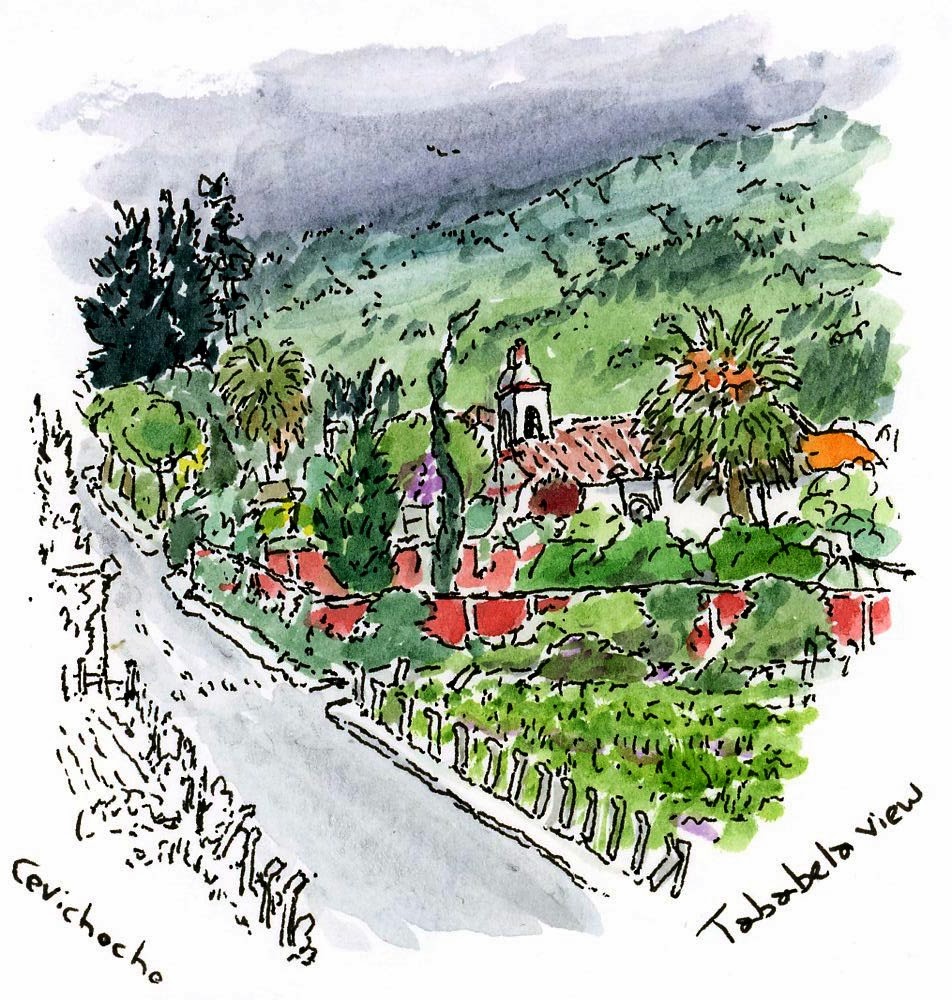 Otavalo is a town of mostly native Andean (Inca) people about two hours north of Quito.  It has the biggest indigenous market in South America on Saturdays.  We arrived on Friday, so spent the day walking around town, including the central square with a bright green city hall, then out through surrounding fields and forest to a big waterfall, and on to the native village of Peguche, which is famous for its weaving.  It's a small, dusty village, but thriving, because the weaving is excellent and the people are savvy enough to sell the best work to North American and European markets. We also started to learn Ecuadorean food in the market, including llapingachos, fried potato and cheese dumplings served with a fried egg, rice, beets, beans, peas and - for the intestinally daring - salad.  All for $1 (the US dollar being the official and only currency in Ecuador). 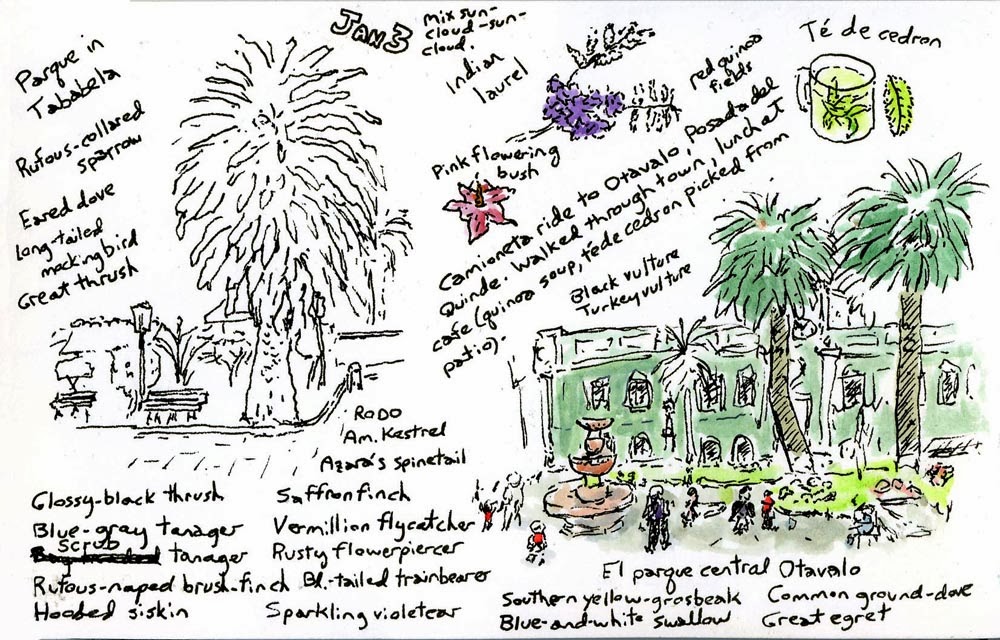 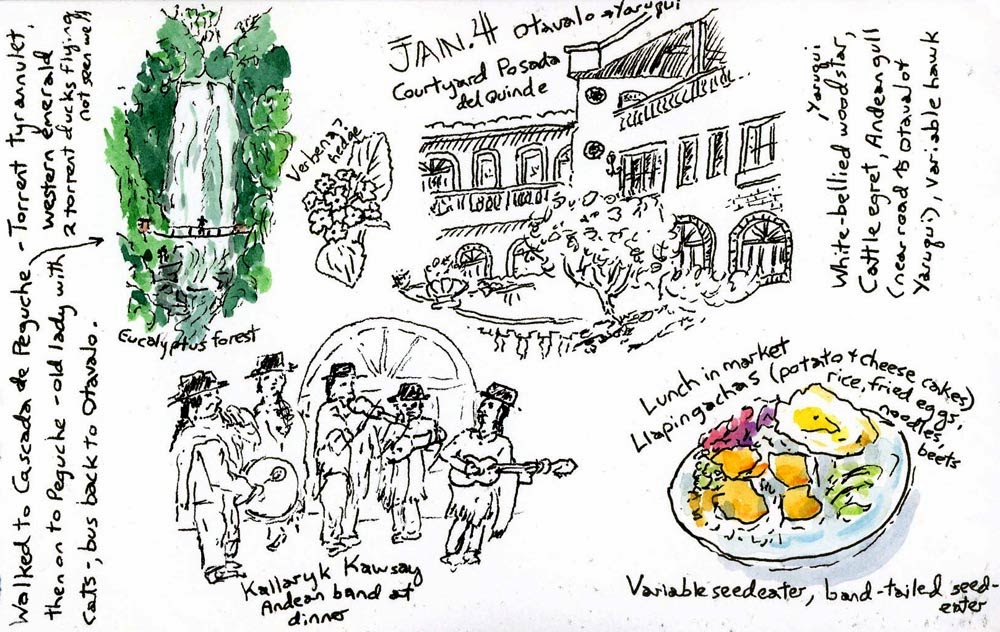 The Saturday market is an amazing event, with pretty much the entire town full of people selling or buying almost anything imaginable.  The "official" events are the textile market in the Plaza de Ponchos and overflowing for several blocks, and an animal market on the edge of town, but anything else people need for the week is there someplace too.  It is clearly the major social event of the week for everyone in the surrounding area, who pour into town from the buses along the highway.  The crowd was about 90% native, 9% Spanish (half a head taller) and 1% gringo (full head taller).  Many people sit with an armful of corn or a small basket of quinoa to sell - the economy is small-scale enough that that is a worthwhile economic venture for the day, but I think the opportunity to gossip with neighbours is the big incentive.  And to laugh at the crazy gringo being buffeted by the crowd as he tries to draw the impossibly busy scene.  After the market, we hiked up a hill above town, in the noticeably thin air at almost 3000m, towards a sacred tree on a summit with great views down to the town, a nearby lake and the surrounding volcanoes, then scurried back to Quito for our flight to the Galapagos early the next morning.