I spent the better part of a few days sketching in Montreal last week.  The old stone and brick buildings of Old Montreal and the McGill area were a big appeal to someone from a city of (mostly) wood, glass, concrete and grey stucco.  The first drawing is an old limestone-faced building right outside our hotel on Rue Saint-Francis Xavier in old Montreal, catching the early morning light on the summer solstice.  Next is a grand brick house dating from the late Victorian era, now part of the faculty of medicine at McGill.  I sketched it quickly with water soluble ink and watercolour, so that I wouldn't be lost forever drawing all its details.  The third is one of the many row-house type buildings in old Montreal with stores down below and apartments or offices above.  There seem to be three main types: brick, beige stone and dark grey stone.  They're interspersed, and make nice contrasts and a sort of rhythm as you go down the street: brick, brick, brick, beige, grey, beige, brick...  I was attracted to this one by the lines of black and light-coloured bricks - an architectural coral snake. 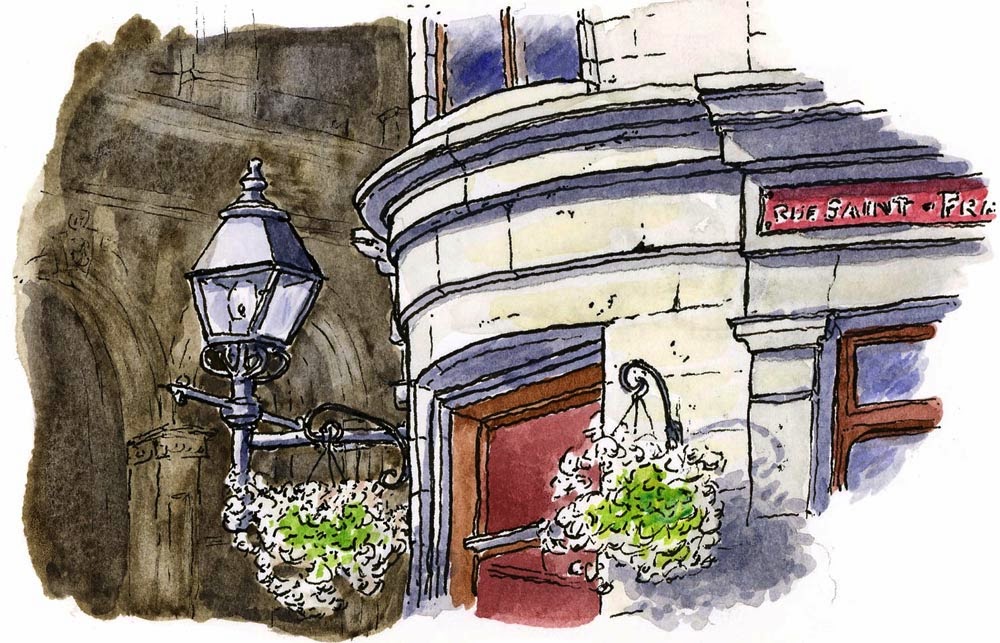 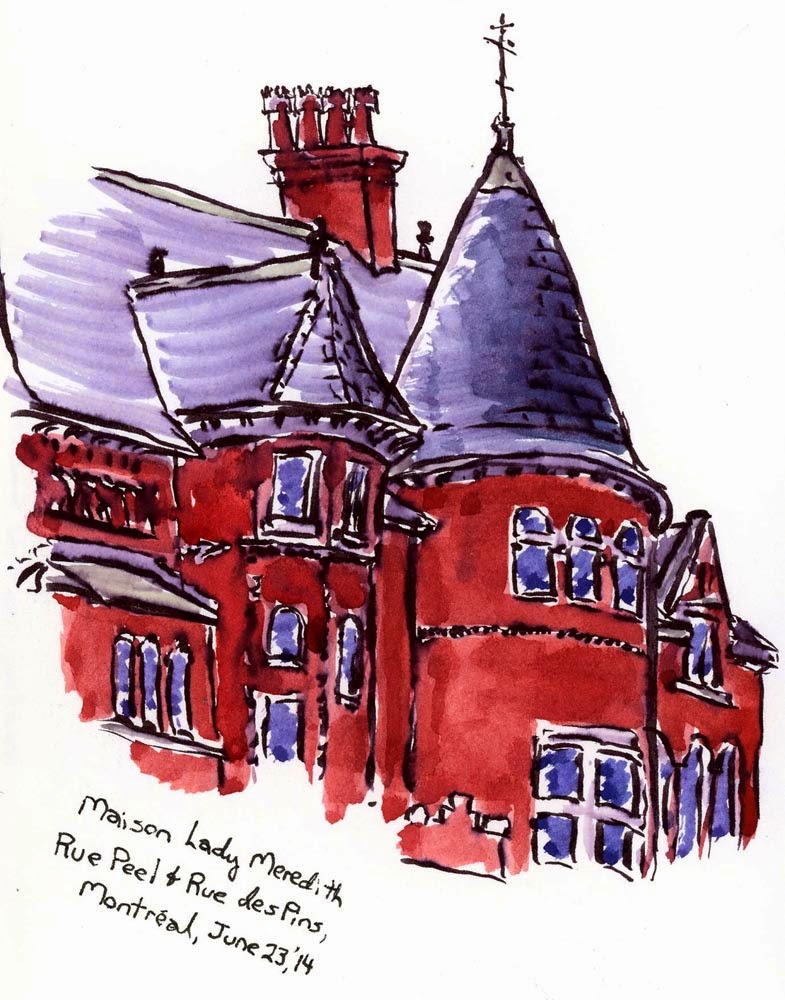 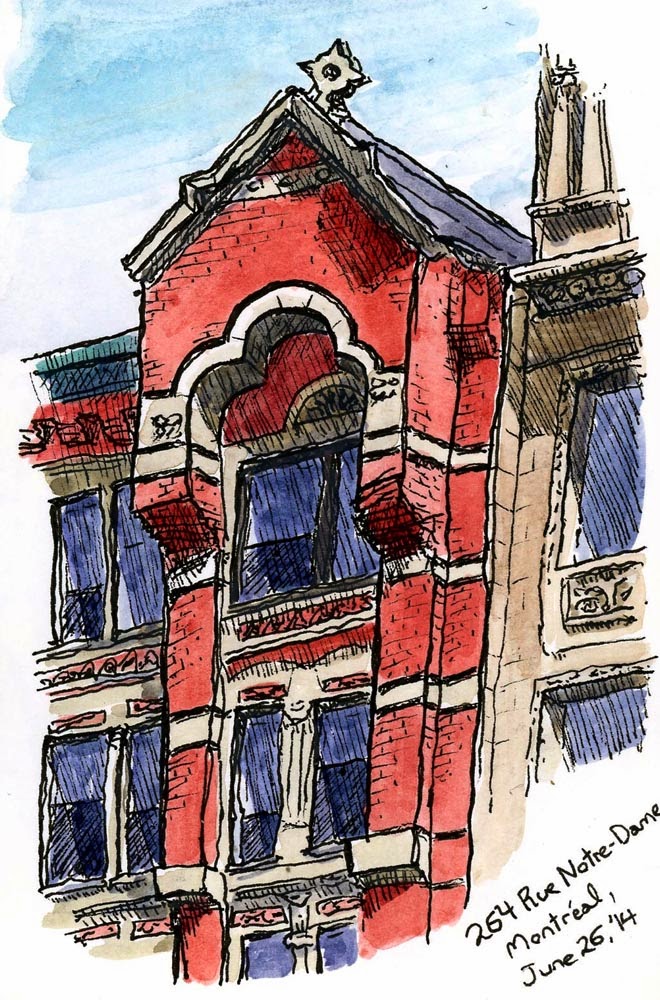