Our hotel in Old Montreal was beside Place d'Armes, a large square that has been a public space since the 1690's.  It is surrounded by grand buildings, most notably Notre-Dame basilica, with its ornate Gothic Revival towers and arches.  The limestone-clad Art Deco Aldred Building from 1931 holds its own in that august company, as does the brick Victorian-era New York Life building.

A statue in the middle of the square honours the founder of Montreal, with various characters from that time on the corners of the monument, including an anonymous Iroquois (looking stealthy, because they are cast as the villains of the piece, attacking the new settlement); Lambert Closse, defender against aforementioned stealthy Iroquois (and dog, whose name is lost to history, or at least to Wikipedia's version of it); and Jeanne Mance, also an original settler and the only nurse for the first few decades (seen putting a crying child in a headlock, which I'm sure was standard medical procedure at the time).  This is the most spectated-on drawing I've done, with a crowd of up to 20 people watching me at times, complete with photos, videos and at least one selfie - smile, you're a tourist attraction! 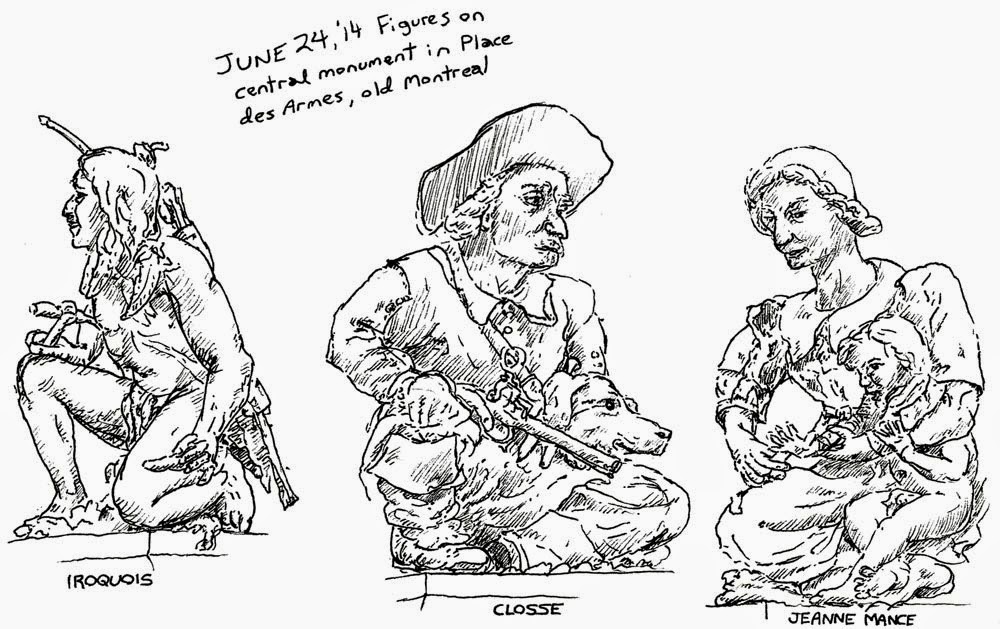 I drew the basilica at twilight, with a 1960's black office tower looming ominously behind.  I wasn't quite brave enough to add in the dark sky, for fear of converting the whole thing into a black scribble of ink lines.  But the church was particularly impressive spot-lit against the dark sky. 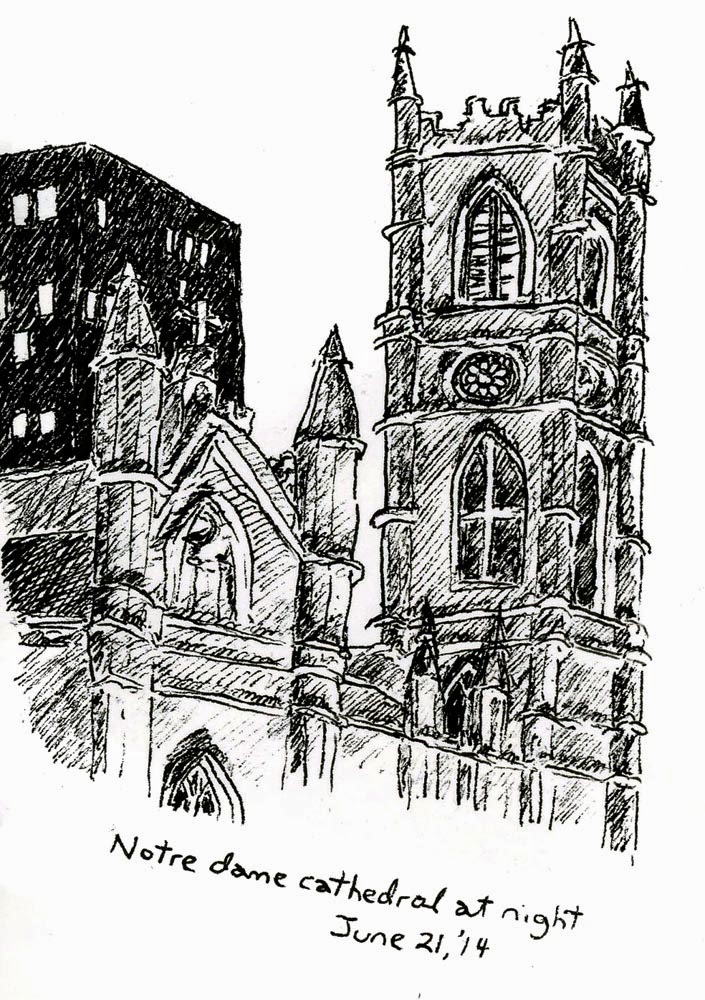