December in Edmonton and Vancouver

I met fellow urbansketcher Fei at the Chapters on Whyte Avenue in Edmonton, a good refuge for winter sketching.  The main challenge is that it is dark so early.  I tried to capture the contrast between the late afternoon cold outside the window and the warmly lit interior - not totally successfully, but I like the yellow-purple combination. 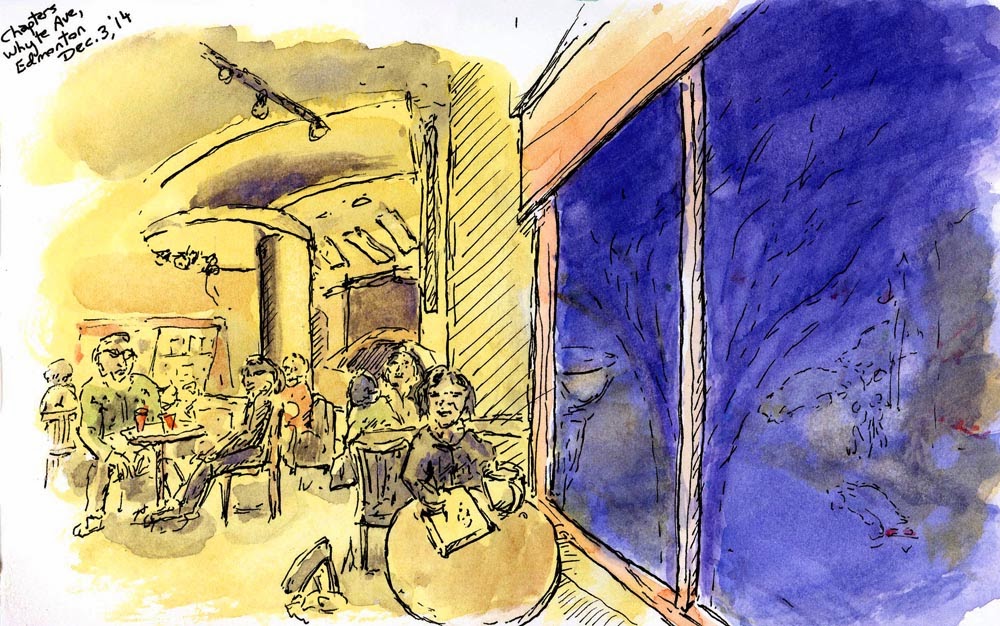 The Edmonton airport is mostly quite awful, but there were a few nice things to draw, including an impressive two-story green wall.

Back in Vancouver, the meet-up group went to the Santa Claus parade.  It was a strange event.  The crowd - all dressed in black - was surly when I tried to pass through to get to the meetup; the "floats" seemed to be dominated by various police, fire and military vehicles, which didn't really seem festive; there was a cacophony of sirens, horns, bagpipes, and some kind of mournful wailing (a good thing was that the noise drowned out any Christmas carols - we've already had a month of those).  Or maybe I was just being a scrooge... 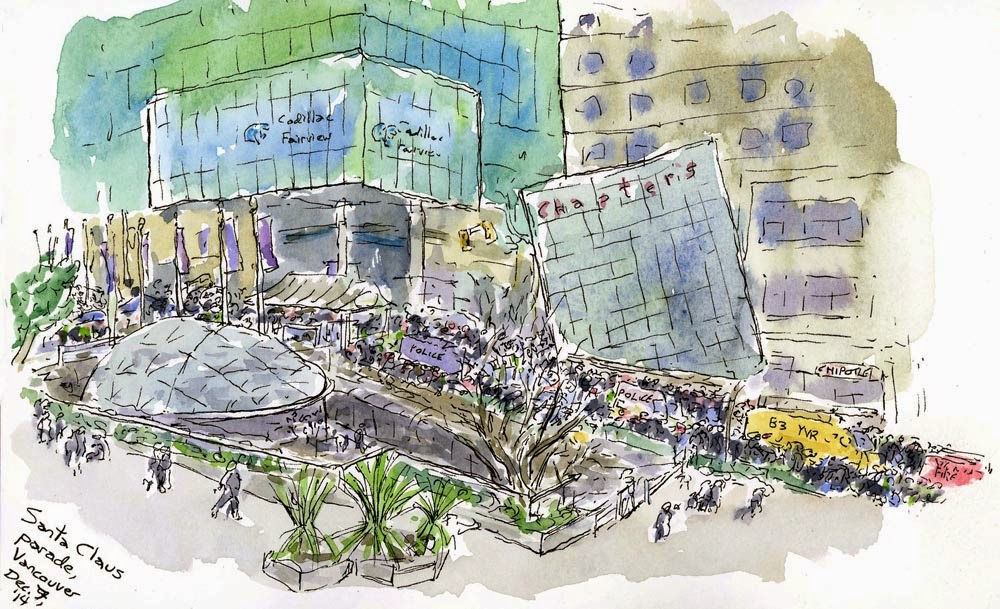 Fortunately, being Vancouver, there also happened to be an anime convention nearby, which attracted a large group of cosplay people.  They were cheerful, friendly, and, best of all, colourful.  The drawing reminds me of elves I used to draw on Christmas cards 40 years ago. 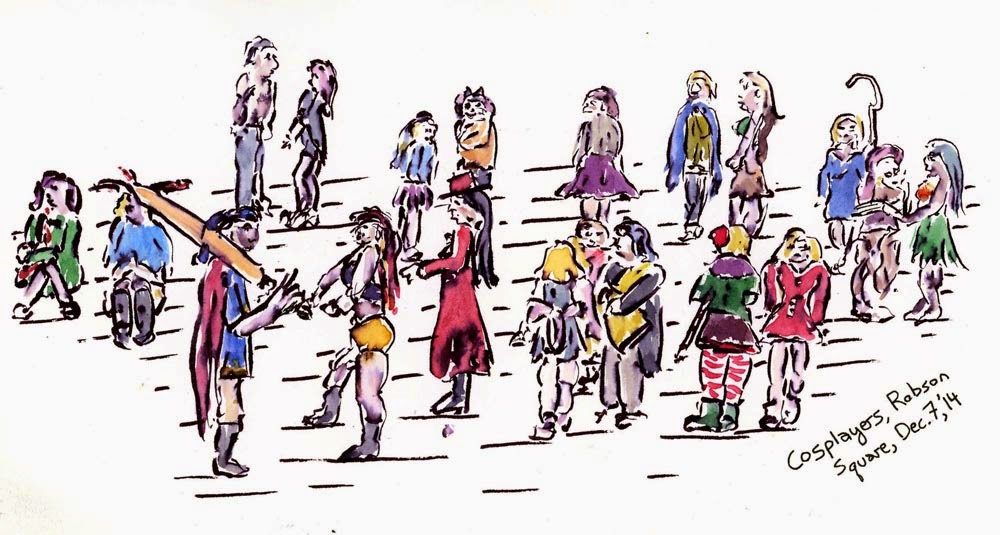