Well, three ladies, but multiple drawings of each.  And they weren't really dancing, they were posing.  But there was music involved.  Two from Dr Sketchy's - Lola Frost in "Frost Bite" and Sweet Virginia in "The Gibson Girl" (Dr Sketchy regulars will be able to figure out what the competition was in the second picture, involving a Victorian hairbrush) - and a flamenco dancer at Basic Inquiry.  Coming next, 10 lords a'leaping.  Or maybe 5 golden rings, that would be easier. 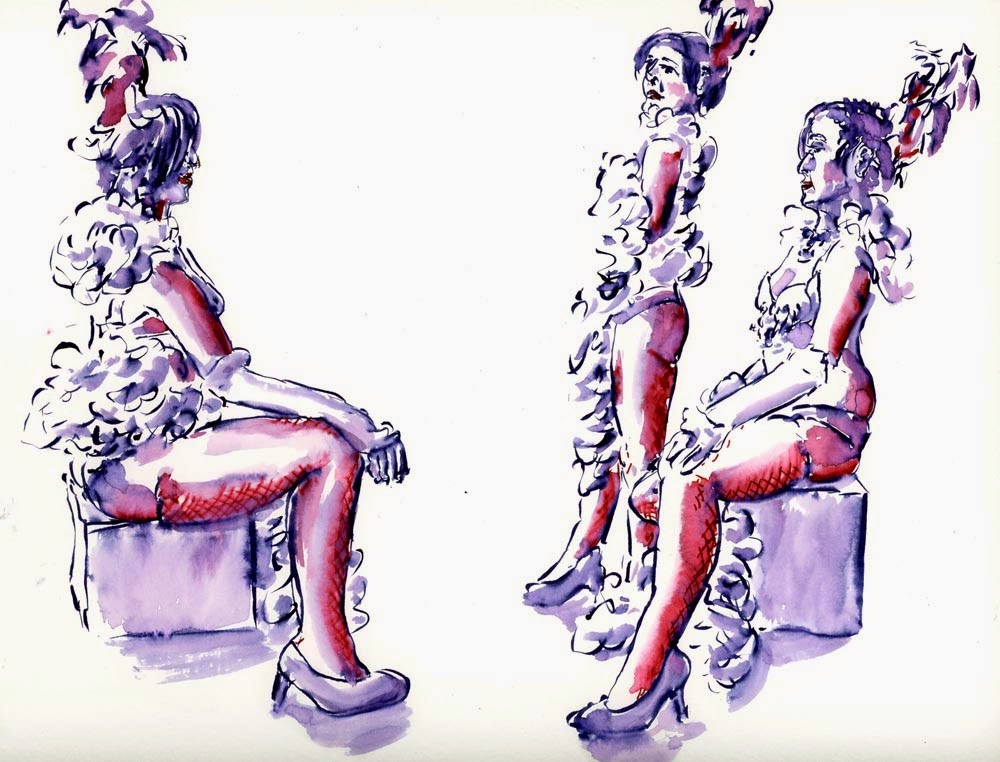 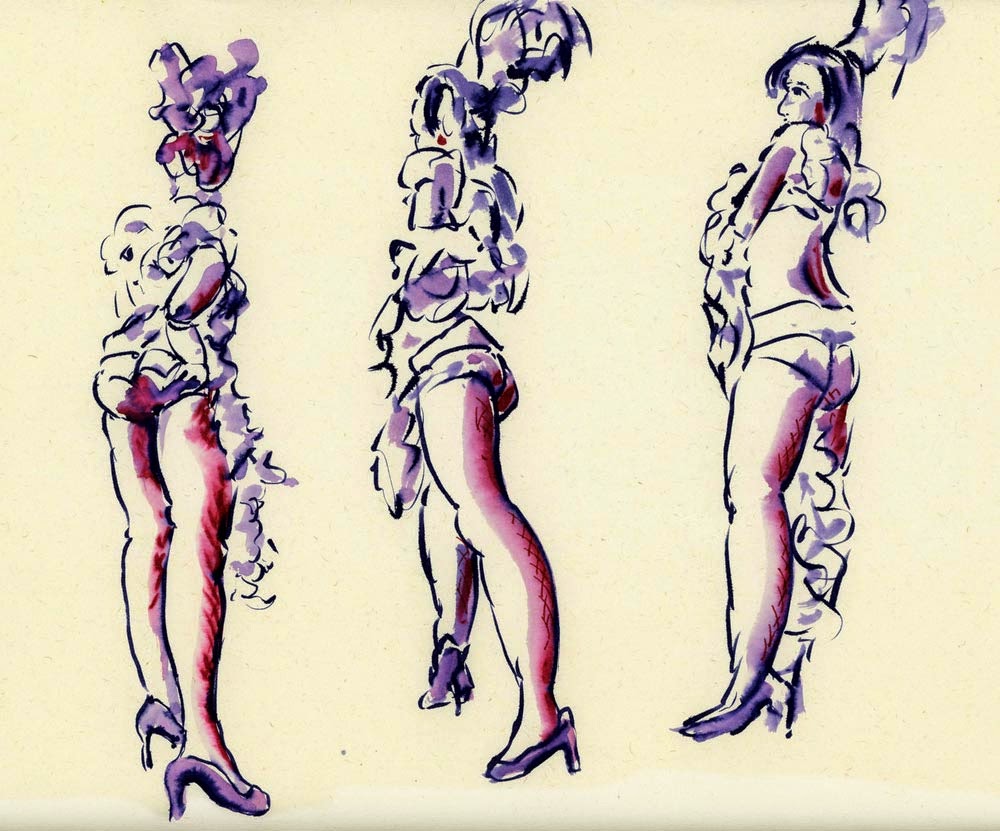 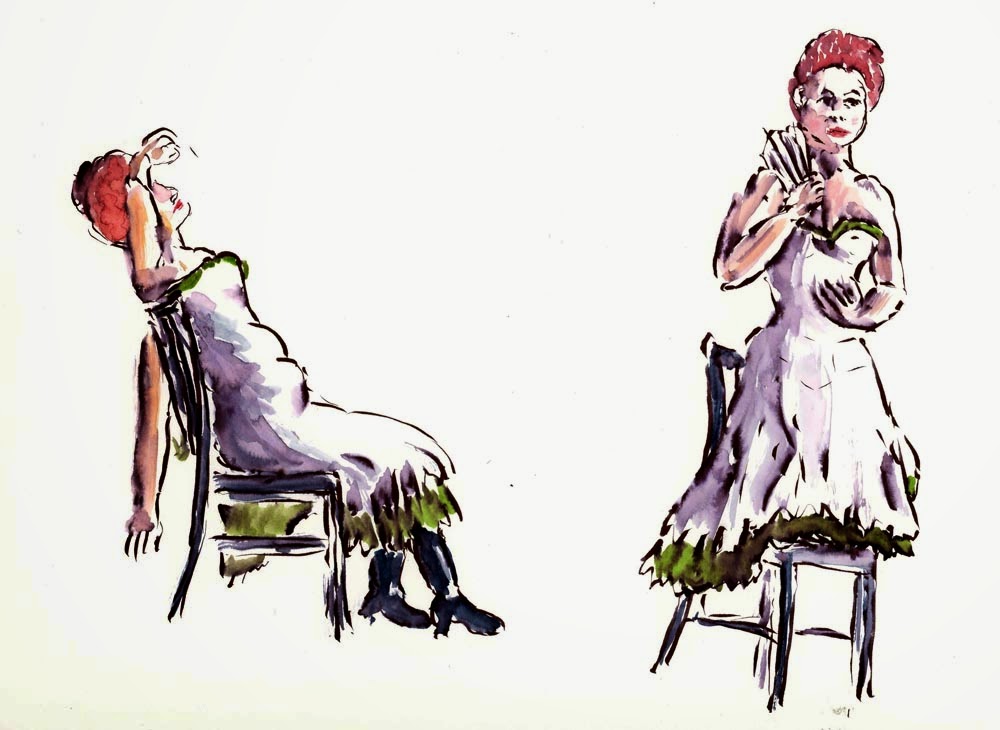 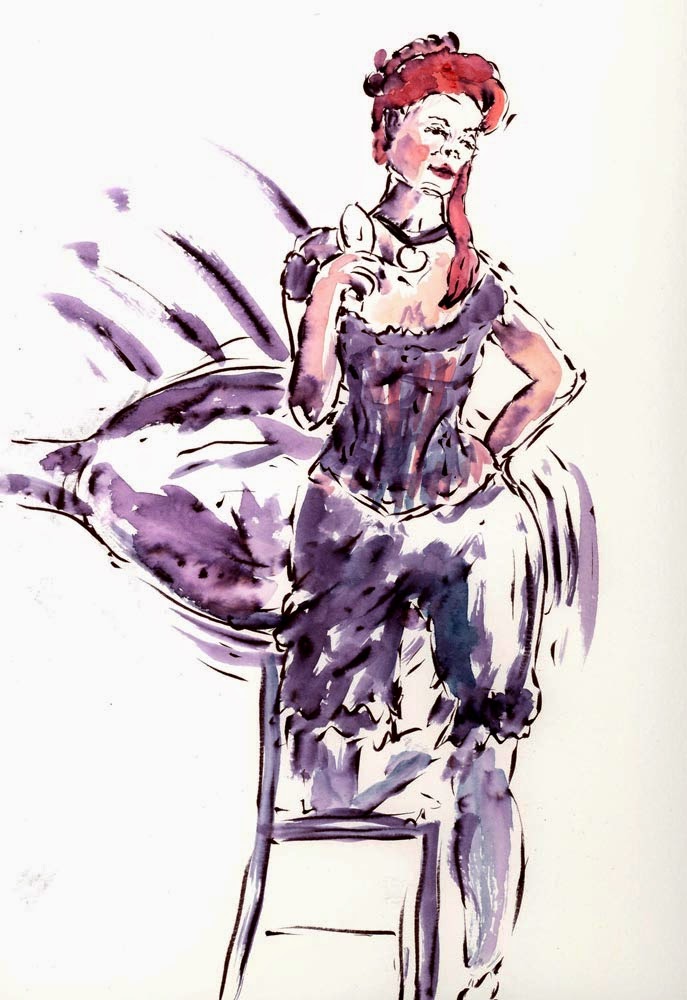 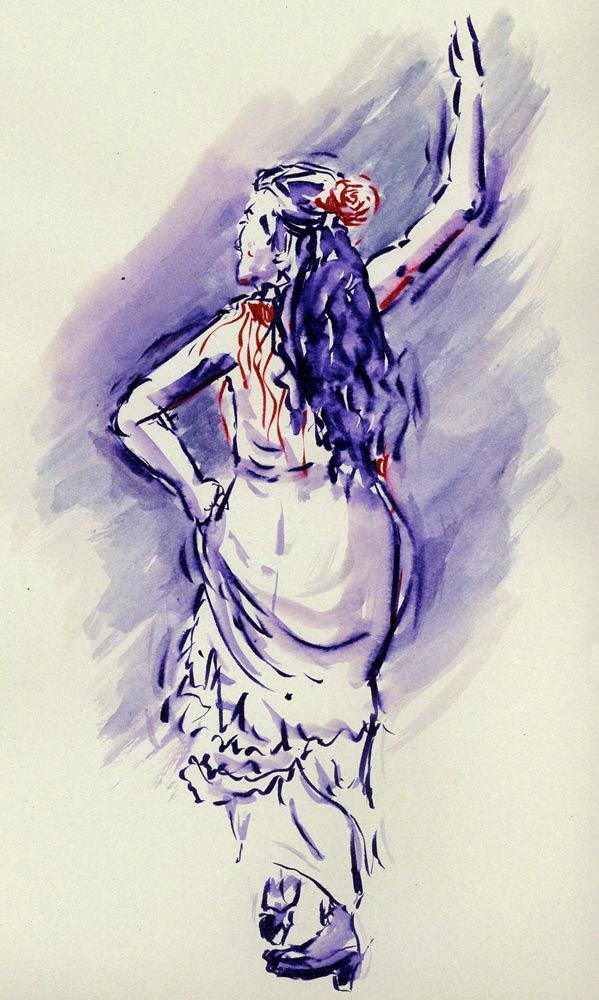 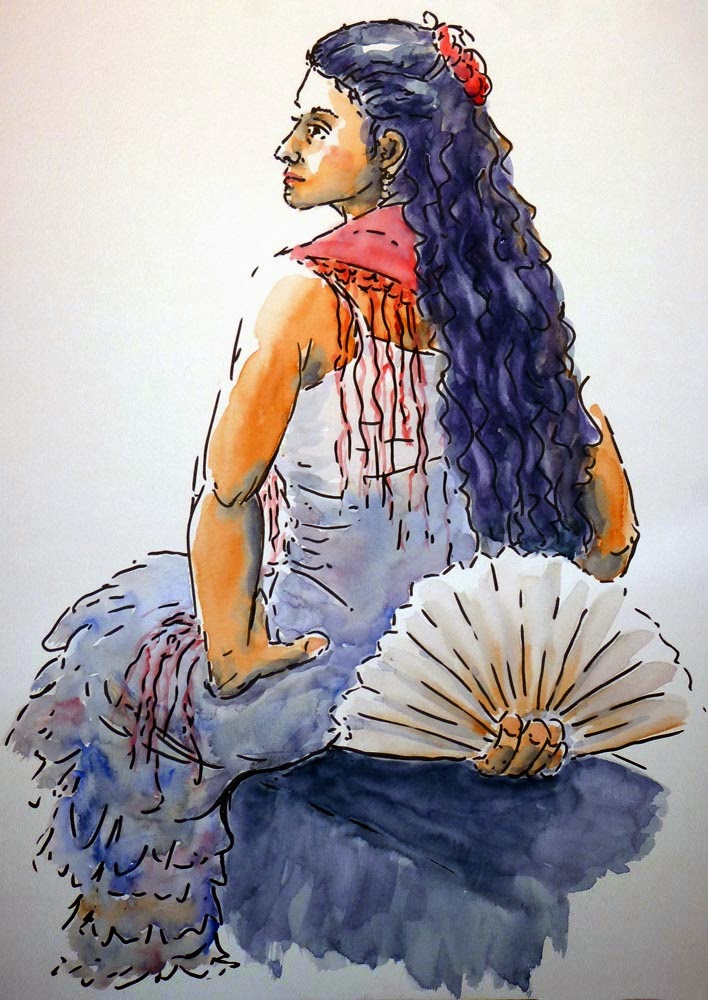 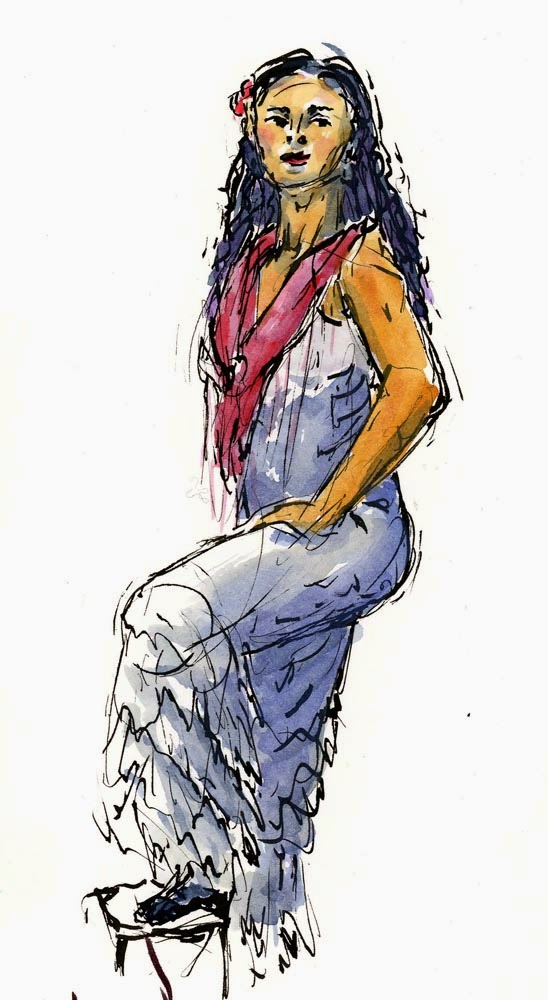 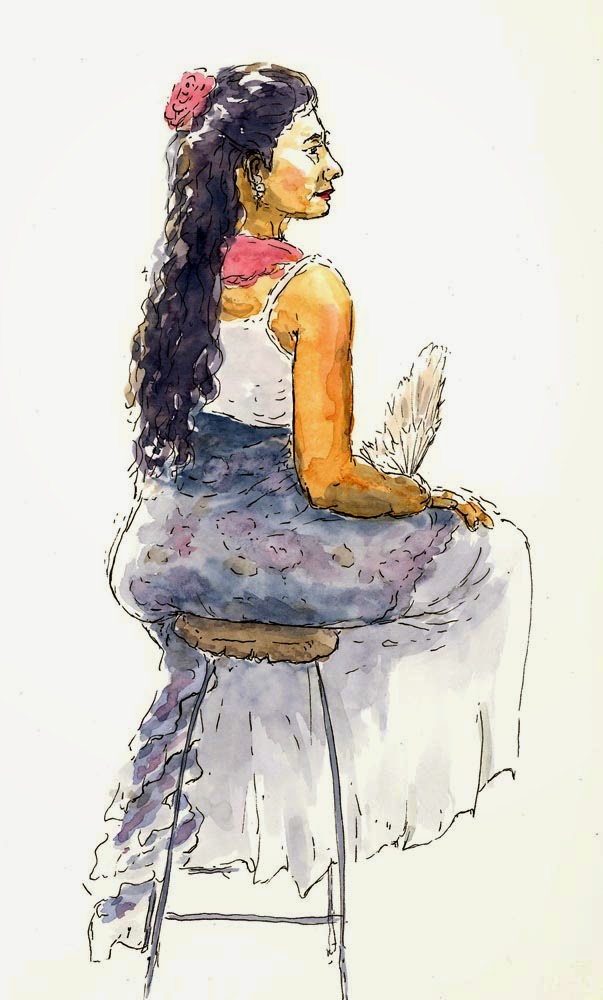