A miscellaneous menagerie from the last couple months:
Flowers from a botanical point-of-view.  I like the mountain-heathers - if you're seeing them, you're in a nice place. 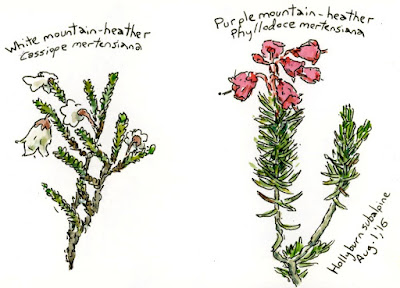 I'm less fond of subalpine shrubs, having thrashed through them for many years of fieldwork, but copperbush is an interesting coastal one.  It's flowers often have ants on them - some kind of co-operative evolution, I'm sure. 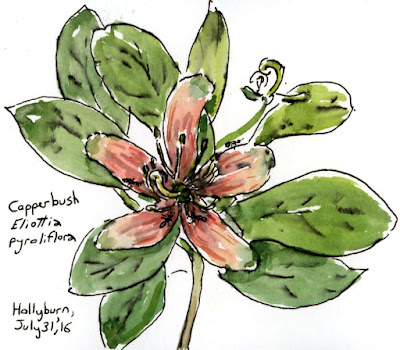 An unidentified groundsel living on rocks just above the intertidal zone. 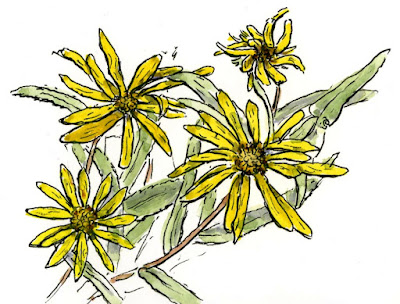 And flowers from a more expressive point-of-view.  End of summer echinaceas, 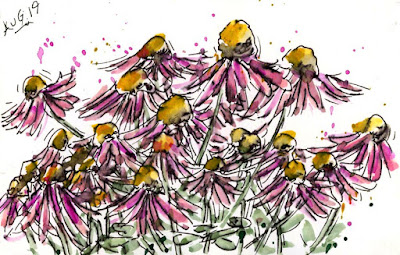 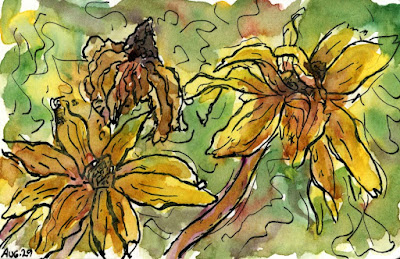 Then the fauna. A camel cricket - known as Pristoceuthophilus celatus to its friends - that sat tauntingly right in front of me as I chopped wood - and then leapt away when I finally got my sketchbook and started to draw it. 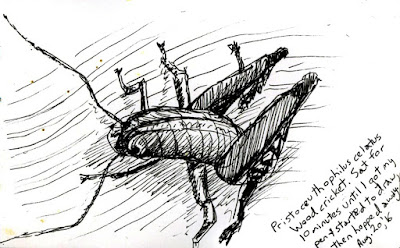 A harbour seal, showing why they are not terrestrial mammals. 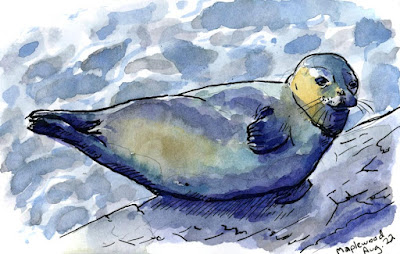 And finally, the fungi.  This is one of the 1000 or so species of Cortinarius mushrooms.  Could be edible (but not incredible), could be poisonous (but probably not deadly) - who would ever know? 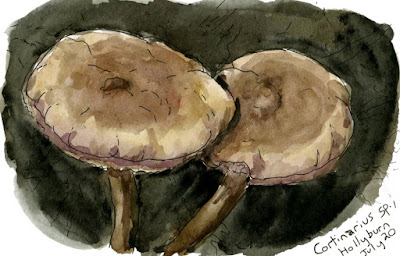 And this is a grisette, a delectable edible mushroom.  Of course, I could be wrong.  In which case it is a different Amanita mushroom likely to cause immediate severe but survivable nausea for a day or two, followed by an apparent recovery for a few days, then an inevitable long slow agonizing death as its toxins shut down RNA synthesis and ultimately destroy every organ in your body.  Mushroom soup, anyone? 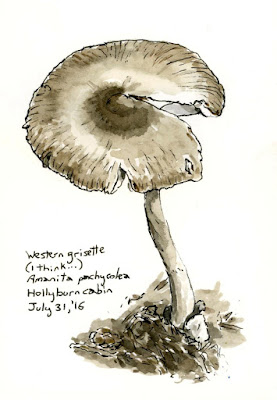