Sea to sky .. to cenotaph

The last days of summer.  Outside sketching becomes more dicey as the fall rains threaten, so I took advantage of the warm and dry to sit on a dock, a mountain and a park. (I do work sometimes.  Or at least, I send people invoices and they pay them.)

The sea is at Lonsdale Quay.  It's definitely a working part of the ocean these days.  For some unaccountable reason, they have an excavator on a barge sorting rocks by size from a huge pile.  It's a long process, going on for a couple weeks now, and loud.  But then a few days ago, they pulled in several barges carrying huge upright piles.  Oddly, they moved the barges around for a while with a tug boat, re-arranging them, then took them away.  I can't see that they are actually accomplishing anything, so I concluded that the whole thing must be an extended modern dance performance.  Very avant-garde. 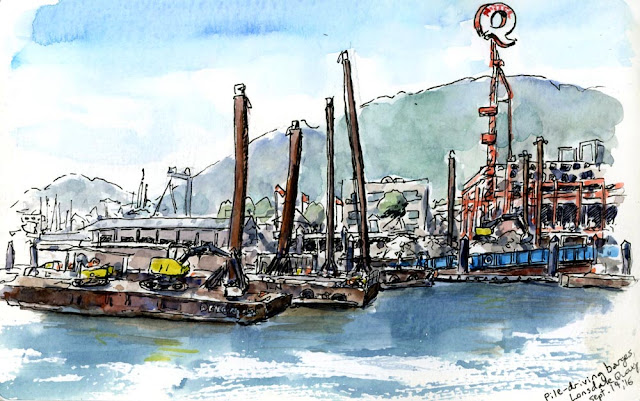 The mountains called, on a dog day of late summer.  Specifically, the rocky alpine of Mount Seymour.  I went straight to the Third Pump, though not quite to the top, because there was a group of loud seniors with plummy West Vancouver accents at the peak, talking about everywhere else in the world they had been - everywhere but where they actually were at that moment.  But they went away soon enough, leaving the view to me and a couple more contemplative hikers.  I also did a mostly-paint-only sketch between Third and Second Pumps, trying to capture the deeply incised gullies that lure unfortunate hikers to their doom (but not, unfortunately, the West Vancouverites).  And an unintentionally abstract sketch of the colourful rock and its hardy inhabitants. 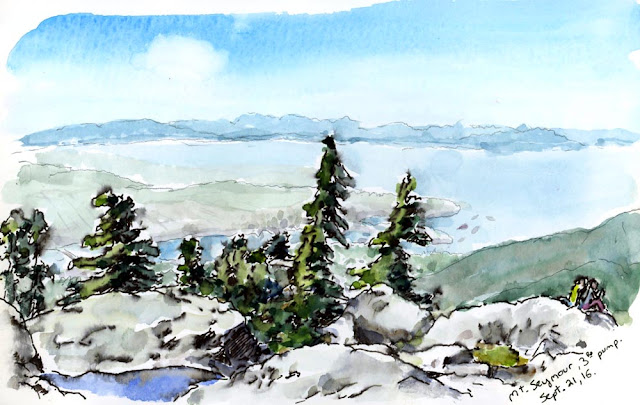 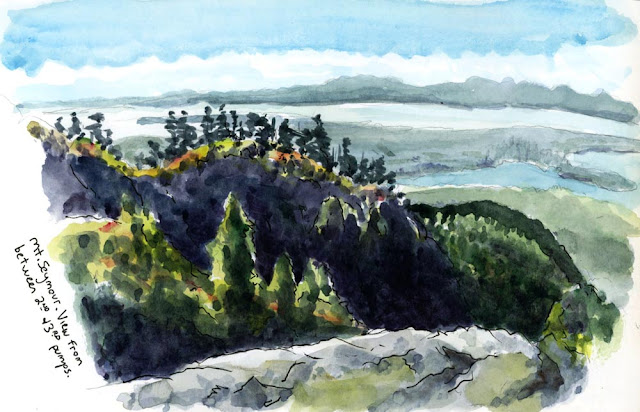 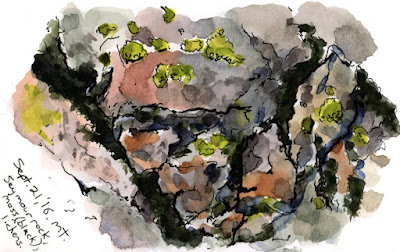 And, between sea and sky, the cenotaph at Victoria Park, catching a sunbeam through the still shady, but yellowing, beeches.  A reminder that none of this lasts for long, and that Remembrance Day - inevitably cold, grey and wet - is not too far away... 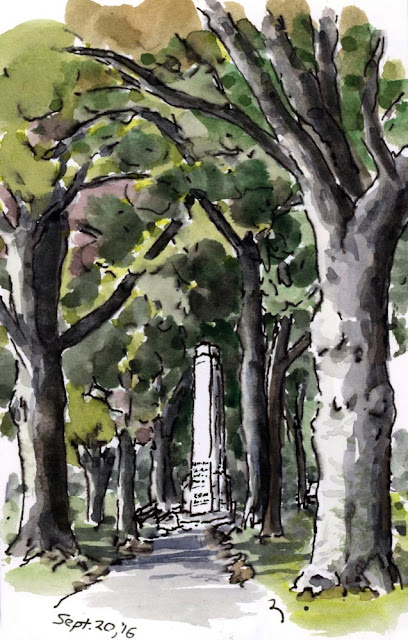