The last drawings from Montreal.  I went to the Biodome, the velodrome from the 1976 Olympics converted to a big indoor zoo.  Most zoos are a bit hard to take for someone who likes the animals more than most of their spectators, but the huge open areas representing four environments - polar, two temperate and tropical, with native plants, rocks, even snow for the penguins - make it feel less like the animals are fenced in.  Though presumably something is stopping the lynx (which I never saw) from eating the beaver next door.

Being an adult drawing and painting in a zoo made me as much an attraction as the furry and feathery creatures, at least to the pint-size people who made up 90% of the crowd.  The kids had remarkably good attention spans, many watching me for a long time, and they invariably declared of my drawings "Ils sont tres beau".  Encouragement is always welcome, especially from the connoisseurs of animal pictures.

After the zoo, I walked for seeming miles across the hot, barren Olympic site to get to the Jardin Botanique.  I decided that the Olympic venue was built to send a Cold War message: "We've got more concrete than you do."  Apparently it would be too expensive to take it down, so it sits there with its once-white surfaces blotchy, rust-stained and cracking.  But it does make the beautiful botanical gardens across the street seem all the more lush, and mercifully, cool.  I sat in a wooden Adirondack chair thoughtfully provided in the rose garden, listening to two talented musicians and one enthusiastic little boy play a piano that was out in the middle of the garden, and drew the roses, statuary and the big white elephant in the background. 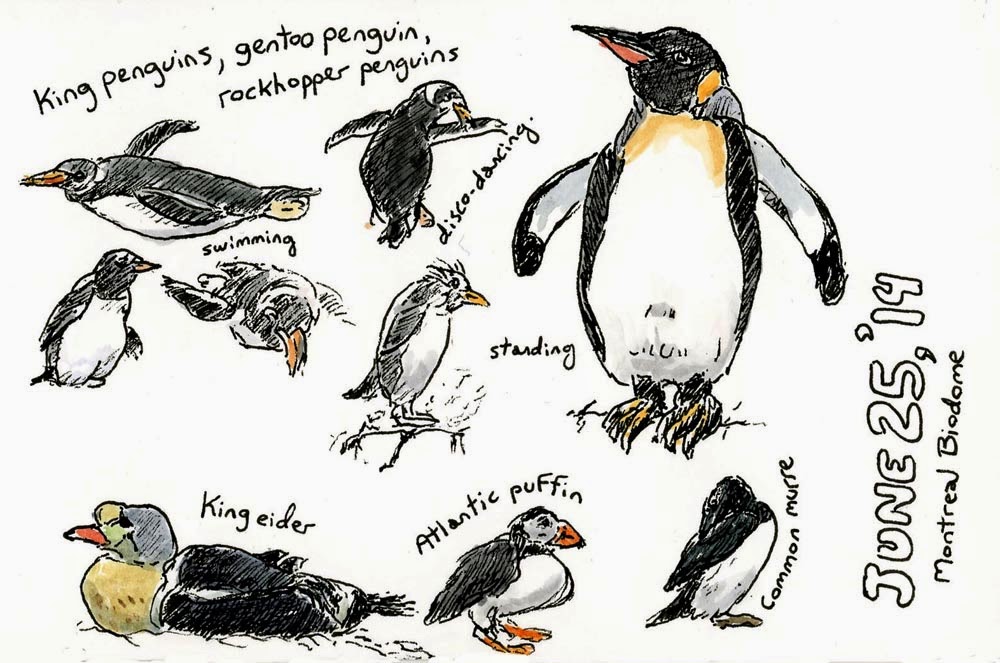 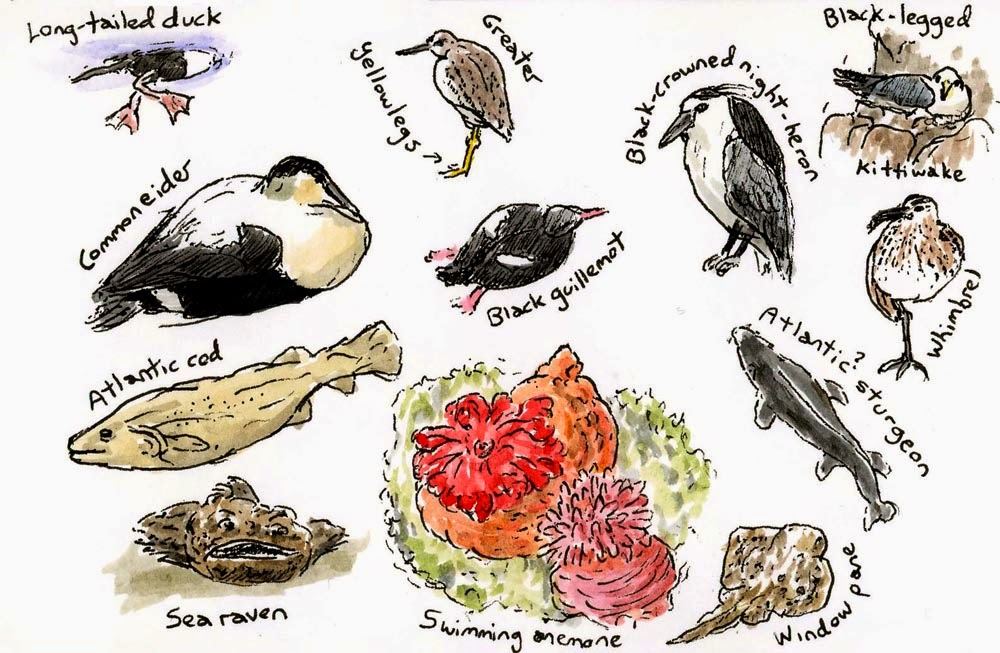 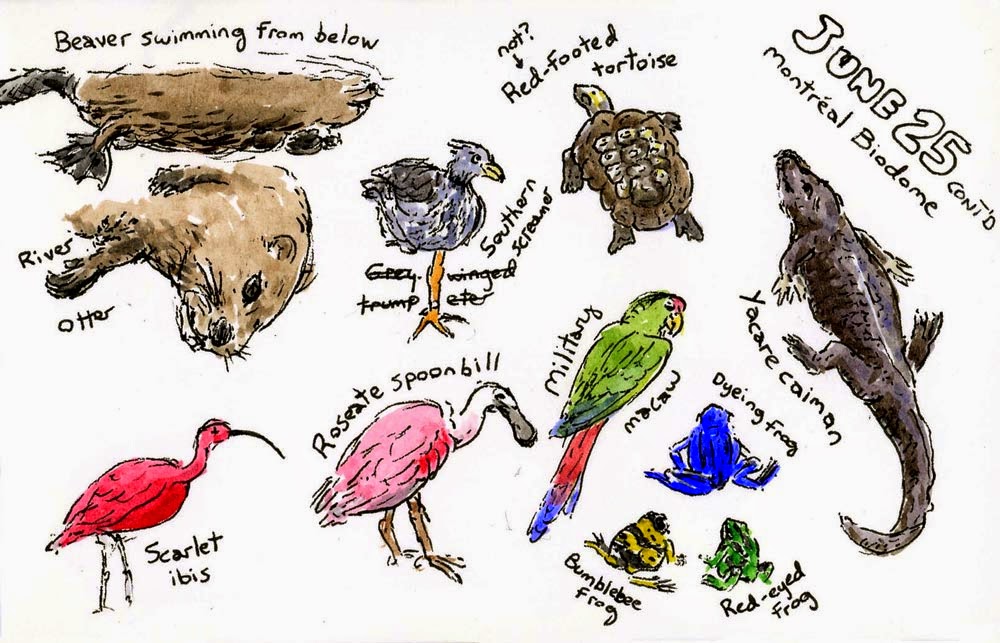 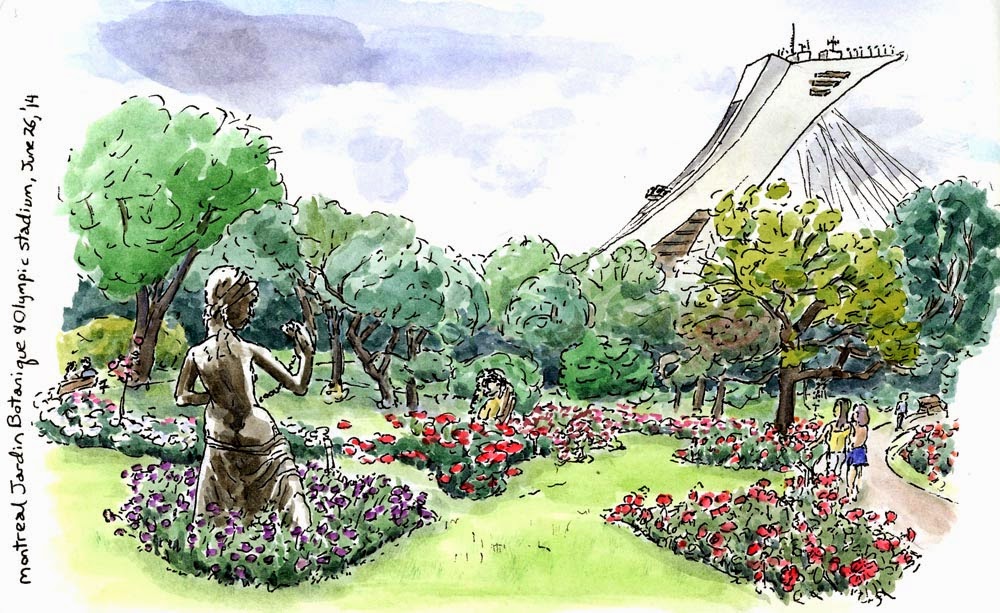