We went down to Portland for the Second Annual West Coast Urban Sketchers SketchCrawl - and everything else Portland has.  Portland is becoming our favourite American city (watch out, Santa Fe!).  We went a day early to wander the many funky streets downtown, visit the beautiful Japanese gardens - perfect on a day that got to 33C - and sample beer from one of Portland's innumerable breweries.  Current projections are that by 2027 there will be more micro-breweries in Portland than people. 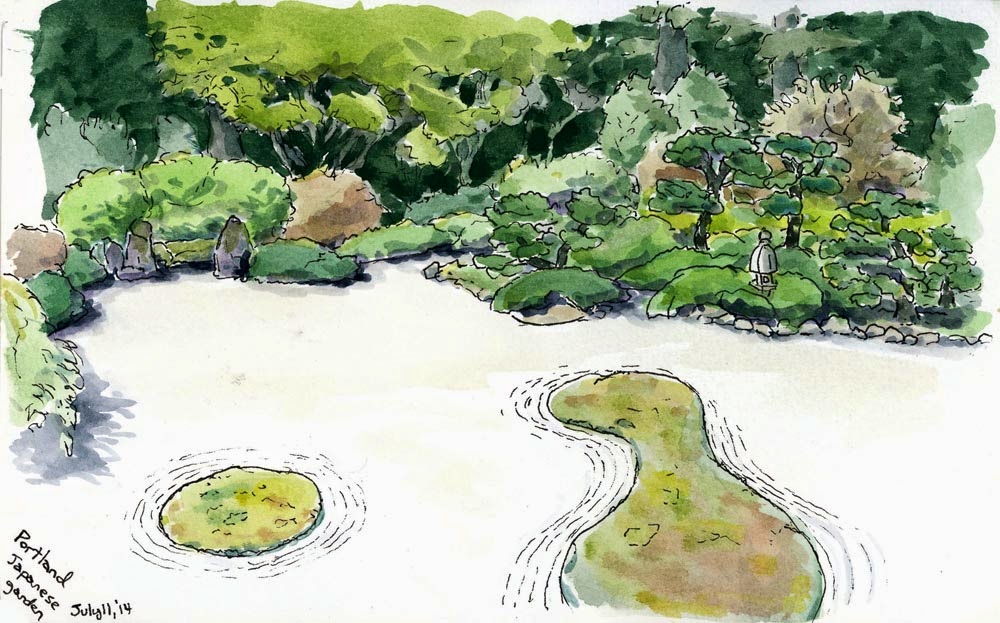 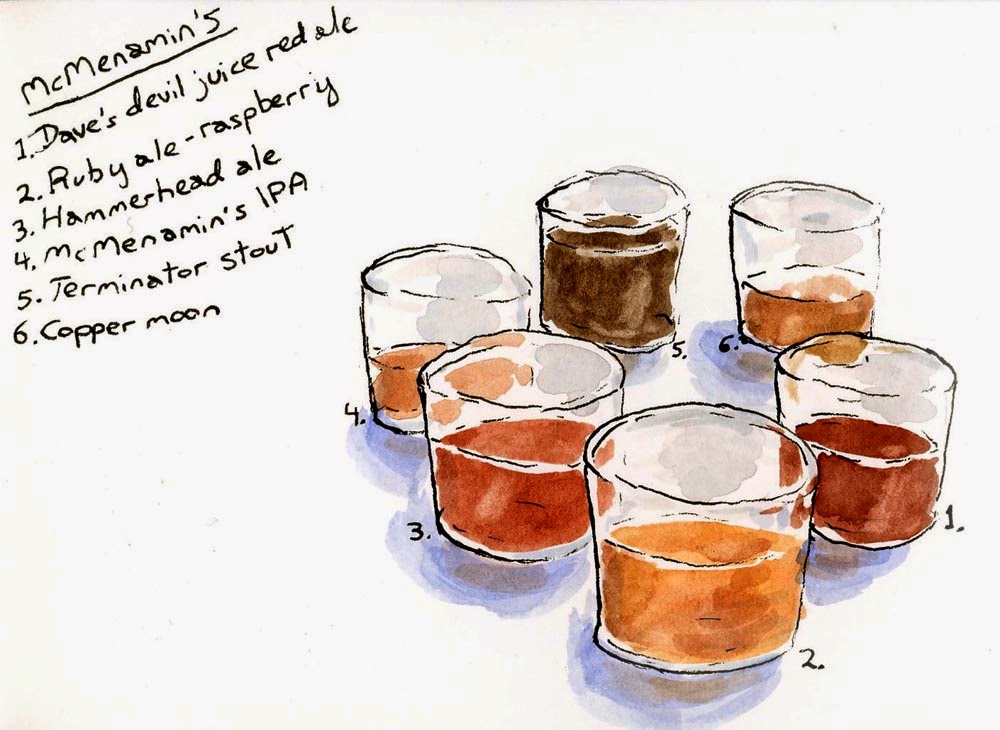 Friday evening was a Drink-and-Draw at a brewpub - a regular Portland event, I understand, with 80+ people.  The main drawing event was an all-day sketchcrawl, with over 100 sketchers from all along the west coast, Vancouver to San Diego.  The organizers wisely chose the South Park blocks as the site, where 12 city blocks in a row are devoted to pedestrians, and most importantly on a scorching day, covered by 130 year-old shade trees.  I drew in the morning at the Saturday farmers' market, which takes up two of those blocks, with an amazing amount and diversity of products, and a whole small-town worth of people.  (The person in the drawing who looks like he is wearing a pink wig was, in fact, wearing a pink wig.)
. 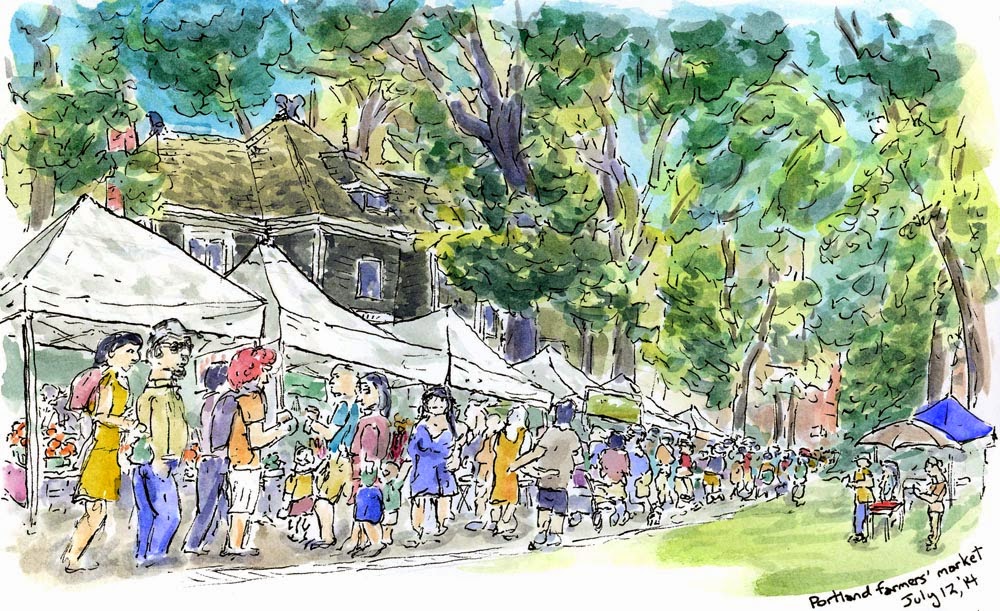 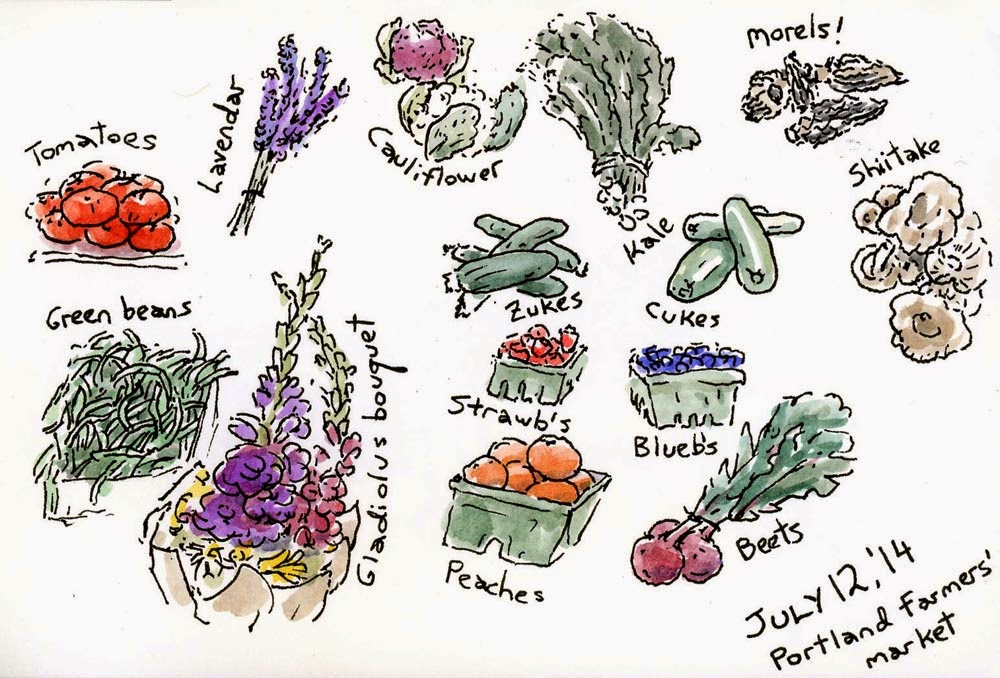 In the increasingly hot afternoon, I sat under a huge shade tree and drew one of the elegant mansions found throughout the older parts of Portland. 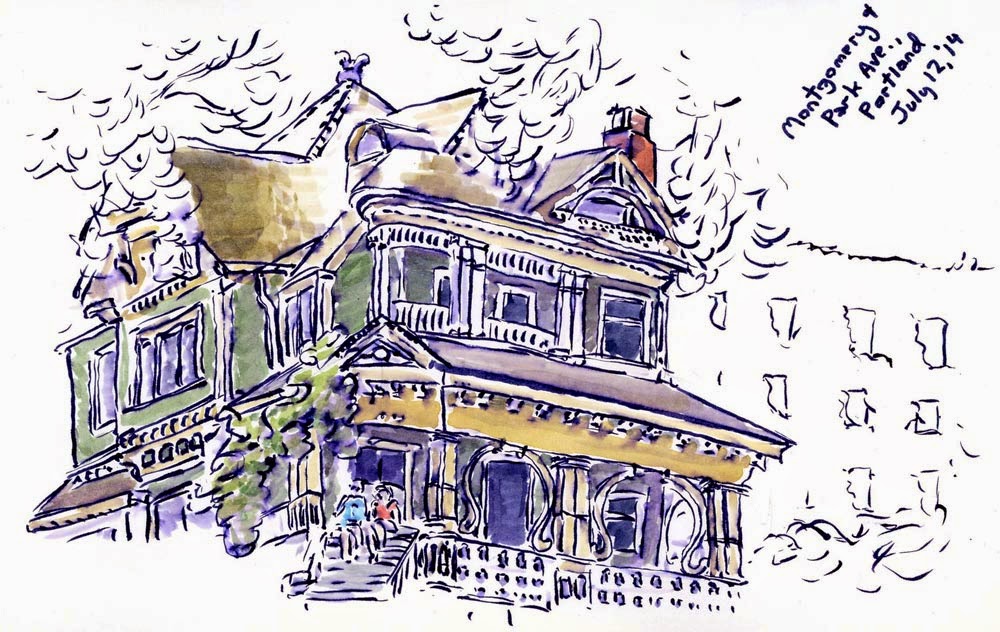 Starting to wilt, I headed for the air-conditioned Portland Art Museum, which had given all sketchers free admission, but found that a mass yoga session had broken out outside the gallery.  I couldn't resist free life-drawing models, so did a bunch of quick sketches. 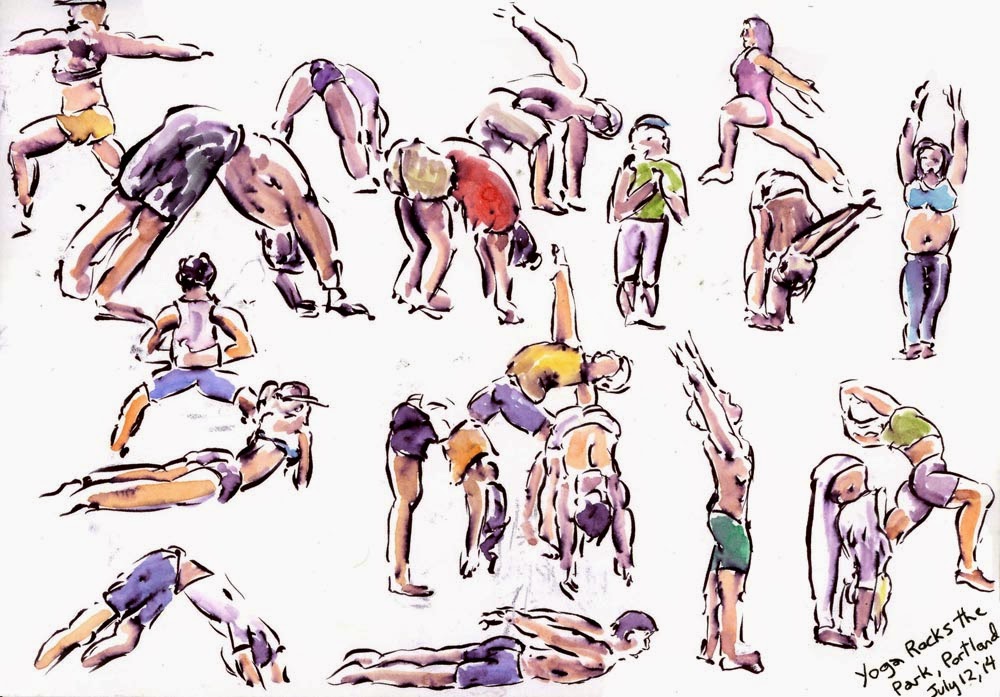 Then I popped into the gallery, savouring the coolness, and drew the nice cold white marble of a sculpture in an exhibit of art from the Tuileries garden. 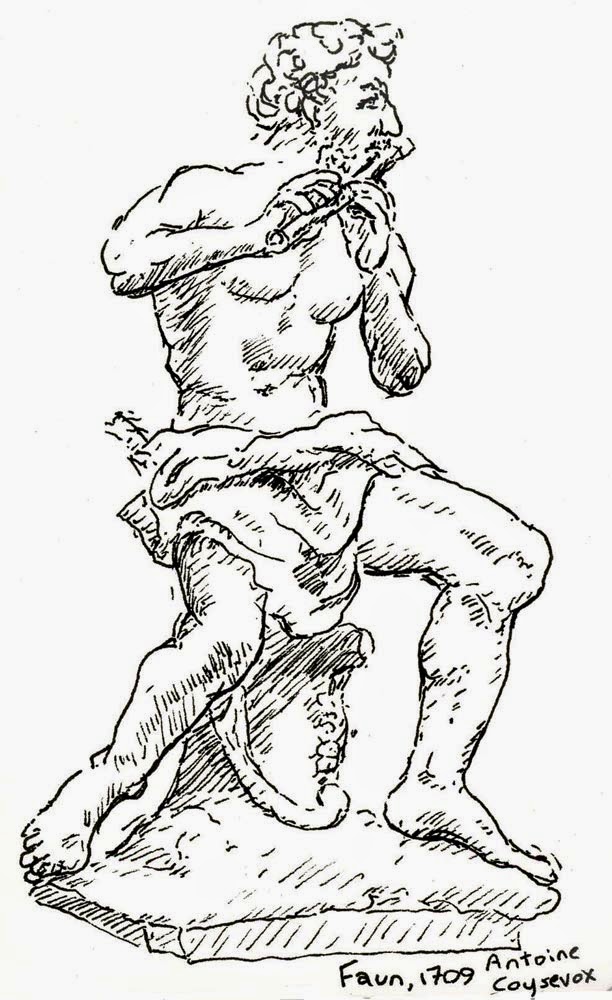 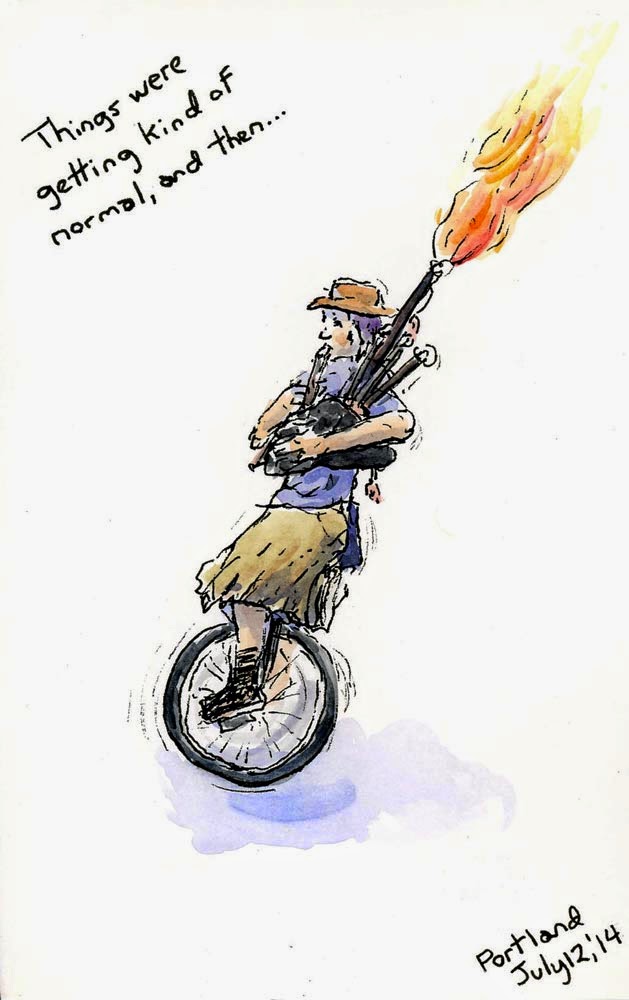