Corsica I: Bastia and Cap Corse

For people used to BC Ferries, the ferry to Corsica was ... different.  Think restaurants with waiters, lounges with armchairs and brass fittings, reclining deck chairs, a pool.  It was a re-purposed cruise ship, so now I can check "Go on a cruise" off my bucket list (where it occupied one of the bottom-most positions).  We cruised past Capraia Isola, Island of Goatherdesses, on the way - one of several sparsely inhabited isolated Mediterranean Islands that very few people have ever heard of. 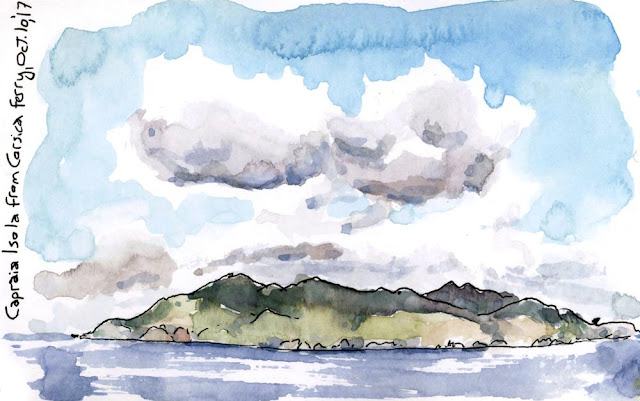 Bastia is a main town on Corsica, but still small.  We walked across half of it and back in the two and a half hours that the rental car agency was closed for lunch.  We toured the old town and had lunch in the plaza of the citadel, where this old palace had two clocks - an original sundial that was perfectly accurate (except not programmed to change to daylight savings time), and a more modern mechanical clock that was broken. 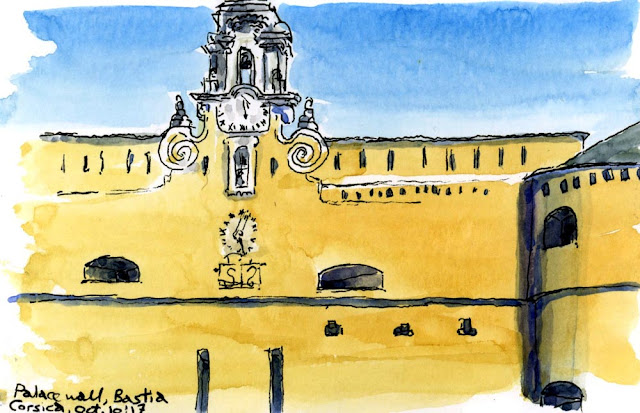 When we got the car - a fearsome Citroen Berlingo - we made our way towards the north end of Cap Corse, and were quickly winding along mostly undeveloped coast, with little villages above on the treed slopes, and almost no one on the roads.  And that's the way it would stay for our entire trip around the north half of the island - relentlessly curvy roads, large areas of wild maquis scrubland, forest and alpine, scattered ancient villages, and more pigs and goats than cars on the roads.  We hiked for over three hours around a nature reserve and several beaches the next morning, following the Sentier des Douaniers on the north end of the island, and saw precisely 0 other people.  This guard tower is one of a series that ring the island.  They were built to warn of pirate attacks, apparently the bane of Corsicans for several centuries.  The watchmen lit a fire on the tower when pirates sailed over the horizon, and the signal was taken up by adjacent towers, spreading the message around the whole island in a couple of hours.  It was the Twitter of its time. 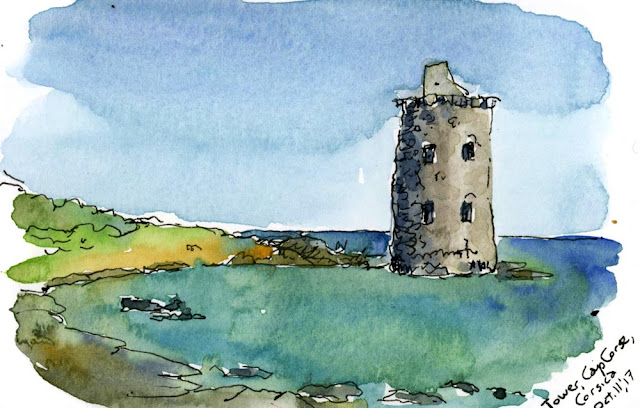