I had an hour in Havana before I had to leave for the Varadero airport, so I sat on a park bench and drew passers-by. 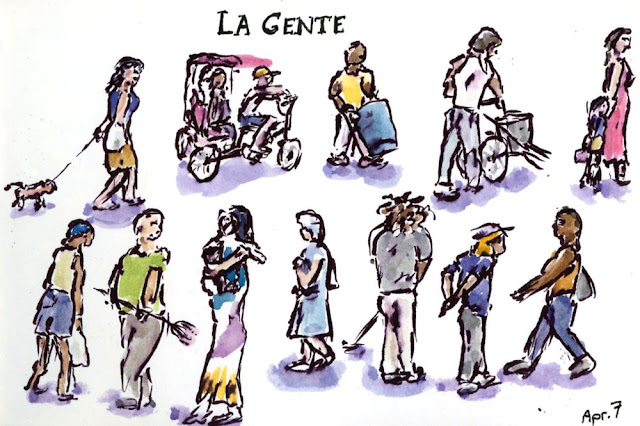 I splurged for a taxi to the airport, a friend of the casa owners.  The car turned out to be a 1955 Buick - one of the most common cars in Cuba, and fun to ride in, if a little bit bumpy for drawing.  If the driver looks like he's in a funny position, it's because he drove on the highway with his right leg bent up on the (massive) front seat, and his left leg on the pedals.  He drove normally in towns.  It seemed to work. 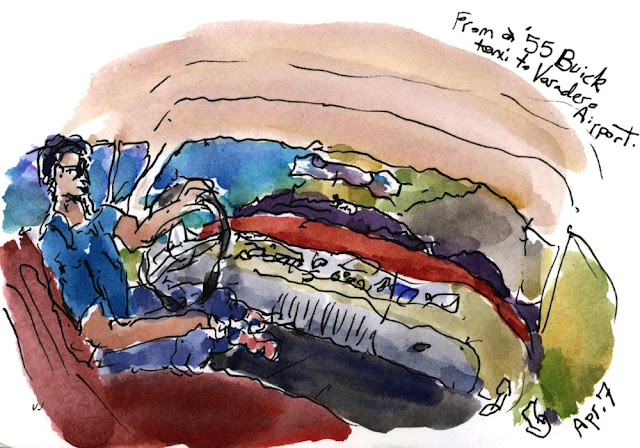 I heard horror stories of how long it takes to check in at Cuban airports, people missing flights, so I was there early.  Check-in took about 30 seconds, so I hung out under a palm tree watching birds, had a cheap lunch attended by two cats at the bus-drivers' (outdoor) cafe, then spent about one minute getting through the apparently infamously slow airport immigration and security.  And before I knew it, I was over the Florida keys and the endless sprawl of Miami, where so many Cubans have tried, or dreamed, to go. 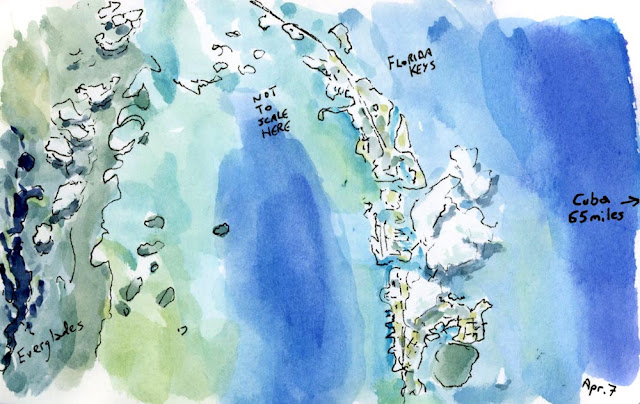 When I landed in Toronto, I was genuinely horrified to see snow drifts at the airport, on a very grey, cold afternoon.  (OK, I exaggerated the greyness a bit). 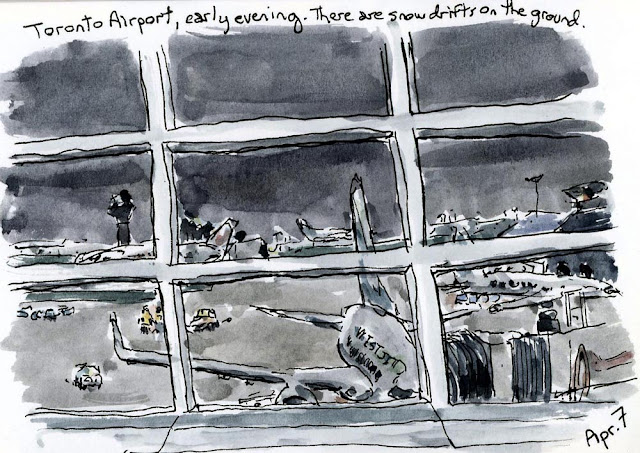 As one final bonus from Cuba, I had got my Toronto-Vancouver boarding pass in Varadero.  Organization and computers do not seem to be a forte in Cuba, so naturally there was a mistake - they had put me in business class.  I sat there, with the businessmen all complaining about their free food and trying to pick up the stewardess, and read my copy of Granma, "the official newspaper of the central committee of the communist party of Cuba."  The masthead had a quotation beside a picture of rifle-raising rebels: "El hombre crece con el trabajo que sale de sus manos."  ("Man grows by work that comes from his hands.")  I'll take that as encouragement for urban-sketchers.