We went to Costa Rica for a couple weeks of cloud forest, lowland rainforest and ocean, with a few cities and small towns along the way.  San Jose, the capital, is a pleasant place, but without the grand buildings of some other Latin American cities.  There were never many native people in the area, so the Spanish conquistadores didn't spend much effort colonizing the area.  Costa Rica also used to be a very poor country (not any more, thanks largely to spending money on education rather than a military, and the tourist dollars that their foresightful array of parks bring in).  So San Jose is mostly fairly boring commercial buildings, even if the things they are selling are more upscale than in most central American cities.  This is a typical scene: 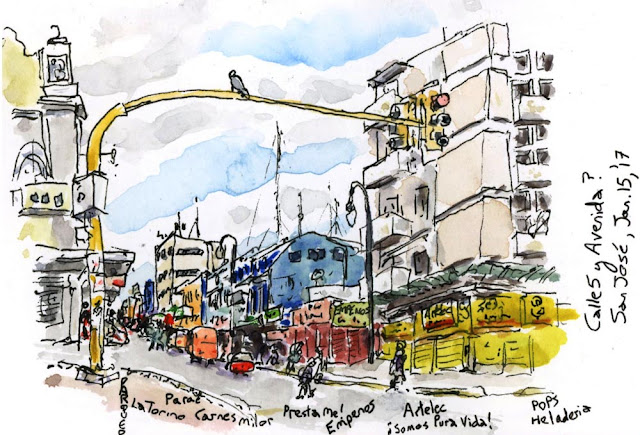 The Teatro Nacional is one of the few more elaborate buildings, and even it is fairly plain on three sides.  It's on a central square, where a good crowd gathered on Saturday evening, and families were strolling by when I drew it on Sunday morning (and jogging by - I'm not sure I've ever seen that in other tropical countries). 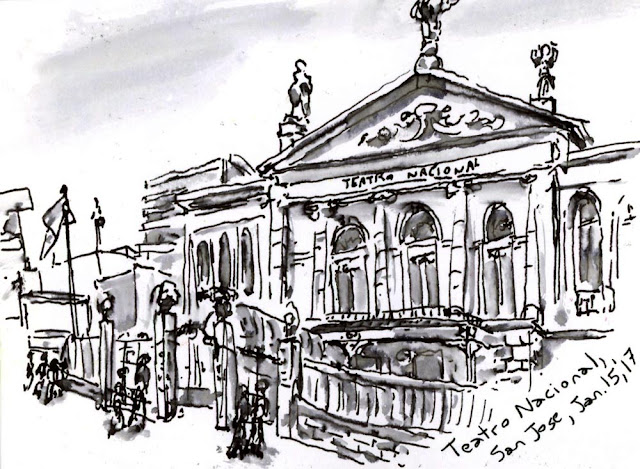 We only stayed overnight, a few blocks from downtown in an area with nice trees and flowers.  This is a fancy hotel near our humbler abode.  I was drawing under a big tree that was full of a noisy flock of crimson-fronted parakeets - a bird that San Jose has in the same way that Vancouver has crows.  Suddenly, the whole flock went rocketing out of the tree and down the hill, screeching wildly, as a peregrine falcon dove down after them.  Parrots are fast, and everyone got away.  It was an impressive natural scene for the middle of the largest urban area in the country, and more than made up for a lack of elegant buildings. 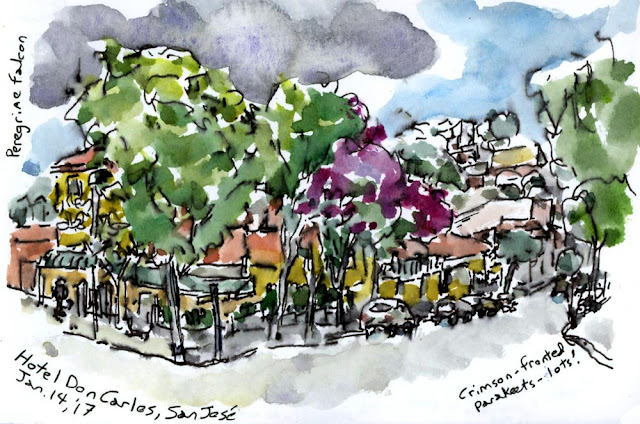 One of the great things about warm places, or maybe just anywhere outside of North America, is that city people spend much of their time outside, on the streets or in parks or squares.  One corner of a central park was filled with young people hula-hooping, juggling, slack-rope-walking and generally doing tricks of an acrobatic nature.  Most were in their late teens or early twenties, and there was clearly some courtship going on, but there were also families with kids.  People came and went, and I'm not sure who actually provided all the hula hoops and other equipment.  But it looked a lot more fun than snapchatting. 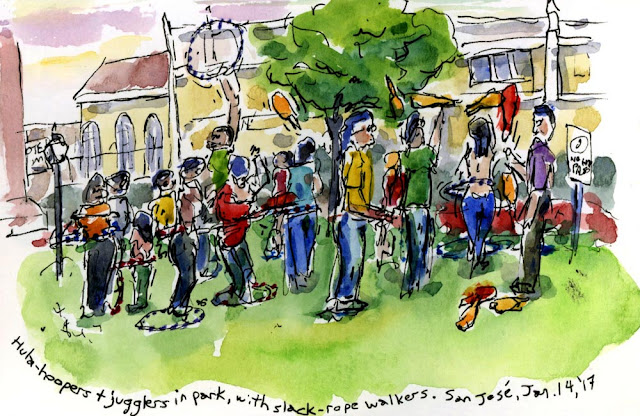 The North Vancouver Art Council's Anonymous Art show has come and gone for another year.  I had two paintings - one sold and one made a good Christmas present, so I'm happy with that result.

The painting "Darwin" was named after the life-drawing model. But as a biologist, I can never hear that name without thinking of Charles.  The Darwin of evolution fame was, I understand, quite sickly and physically weak after he returned with an undiagnosed tropical disease from his famous voyage of the Beagle.  Darwin the model, on the other hand, is clearly healthy and strong.  But I think this solid thoughtful pose also works well to represent Charles D's fantastic feat of mental strength and endurance in the 20+ years he spent developing his world-changing argument about evolution by natural selection.  Not to mention that the not-very-Victorian costume in this picture reminds us of our connection to those hairier primates. 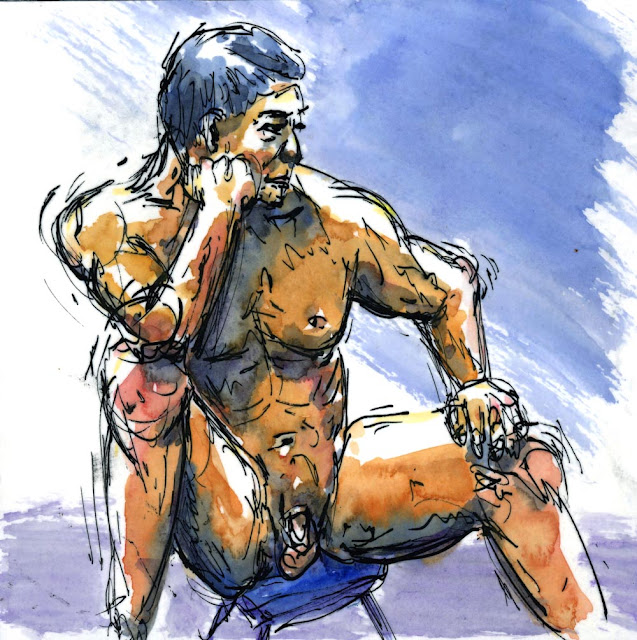 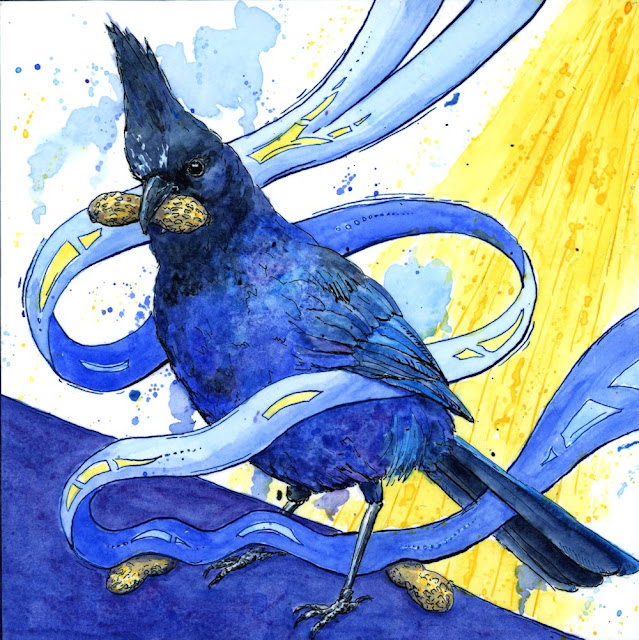