North Vancouver has had a night market on the waterfront for a couple years now, with market stalls, food trucks, a beer garden, and live music.  It's in the area now called "Shipbuilders' Square", which was until recently a derelict industrial area of abandoned ship-building companies, big rusty things and weeds.  There were grand plans to build a maritime museum, shops, and galleries, which fell through.  But they did fix up some of the old buildings, put in a plaza around the huge yellow crane, and, most importantly, opened up an enormous pier to the public.  The pier serves as a promenade (pattern 31 of A Pattern Language, for Christopher Alexander fans) where people can go to stroll, sit, see and be seen.  North Vancouver never really had a place like that before. 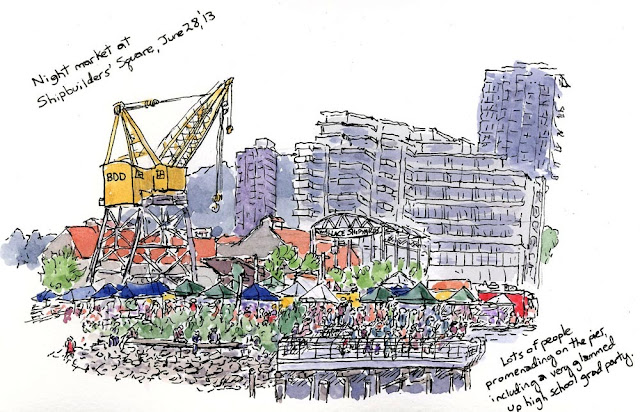