33 Acres is one of the newer entrants in the burgeoning microbrewery scene in Vancouver.  You can tell they are new, because the brewer's beard isn't very bushy at all.  Long-established brewers have really really bushy beards.  Twenty of us met there to draw-drink their two brews - a WCPA (West Coast version of an IPA) and a California common, which I had to Google to find that it is a dark "steamed" lager, meaning that it is brewed with lager yeast but at higher ale temperatures.  Both were very tasty, and came in small enough glasses that my perspective was only slightly messed up in the sketch.  More importantly, the common was a nice, very paintable red-amber shade of brown.  I contrast this with a "Belgian black ale" that I recently drew-drank - a cooler, much greyer hue of brown.  Maybe I should start a website combining RateBeer and UrbanSketchers --> SketchBeer? 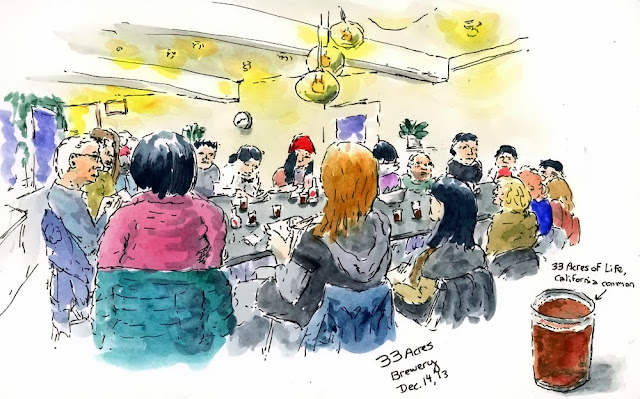 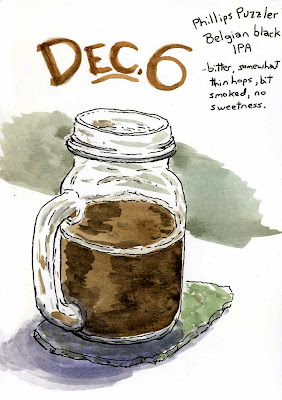