There is an adobe house in Santa Fe with a plaque reading "Oldest House in the USA circa 1646 A.D."  However, not far up the hill from Santa Fe is Bandelier National Monument, which is the remains of a large settlement of ancestral Pueblo people occupied from 1150 to 1600, with adobe brick houses in the valley and cave houses carved into the soft volcanic-ash cliffs.  So I think that "Oldest House" claim may be in some dispute.

I drew in Bandelier and Santa Fe on the same day - a stormy one as a cold front passed through.  At Bandelier, we had just climbed up (140 feet) to a kiva (ceremonial underground house) in a big cave on the cliff when a thunderstorm arrived.  It was pouring rain outside, but bone dry inside.  Unfortunately, that "bone dry" included centuries of dust, which became a blinding dust storm with the storm gusts swirling around the cave.  It made for a rushed drawing, because as soon as I mixed up watercolour paint, it filled with dust and became plaster.  Later in the day, I was sitting on a wall of an old church drawing the Santa Fe house when the same winds came by, pulled a big green tarp off part of the church that was being renovated and wrapped it completely around me.  It was definitely an extreme plein air drawing day!

The third old house is in the village of Madrid (pronounced MAD-rid, not ma-DRID).  The village has become a centre of galleries and studios on the scenic route from Albuquerque to Santa Fe, with a lot of brightly painted old houses - except for this one on the main street, which has kept its original decor.  I was talking to an old local character as I drew, and he said "I useta draw, but I quit drinkin', so now I don't draw no more."  I hadn't realized that was such a strong prerequisite. 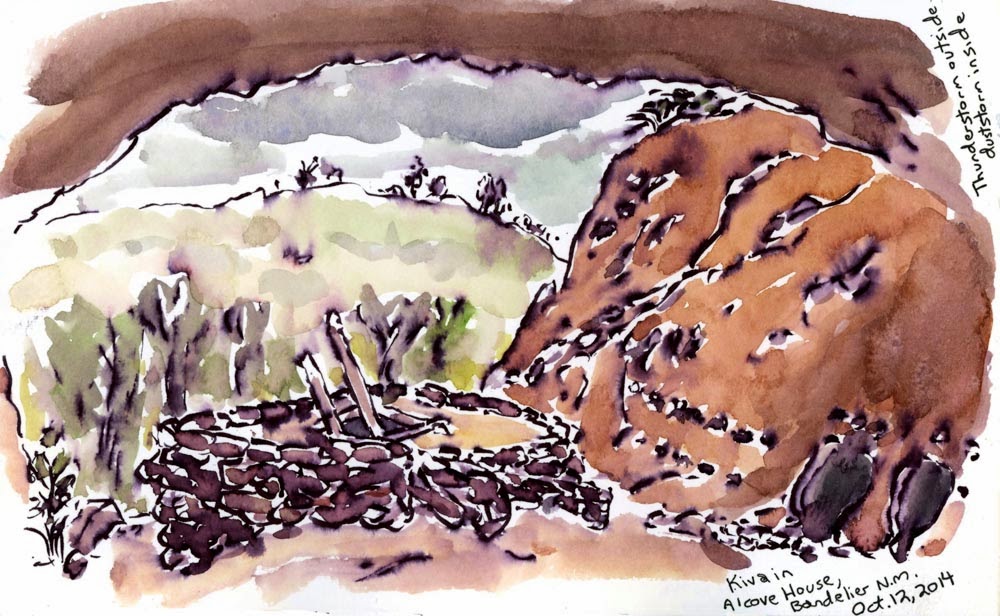 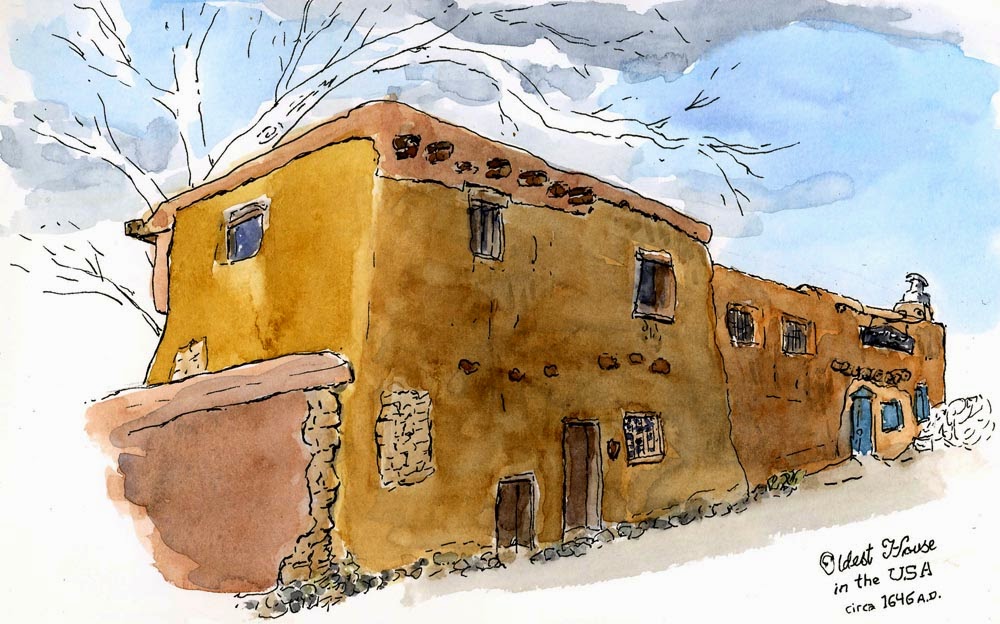 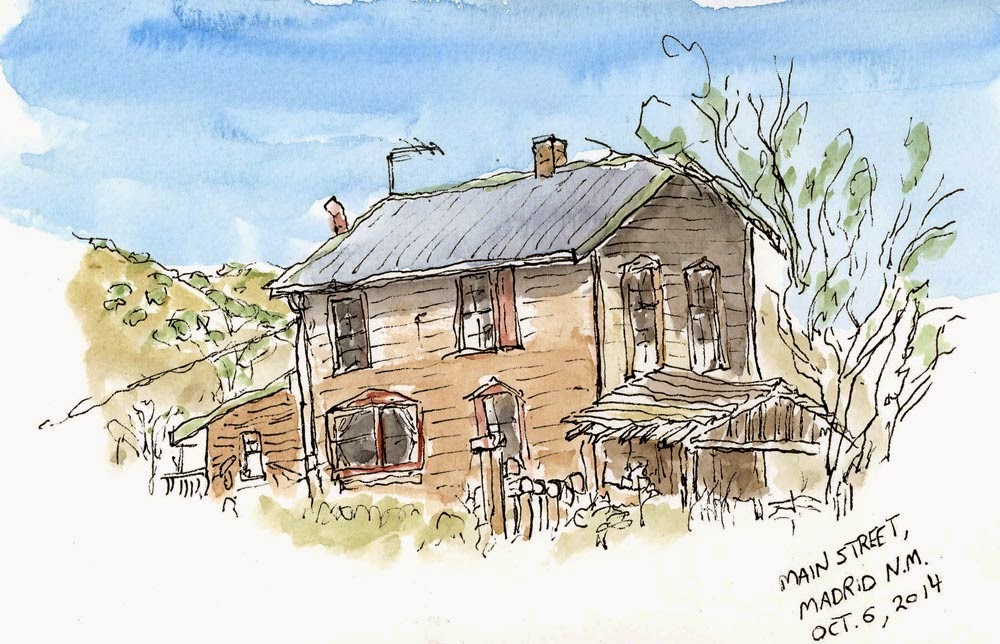