Two trips to Toronto, and a few drawings.  The first is the Evergreen Brick Works in the Don Valley.  I used to ride by it when I was a kid.  It was still in operation then, but on its last legs.  A friend's brother worked there, in quality control - which meant hitting each brick with a little hammer.  "Plink" was good, "plunk" was bad.  Plink plink plink plunk.  Plink plink plink plink plunk...  No such edifying work any more - the area has been redeveloped as a market, cafes, gardens, a wetland, even a private school.  They retained and restored some of the original buildings, but lost the 100-years' worth of chaotic mess that I loved riding through.

Also a view of part of the city skyline from Don Mills.  Don Mills was the first "planned community" suburb, but it is now well treed.  It seems to have a little bit more architectural diversity and character than the endless subdivisions that now surround the city.

And, in case anyone thought that the view out from the Toronto airport is any different than the view from any other airport ... it isn't.  Except perhaps for the subtly distinct skyline of Mississauga in the distance. 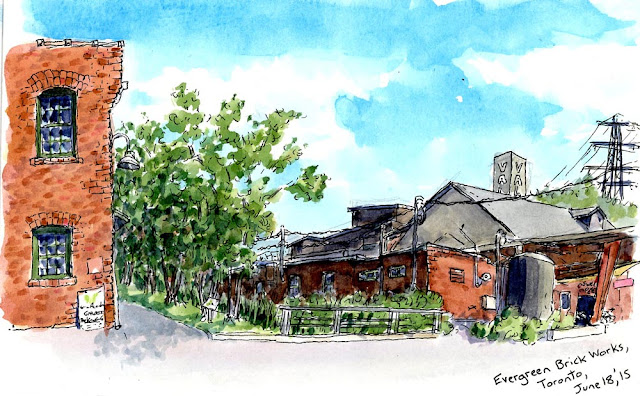 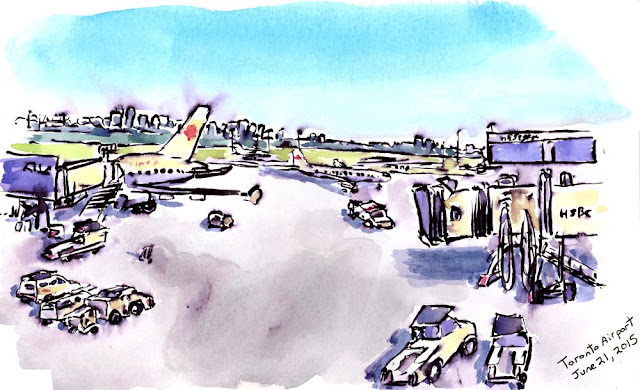