Dr Sketchy returned to a cafe, after the no-fun-loving City of Vancouver shut down the show at the Wallflower Cafe - some licence technicality about not allowing women on stage where good food is served and no gang members are present.  A venue up the street - which should probably remain nameless, because you never know when a Vancouver municipal employee might read my blog - hosted the event, with Lydia deCarlo as Cheeky Tiki.  She had the '60's housewife "exotica" look down pat, with the yellow dress, the hair, and, of course, the leopard-print underwear.  And the cool music to go with it all.  I forgot how much I missed Dr Sketchy nights.  I'll be following it around to its future clandestine locations - until the City of Vancouver shuts it down again, for illegal use of a giant clam shell or simply for being too much fun. 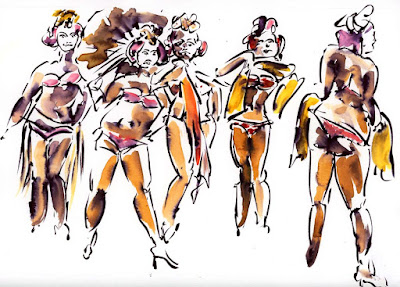 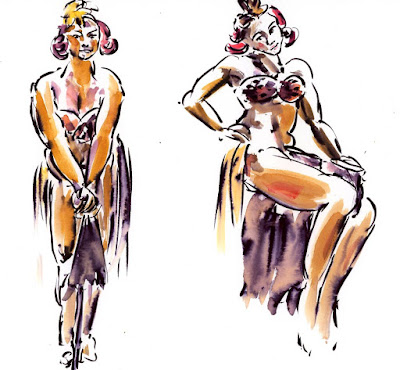 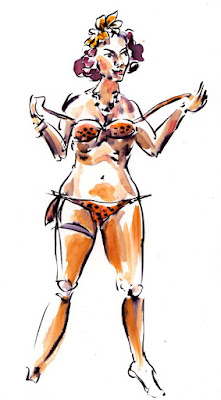 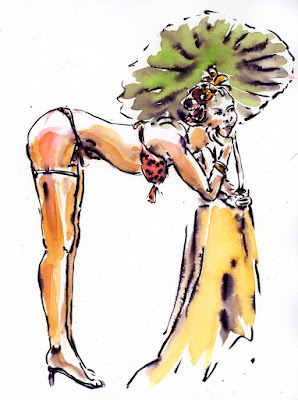 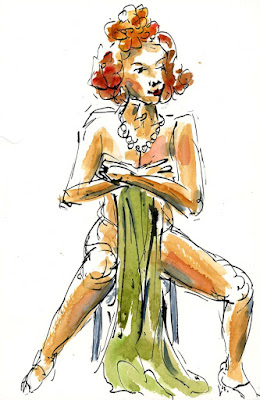 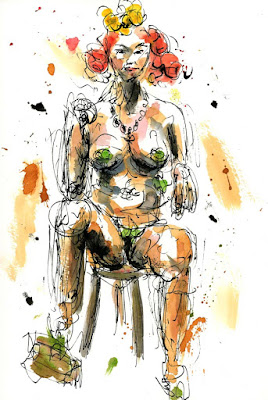