It's a somewhat annual tradition to spend Labour Day weekend at the inlaws' cabin on Gambier Island, in Howe Sound just north of Bowen Island.  I've been going there for 30 years now, and our part of the island has seen a lot of change.  The United Church owned a big chunk of old-growth dry coastal forest - one of the rarest ecosystems in BC - which they sold off.  It was subsequently clearcut (well, high-graded really), roaded, subdivided, and the lots cleared to the point that some look like open pit mines.  Cars, ATV's and a proliferation of generators came with that.  I would find it distressing if I had a cabin there, but the area around my inlaws' cabin is still nice, the family events are fun, and no one has managed to spoil the ocean views.  So I kept my drawing views seaward, and occasionally down to the beach where "the kids" of two generations were playing. 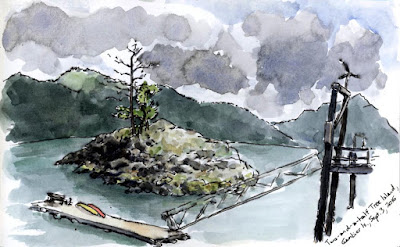 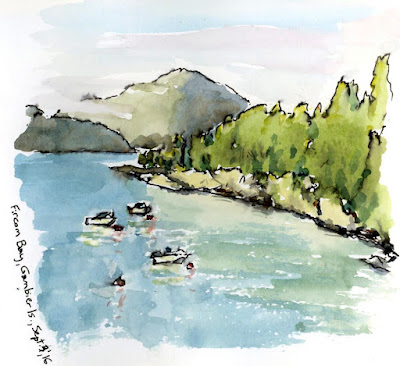 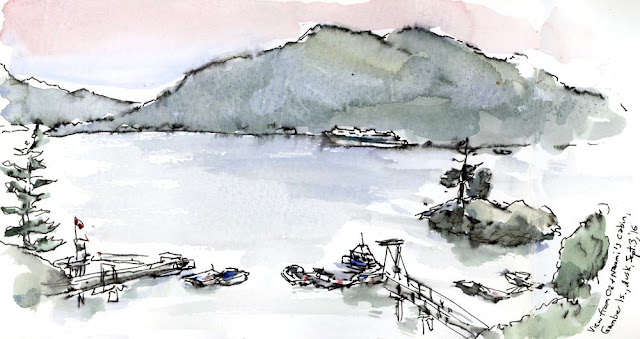 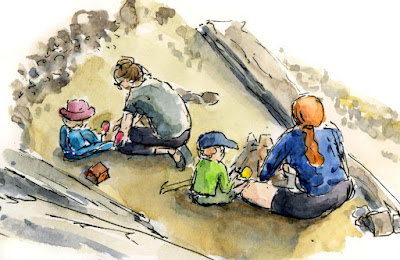