Dr Sketchy's is a great escape from interminable fall rains - crowded, hot, loud, and full of randomness.  And exotic creatures.  You'd think you were in the tropics.  I'm often the source of the randomness, as I occasionally have art-supply management issues.  (It's hard using a pen, two brushes, an ink bottle and a watercolour tray while drinking beer...)  But this time I was at the receiving end.  First a brush came flying in from who-knows-where and added a big black splot to a drawing.  Then the girl next to me dropped a wet painting face down on another drawing.  Finally, another person's lapdog, who was being used as an easel, spilled her (the person's, not the dog's) beer, although that one missed any of my beleagured masterpieces.  I didn't win a coveted Dr Sketchy's prize, even with my "best incorporation of a leopard" contest entry, which I was pretty proud of.  But just getting three hours in the local tropics is a prize. 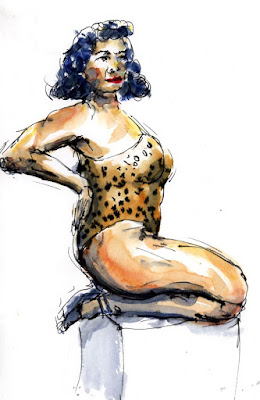 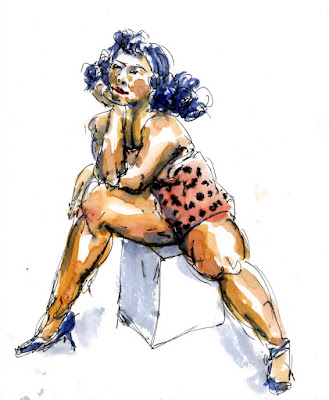 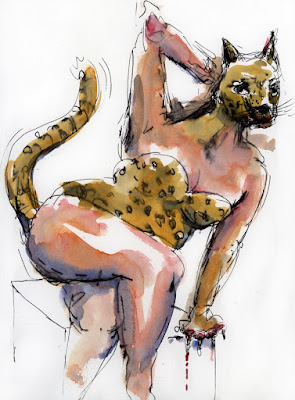 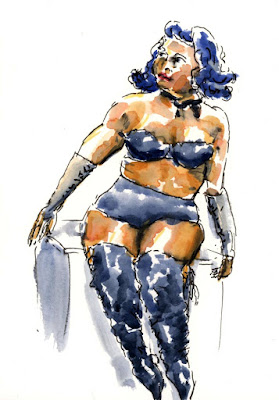 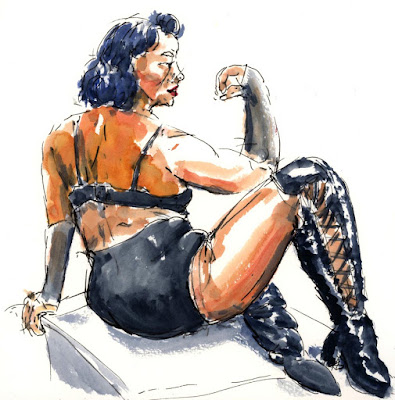