The old-growth forests in North Vancouver were almost all logged in the 1920's and 1930's.  The cedar went to the fashionable cedar shake siding of houses being built for the California citrus boom, while the Douglas-fir became wharves and warehouses on the booming waterfront.  Big stumps are all that is left.  The second-growth is up to 50m tall, but it is dwarfed by your imagination of what the original forest must have been like.  The stumps do provide a substrate for hemlock seedlings, red huckleberry bushes and salal, getting them above the rabble of ferns on the forest floor. 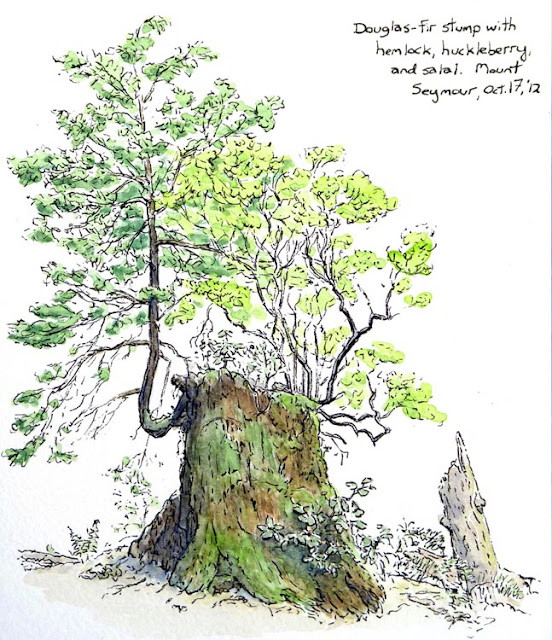