Two nearby members of the Society for the Promotion of Purple Houses, one honorary and one most definite.  The laneway is one of the last gravel lanes, which gives a cheerful small-town feel.  People say the lanes should all be paved so that you don't have to wash your car as often, but the last time I washed my truck was in 1997, so that's not an issue for me.  (It always rains before I get around to it.)  The two Douglas-firs in front of the purple house were majestic trees when our house was built in 1926; the sequoia behind the blue house is working hard to catch up. 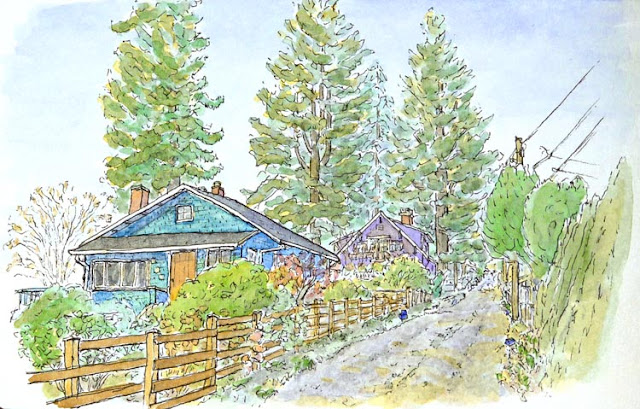