The urbansketcher group met at Davie and Bute in Vancouver.  It's a great place to draw, with the beach nearby, a busy street, some of the big old Vancouver houses a couple blocks away, and some seriously colourful characters.  I drew the Rand house in the Mole Hill area, a lovely 1900 mansion.  It's for sale.  I might buy it, but probably not.  The neighbouring house is also a heritage building, of a more modest scale, but with colourful details.

One small block is closed off at Davie and Bute, and home to a series of picnic tables in all the colours of the rainbow.  A man sitting at the orange table had an orange shirt, orange jacket, orange shorts, orange shoes, orange scarf, orange backpack, orange bag, orange water bottle and orange flowers in an orange vase.  We wondered if he had a similar outfit for the blue table, the purple table...  Or maybe it was just a coincidence? 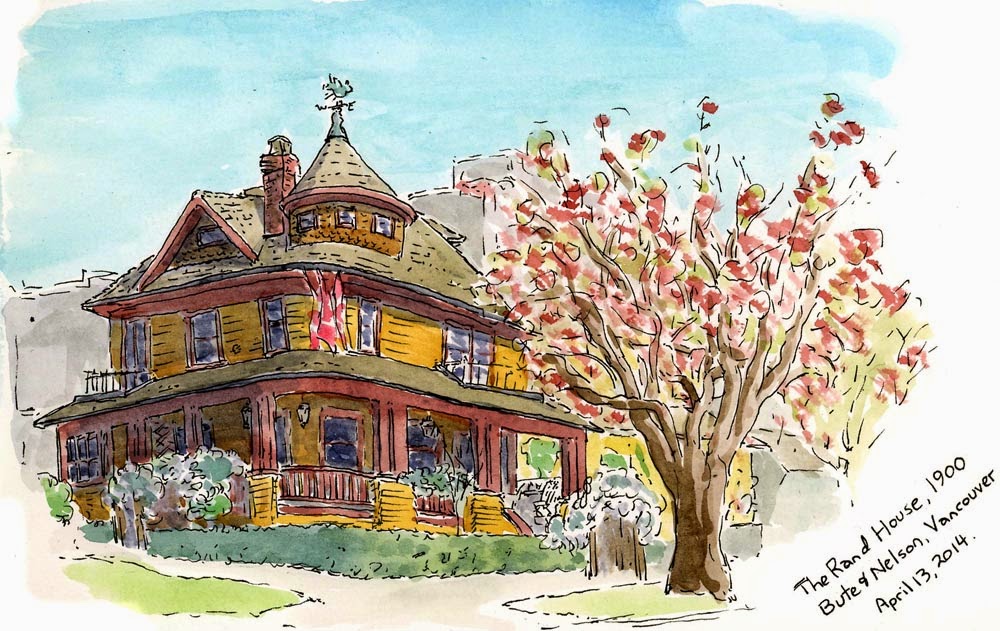 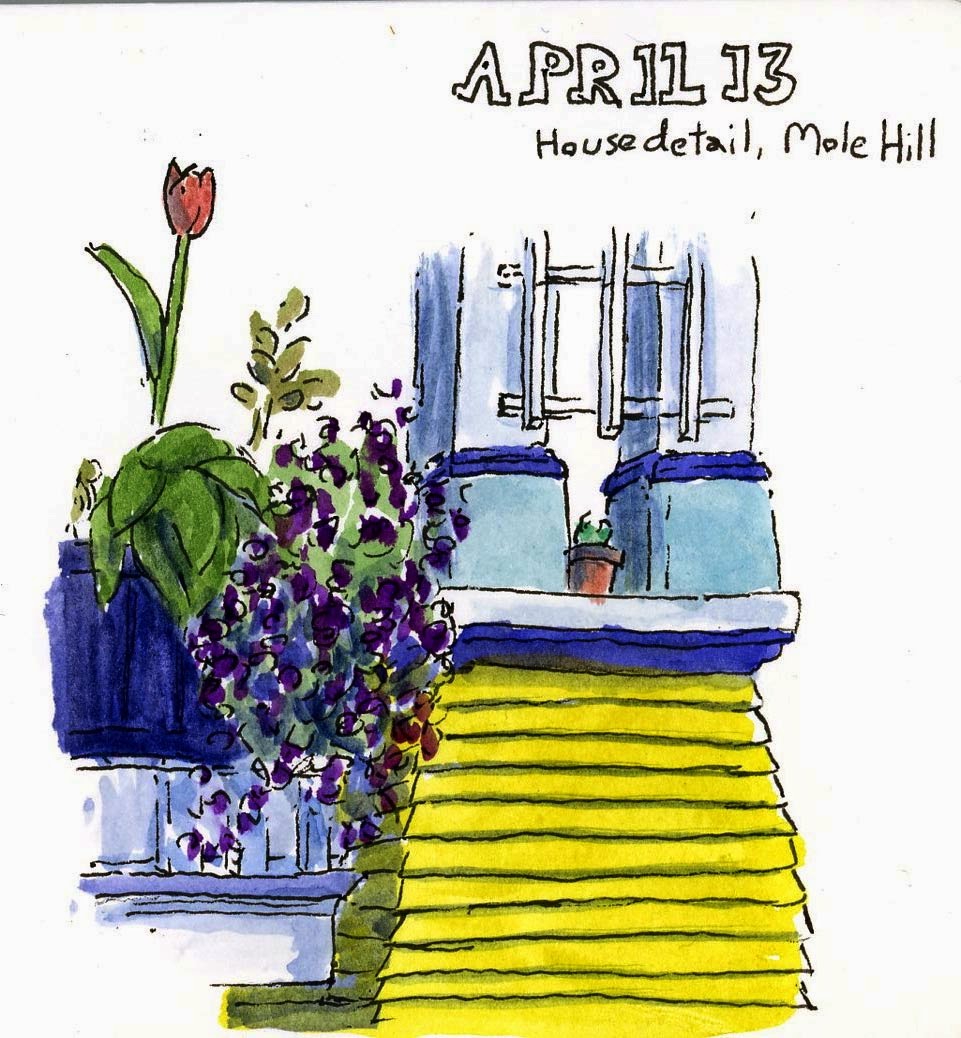 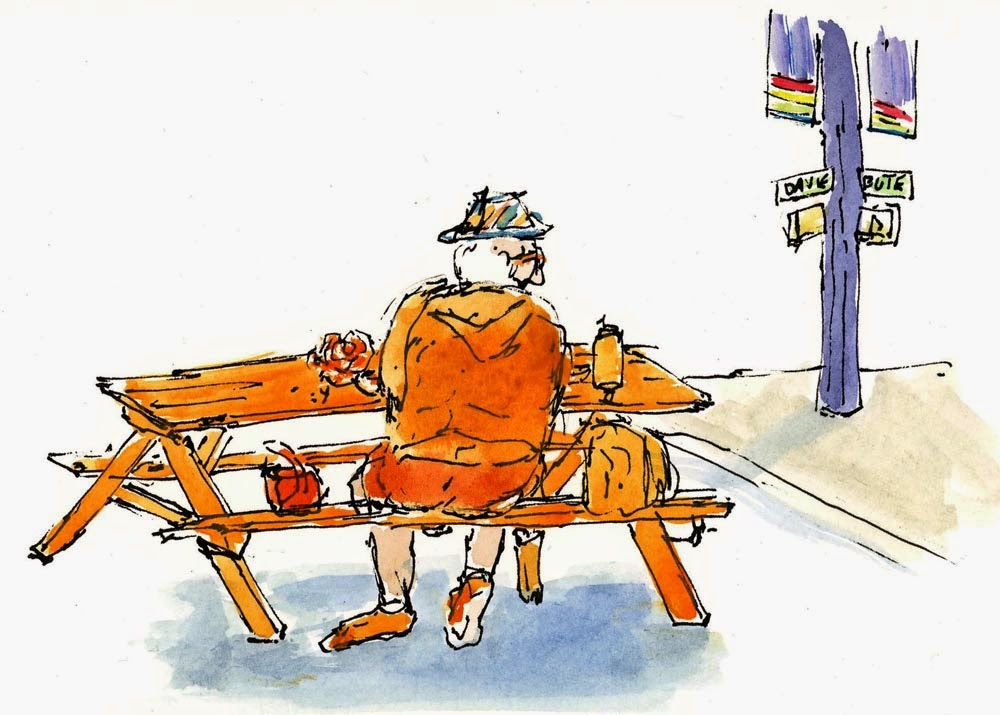