The Vancouver Art Gallery hosted an impressive show of art from the Forbidden City in Beijing.  I went there with the Vancouver Urban Sketchers on the last weekend of the show, which was also the last weekend of the holidays.  Half the population of Vancouver realized that this meant it was the last chance to see the exhibits.  My gallery membership paid for itself in the pleasure of being able to walk right by the line-up that stretched out the door.  There were many groups of elderly Chinese people, probably the generation who migrated here and who would never have had a chance to see the emperors' collections, along with their children, who were translating the information signs for their parents.  The younger generation was struggling with the Mandarin, asking each other "What's the word for..." - I guess you don't get many opportunities to say "Sedan chair for carrying the emperor around" or "Empress' ceremonial coat" too often in Canada.

There was also an accompanying exhibition of some contemporary Chinese art.  I didn't get a chance to see too much of it, mainly because - like half the other sketchers - I was captivated by trying to draw Ai WeiWei's installation of a room full of traditional three-legged stools, all joined together in higgledy-piggledy ways to form soaring arches and swooping caverns.  Most sketchers sensibly focused on a small part, but I foolishly tried to draw all 886 stools.  That show is on for a few more months, so I'll get back to fill in any of the 2,658 legs I missed, and see the rest of the art. 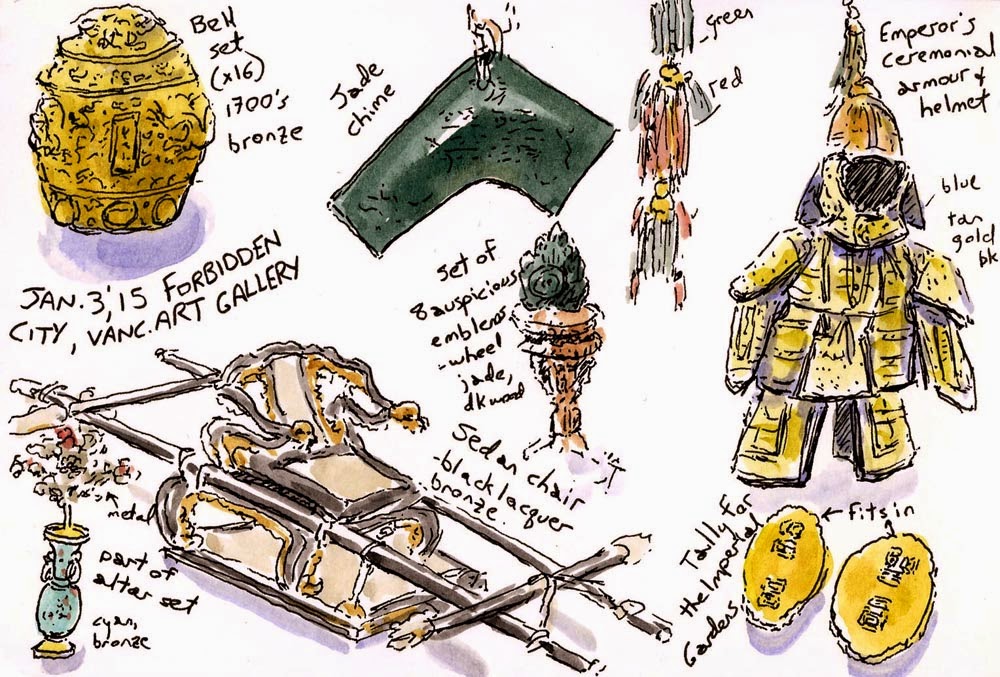 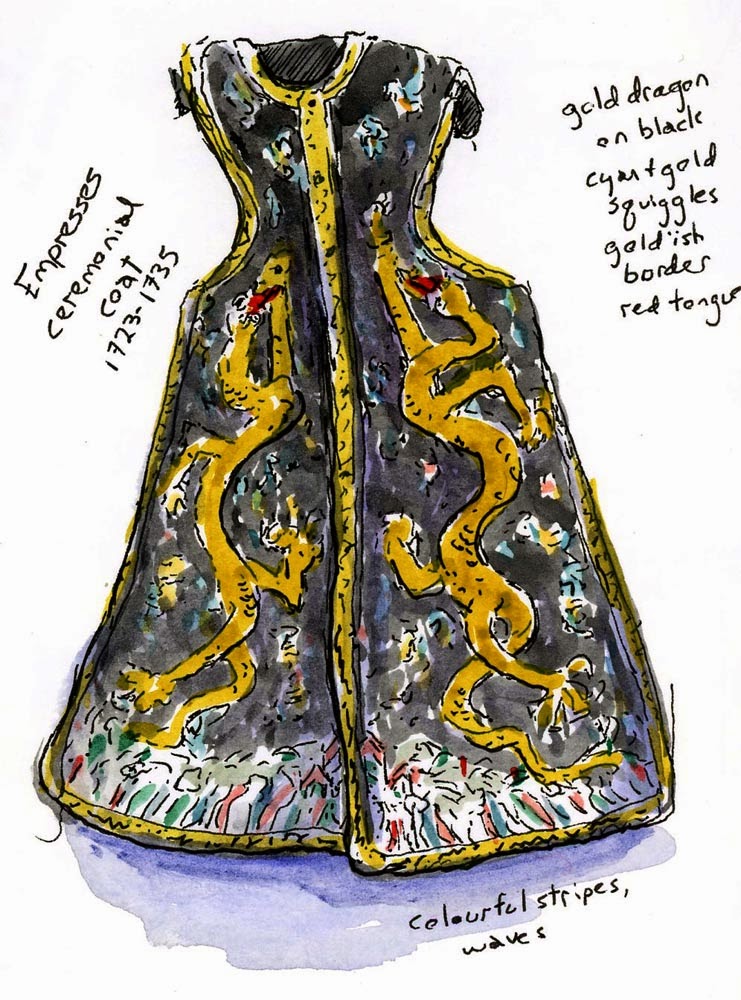 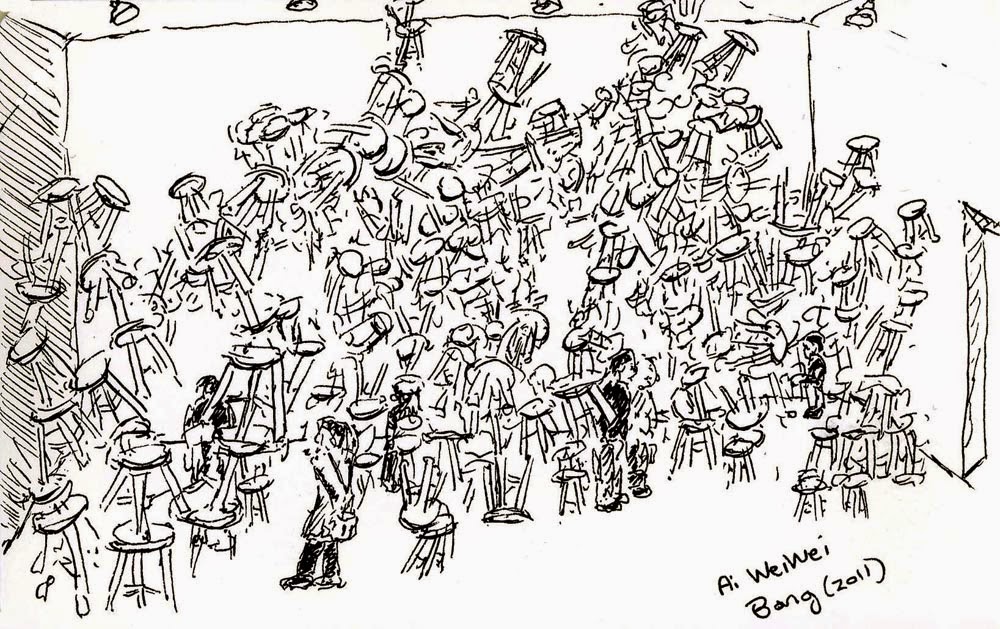