Travel - even a mundane work trip to Edmonton - always brings a few interesting moments.  The best one on last week's trip to oil-land was on the seabus in Vancouver on my way to the airport.  I was drawing with my headphones on, and I noticed the lady beside me watching intently.  After a few minutes, she tapped on my shoulder, handed me her notebook and said "Draw me".  This was a bit stressful, especially because we were about 4 minutes from the end of the trip.  I've learned that doing small portraits in pen, it's very easy to make someone look a lot older than they are - each little line in the wrong place looks like a serious wrinkle.  I managed to do a clean, reasonably accurate 3-minute portrait (which she made me sign - you never know when I might become famous...)  She then did a portrait of me in my sketchbook, adopting a somewhat more minimalist style than I use (I made her sign it, because you never know...).  It was a fun, and rare, interaction between strangers - and less strangers now, because even three minutes of looking intently at someone tells you a bit about them, enough that I was able to recreate the portrait from memory later.

Otherwise, the usual mix of airports, a wintry-grey view from my hotel room, random people sitting places (including the Air Canada lounge at the Edmonton Airport, courtesy of a guest pass, and a Starbucks where I was briefly stranded as freezing rain made being a pedestrian a life-risking venture), and, of course, continued training for my future career as a beer illustrator. 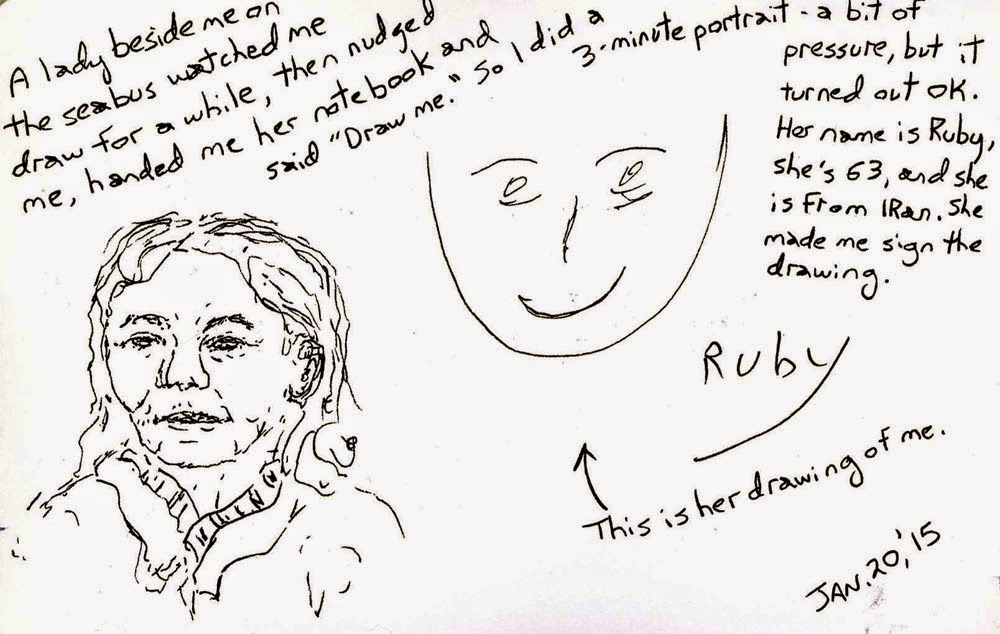 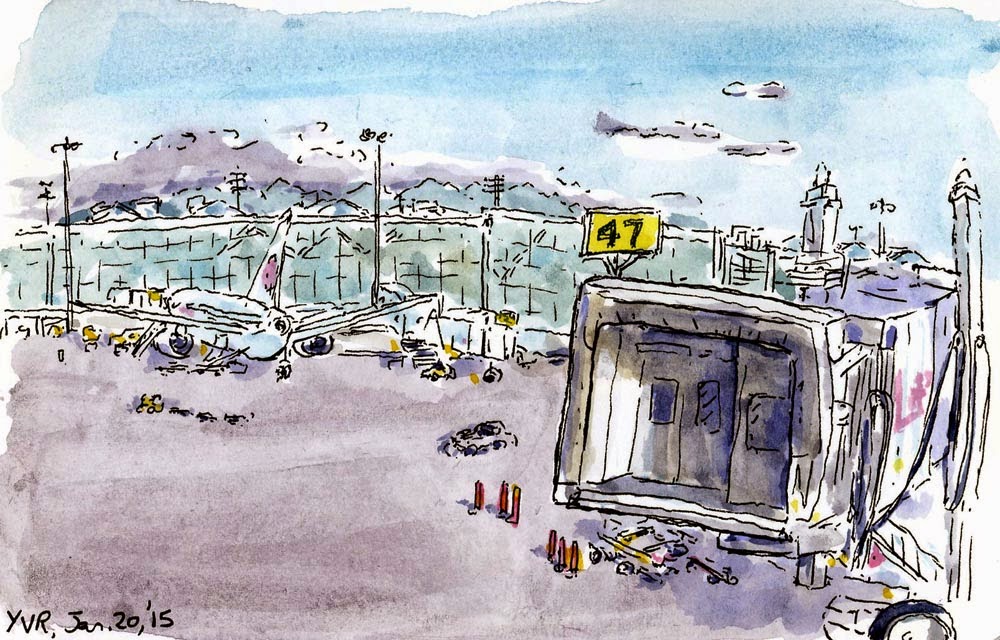 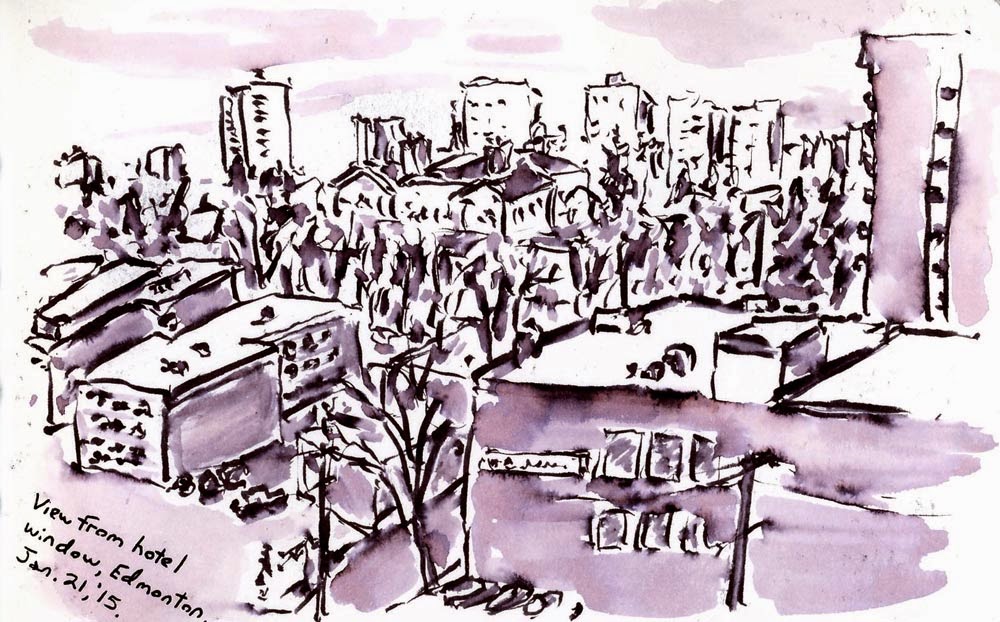 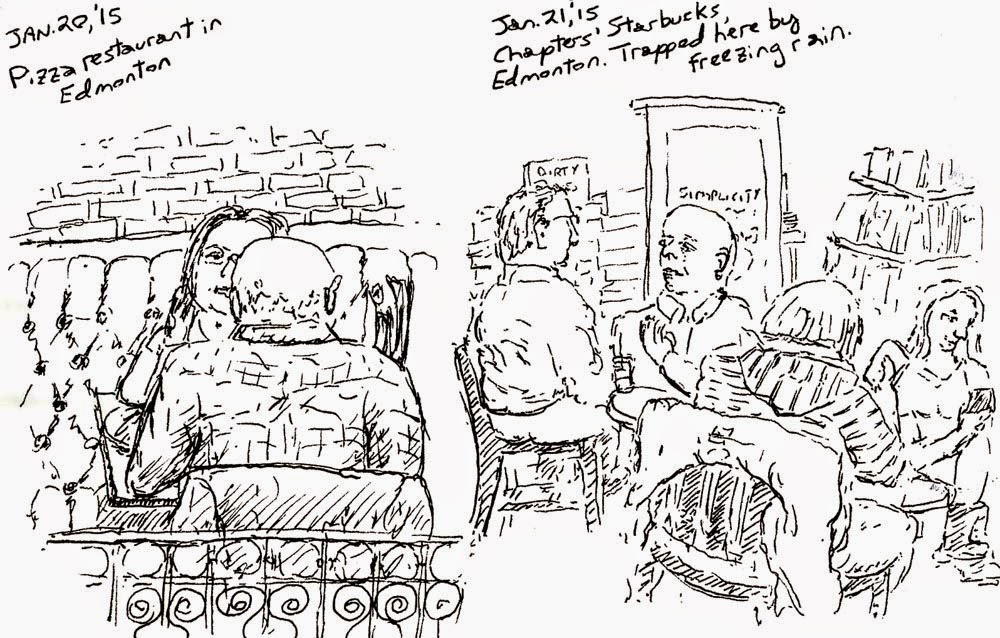 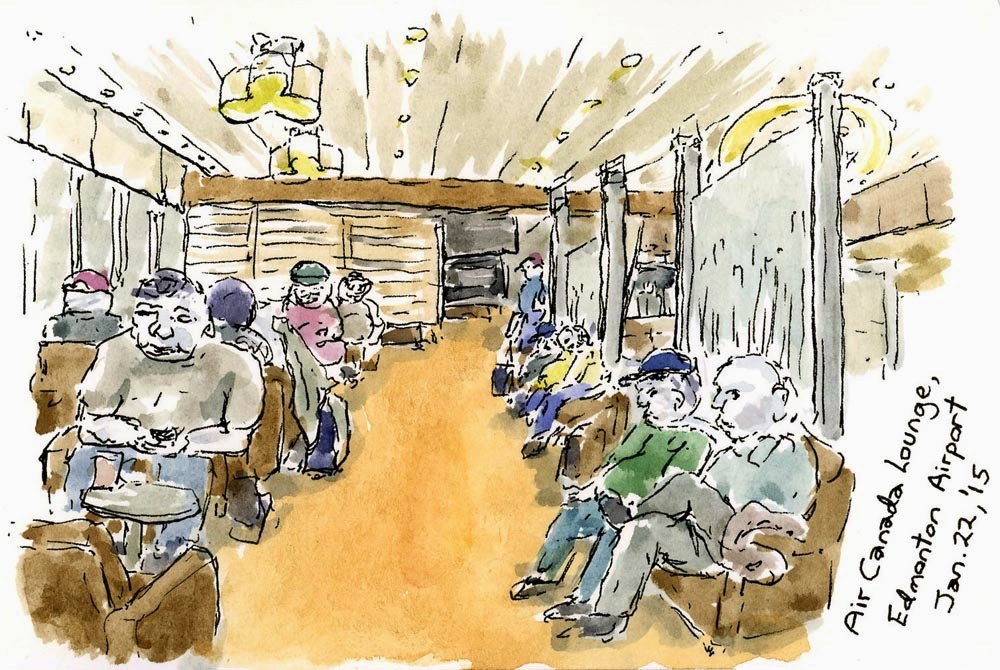 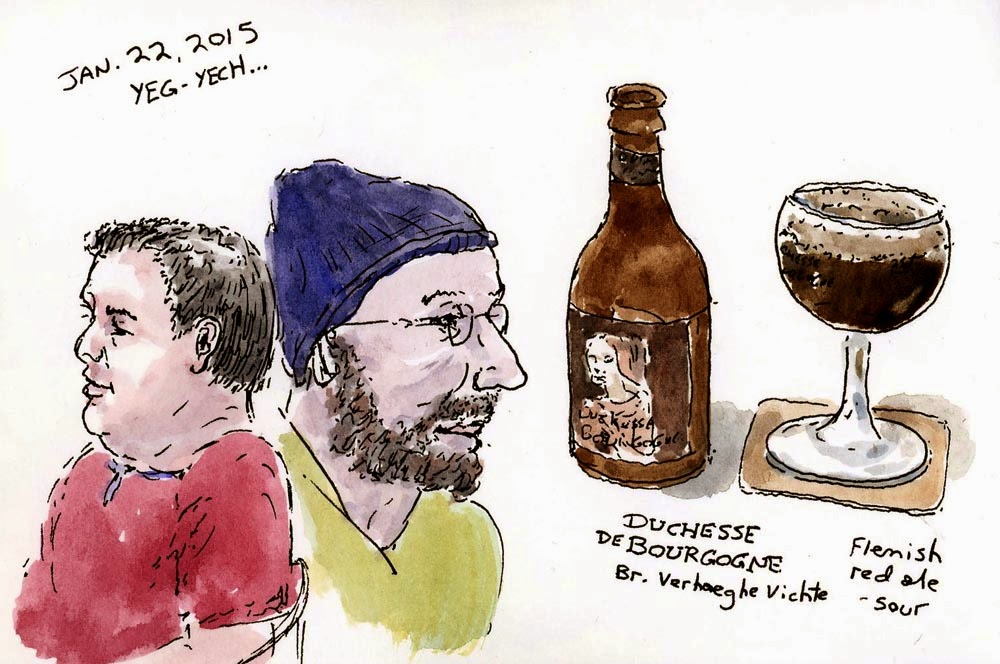