I went over to the Eastside Culture Crawl, but it was really too nice to crawl, so I mostly sketched: one drawing from the railway overpass on Keefer St. done patiently with waterproof pen and watercolour; the other a little further west, done more loosely with water-soluble ink.  On the street, about half the people who walked by were admiring the colours or the architecture of the houses - it was a nice change from North Vancouver, where the houses cover the spectrum from grey to beige, and people tend to talk square feet and market value.  I was painting on my bicycle-studio when a homeless man with an extravagant-in-all-dimensions beard shuffled by with his cart, and muttered as he passed "You're as crazy as I am."  Superficial appearances would suggest otherwise, but he was probably right in many ways.  I took it as a compliment. 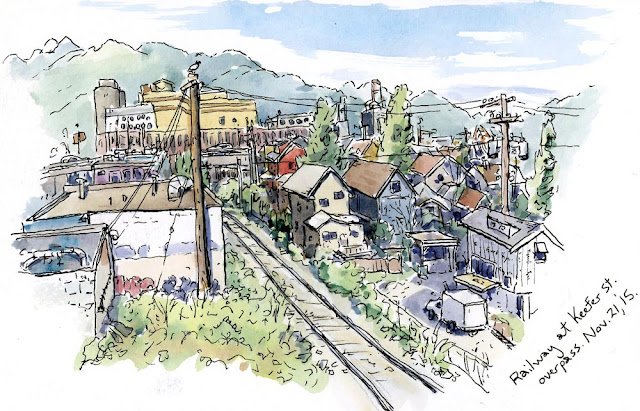 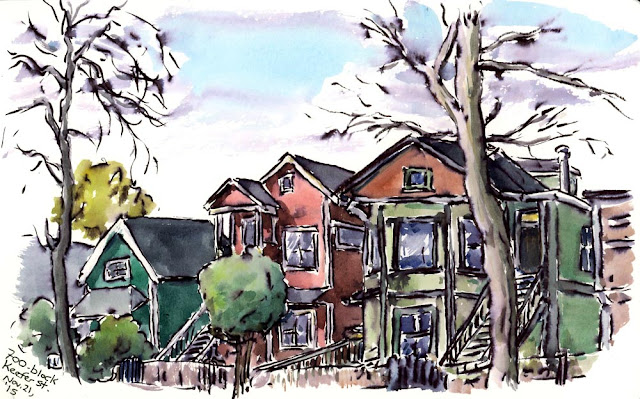