I had a few days in Edmonton, where it was 50 degrees (C) warmer than the last time I was there.  It was almost tropical feeling, with all the flowering trees flowering at once, including fragrant mock orange, hawthorn and many crabapples.  Everyone was out in their minimalest clothing, patios were full, and the often aggressive vibe of Whyte Avenue was much more relaxed.  I even had some time between meetings to draw on the University of Alberta campus, which never happens.  As the week went on, this as-pleasant-as-it-gets scene became an ever-stranger contrast to the devastating fire and evacuation in Fort McMurray, the next city up the road (although 400km away in the dense, dry boreal forest).  But the only direct evidence of that disaster was the extra long line-ups at the Edmonton airport, where many evacuees were heading home to other parts of Canada or to second houses in the south, and the long lines of dog cages being loaded on to their planes. 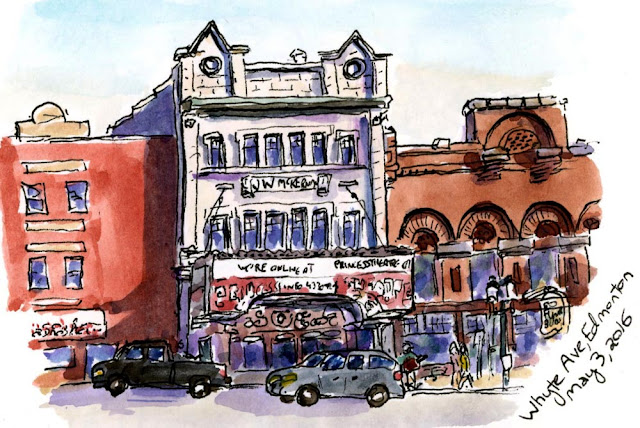 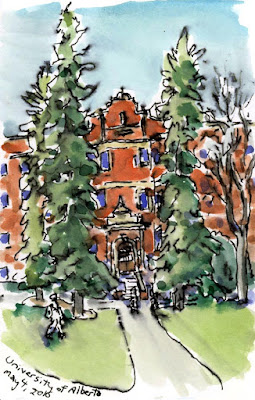 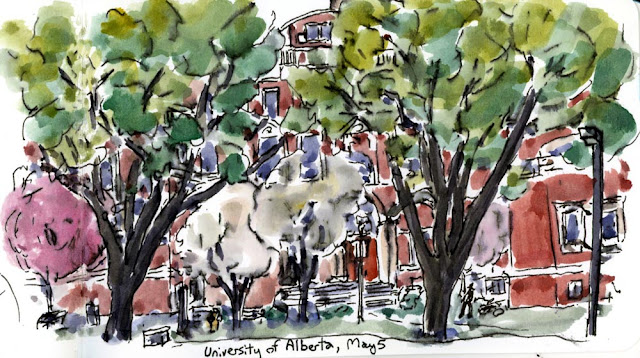 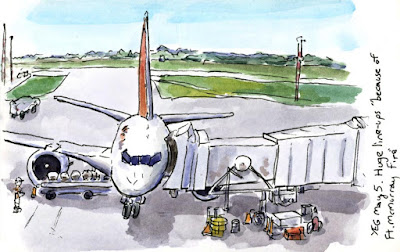 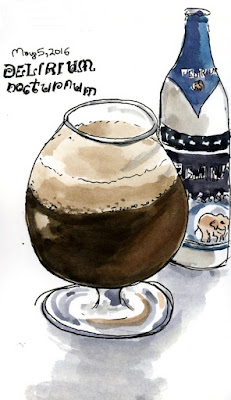