The last legs of our Galapagos trip took us to the small island of Rabida, where Galapagos sealions were doing what they do - which is, lounging.  They are great models, except that they don't really have any shape.  Then we sailed around Santiago Island to Sullivan Bay, where there was a big flow of lava from the 1890's, with just a few lava cactuses and small plants colonizing it.  The water at it edge, on the other hand, was full of reef fish, sharks and a flock of penguins.  The small island of Bartolome just off the bay has a strange tombstone-like rock formation that defied geological explanation, until we learned that it was the result of the American air force bombing a volcanic caldera.  Apparently the troops stationed there didn't have anything else to do during World War II.

A couple long trips gave lots of time to draw the sails and rigging of our catamaran, the Nemo II.  The last stop was at Genovesa, one of the more remote islands in the north of the archipelago.  It is a flat old island, surrounded by cliffs, and is covered in nesting seabirds - three species of boobies, two frigatebirds, tropicbirds, storm-petrels, gulls and herons, as well as a unique Darwin's finch.  It's also fascinating for its remoteness in the open ocean.  The next day was back to Baltra and the plane to the mainland. 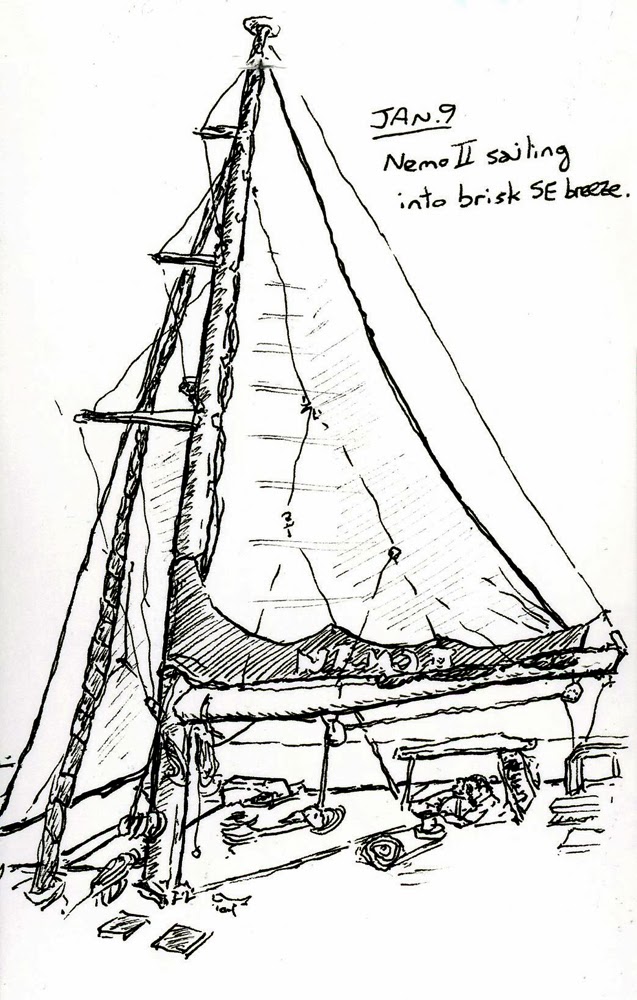