We were happily surprised by the number, variety and quality of microbreweries in Montreal.  We had a sampler of 4 beers from Dieu du Ciel, 3 out of 4 of which were excellent (the framboise was extravagantly awful, which is probably better than just bland).  Beer illustration is an artistic niche that I might have to investigate further - although I would have to learn to draw at least vaguely symmetrical beer glasses. Another entertainment for us masses was Cirque du Soleil, where we saw the show Kurios.  It has a steampunk theme and electro-swing music, both favourites of ours, so the scenery and sound was a bonus on top of the always incredible acrobatics.  Fortunately it was too dark to draw during the show, so I could watch the performances and just drew some of the characters and contraptions before and at intermission. 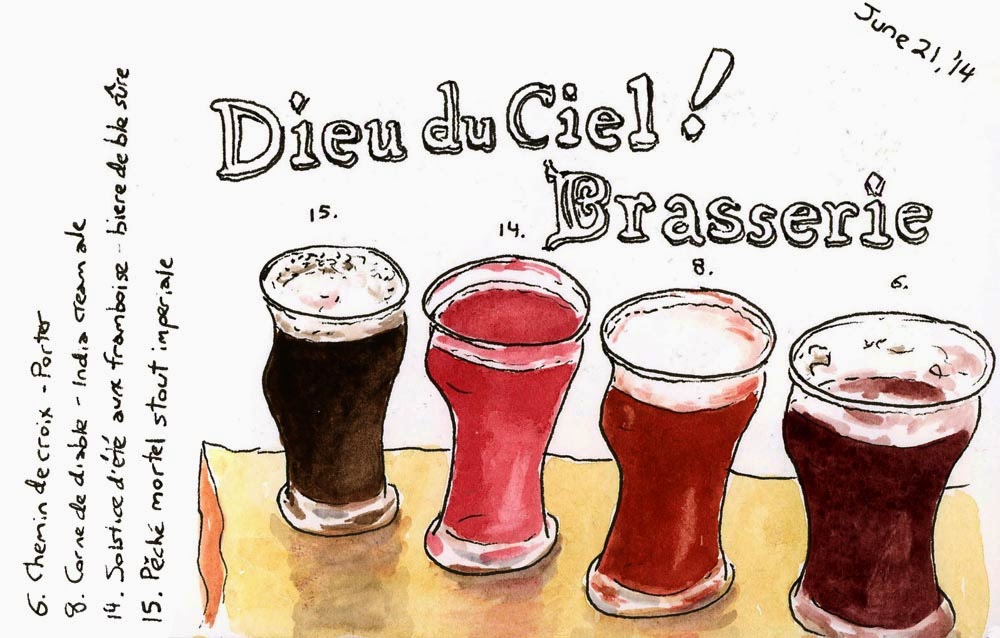 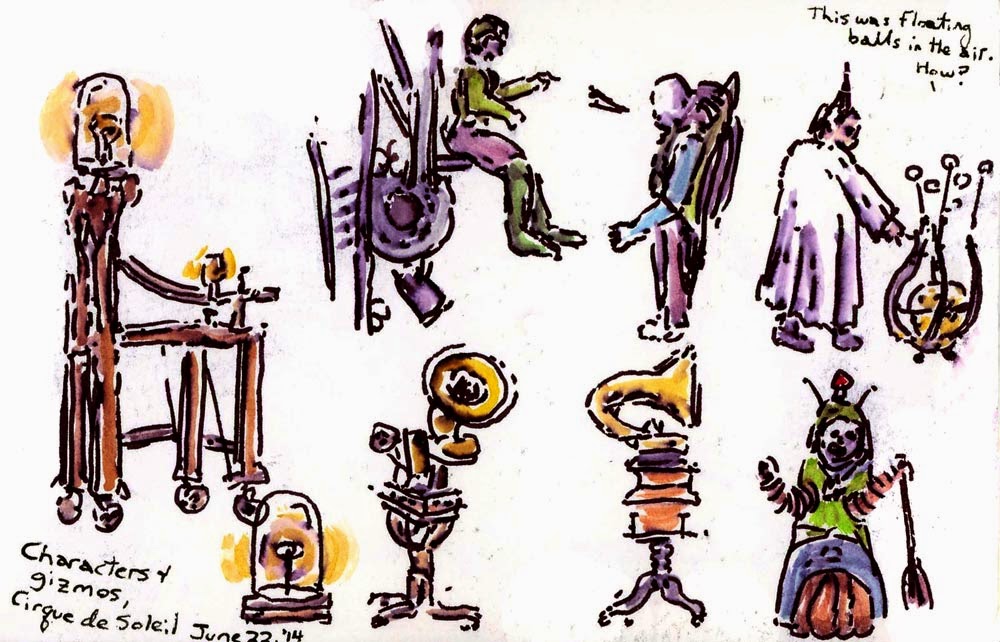 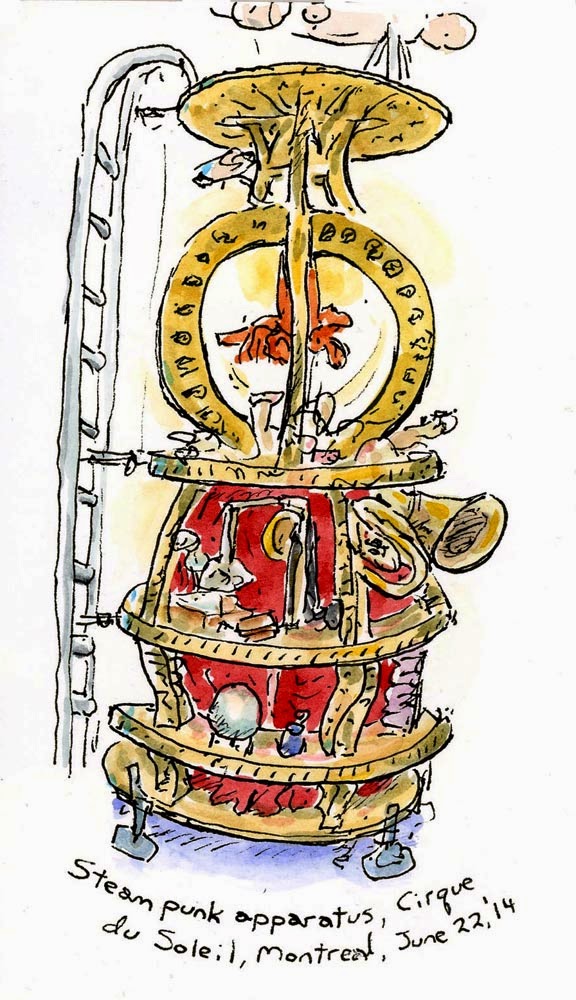