Three more from Montreal, all on Mont Royal, which backs the downtown, and helps create distinct neighbourhoods near the city centre.  The first is a view of downtown from the Chalet (=enormous lodge), drawn and painted with increasing franticness as I roasted on an exposed sunny terrace.  The squirrel is one of a series of identical sculptures sitting on the end of every roof beam in the timber-framed chalet.  I think my drawing captures the inherent dual nature of squirrels - cute and diabolical.

The last painting is Saint Joseph's Oratorio, an impressive building built over several decades in the early 20th century, with a quite strikingly modernist interior.  I found a shady bench with the view at a nice angle, only realizing later that I was in the backyard of an old-folks' home.  I was the star attraction of the day, and about 10 old Quebecois men came up to talk to me.  My French has gotten quite bad, but my old Quebecois is hopeless, so I didn't really understand anything they said.  But I just went "Ah, ouais" a lot, and that seemed to work to keep the conversation going.  I've seen some stunning pictures of the Oratorio by Montreal sketchers, so I was a bit intimidated, but it came out pretty well. 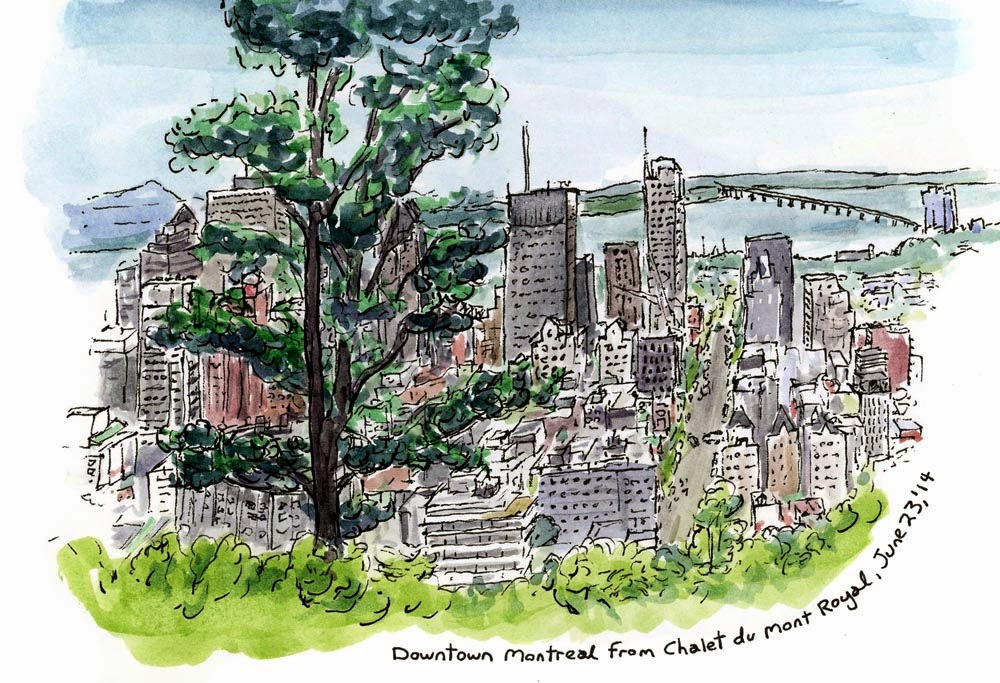 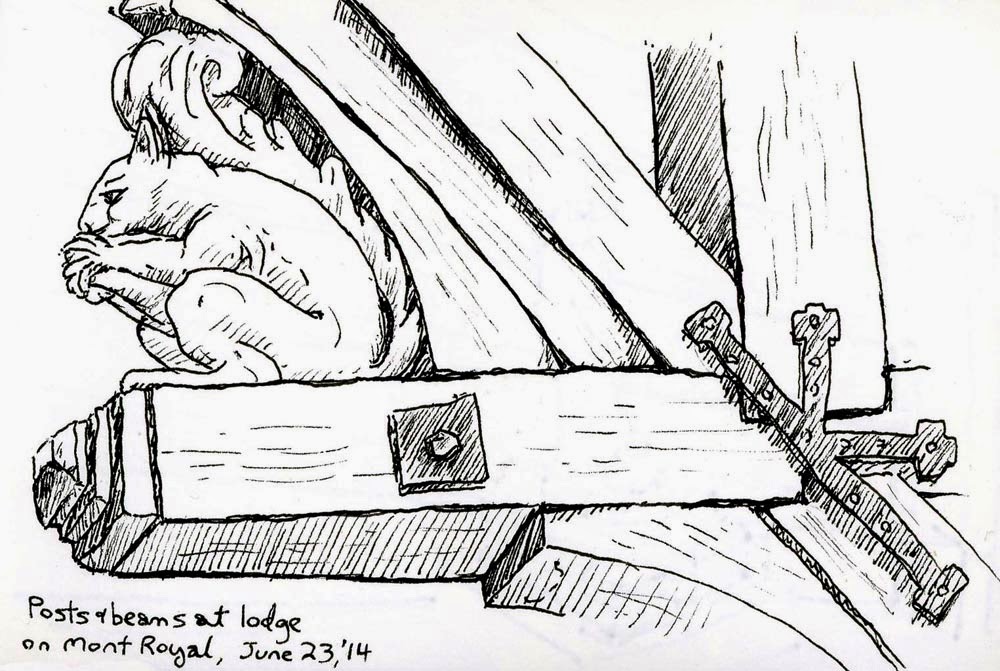 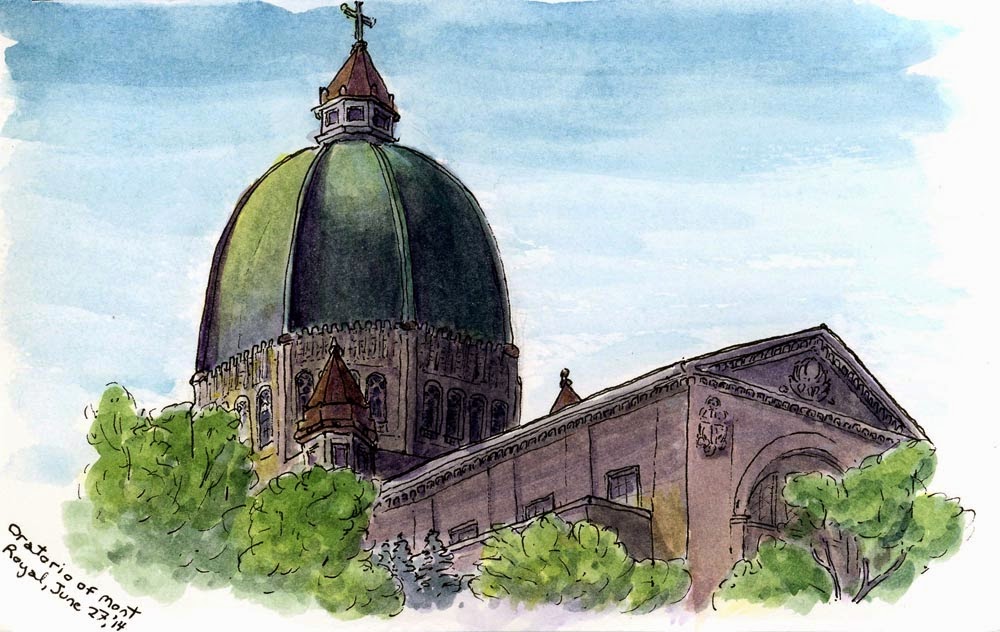