One of our days in Montreal was a steady summer rain, a nice opportunity for some dolce far niente.  I went to the Musee des Beaux-Arts, which didn't really grab me - it seemed too educational, one of those one-Rembrandt-one-Renoir-one-Rothko places, and an awful lot of ramps and corridors.  But it is in one old and one new building, connected by tunnels on opposite sides of the street, which allowed a (perspectively-challenged) sketch out one new window to the old building across the road (with an exuberant Chihuly glass sun sculpture out front). 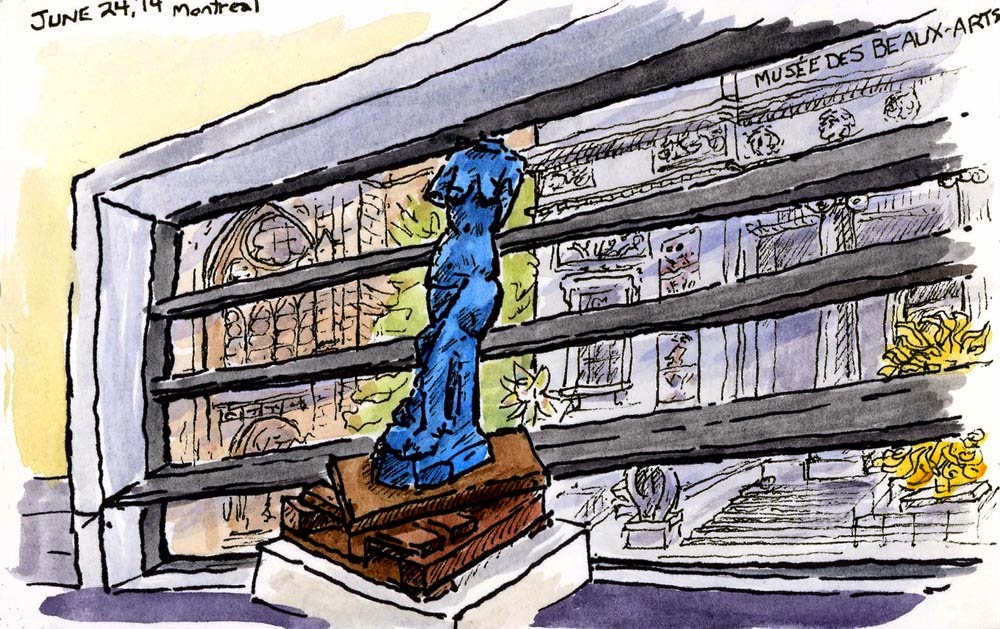 I sheltered in a cafe for part of the afternoon.  There are far fewer coffeeshops than in Vancouver, but unlike Vancouver, you can draw elegant buildings out their windows (rather than having to draw the Starbucks that is across the street from the Starbucks you're in). Then in the still drizzly evening, I drew part of a grand, albeit anonymous, civic building, staying dry in the entranceway of an equally grand building across the street. 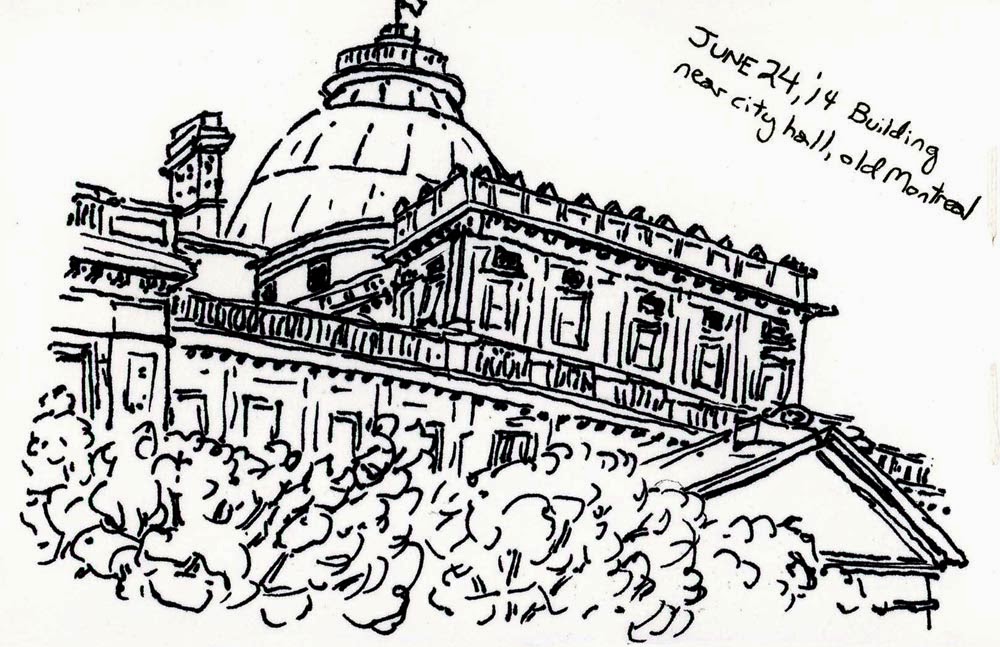