I usually seem to miss cherry-blossom season in Vancouver, because it is also fiscal year-end for those of us dependent on contracts.  But today after pruning trees - a month late or so - I got out to draw a flowering cherry.  I was just thinking that we appreciate cherry blossoms more because they are so important to Japanese people, when a young Japanese man who was probably here "learning English" (a euphemism for "goofing off for a year"), came by, looked at the tree I was drawing for several minutes, took one photo from a very particular location and angle, then headed off.  Shortly after that, another man came up, looked at my drawing and said "Did you just draw that?"  "Yes." Then, pointing to my pen and brush, "With those?"  "Um, yes..."  I think some people are truly surprised to find that people actually make pictures, rather than just clicking a camera or downloading them.  But watching the Japanese student look for several minutes before taking a single photo was also a lesson in picture-making for me. 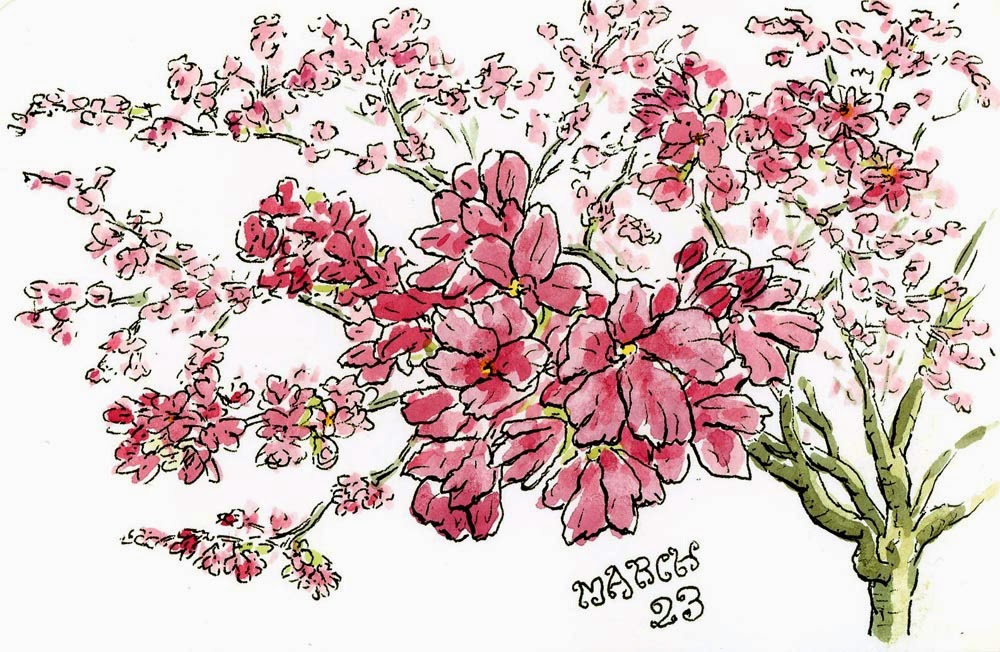