Caribbean Days are a big event in North Vancouver, a place that doesn't have many big events.  There aren't many people of Caribbean origin here, but they come from all over the Lower Mainland for the parade and general festivities after, along with many other people.  The parade alternated Caribbean and other groups: Caribbean, Falun Gong, Caribbean, Salvadorean, Caribbean, Turkish(?), Caribbean, ancient Egyptian, and so on.  Drawing the traffic police before the parade was fairly easy.  They don't move much.  But drawing a parade of elaborately costumed people dancing by - not so easy.  They say sketchers need to simplify complex subjects, so I decided to focus on drawing the girls.  It's important to work within a strict set of aesthetic constraints like that.  In the end, I became part of the parade, walking backwards for three blocks while sketching the elaborately costumed soca dancer below (I added the paint later).  I probably would have stood out in the middle of the carefully organized Falun Gong band, but I was just part of the general pandemonium of the soca troop. 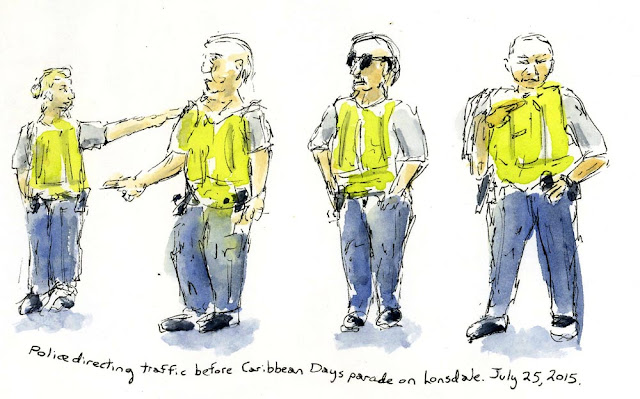 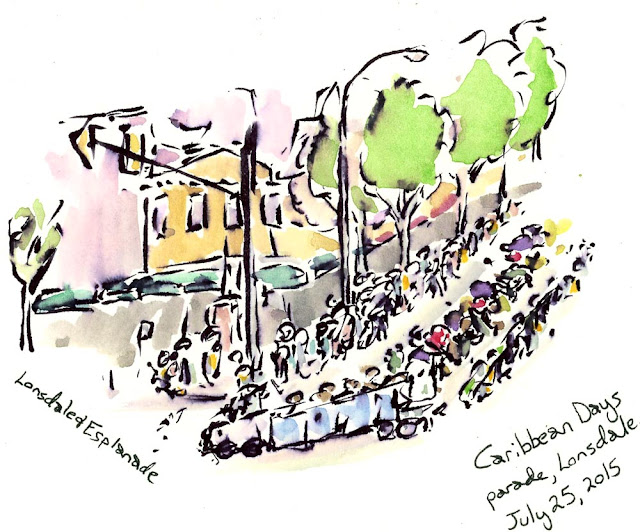 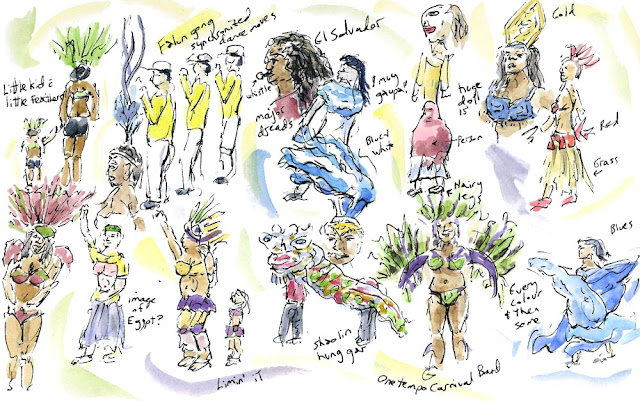 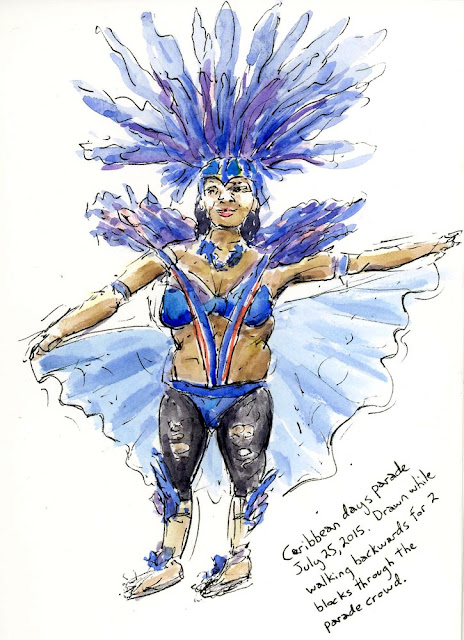