The first place I decided to sit around was outside the Museo de la Revolucion, a former presidential palace turned into a museum commemorating the Cuban revolution.  People who know my (highly undeserved) reputation for attracting attention from security guards when I draw will not be surprised to know that I looked up from drawing the impressive building to see six soldiers heading straight towards me, in full goose-step mode.  I was aware that you're not supposed to photograph police or military areas, and figured that I had just involuntarily extended my stay in Cuba.  But once they got to me, they broke step, started smiling and talking, checked out my drawings, and headed into the building behind me.  It turns out I was sitting on the steps of their barracks. 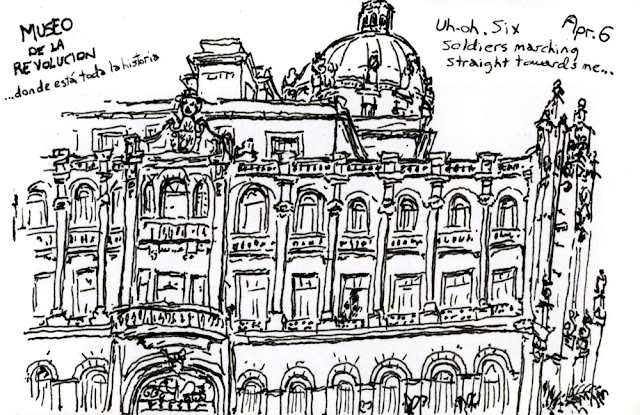 I had spent a lot of time in Havana taking candid pictures of people, so I figured it was time to do some people drawing.  With life lived in the street, there is no shortage of models. 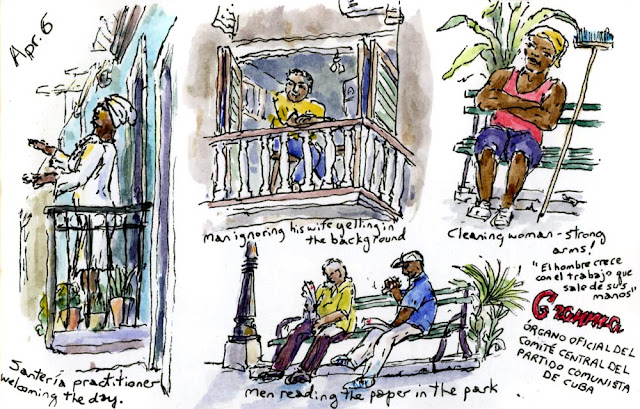 I did one more drawing of the buildings, with their fascinating mix of ornate, decayed, and sometimes downright collapsed structures and details.  Judging by comings and goings, many people were living in all these buildings, including somewhere in the back of the one that was missing a roof, floors and some walls, and had trees growing out of it. 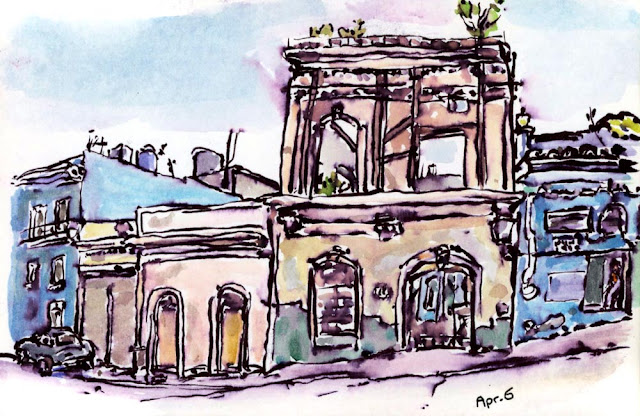 Then a few random details in the evening: practicing for my beer-illustrator career with dark beer at a micro-brewery, a rare or maybe unique thing in Cuba; a mojito that I managed to draw before drinking; little bits of architectural details that are everywhere; a restored church dome seen over a collapsing and patched-together wall.